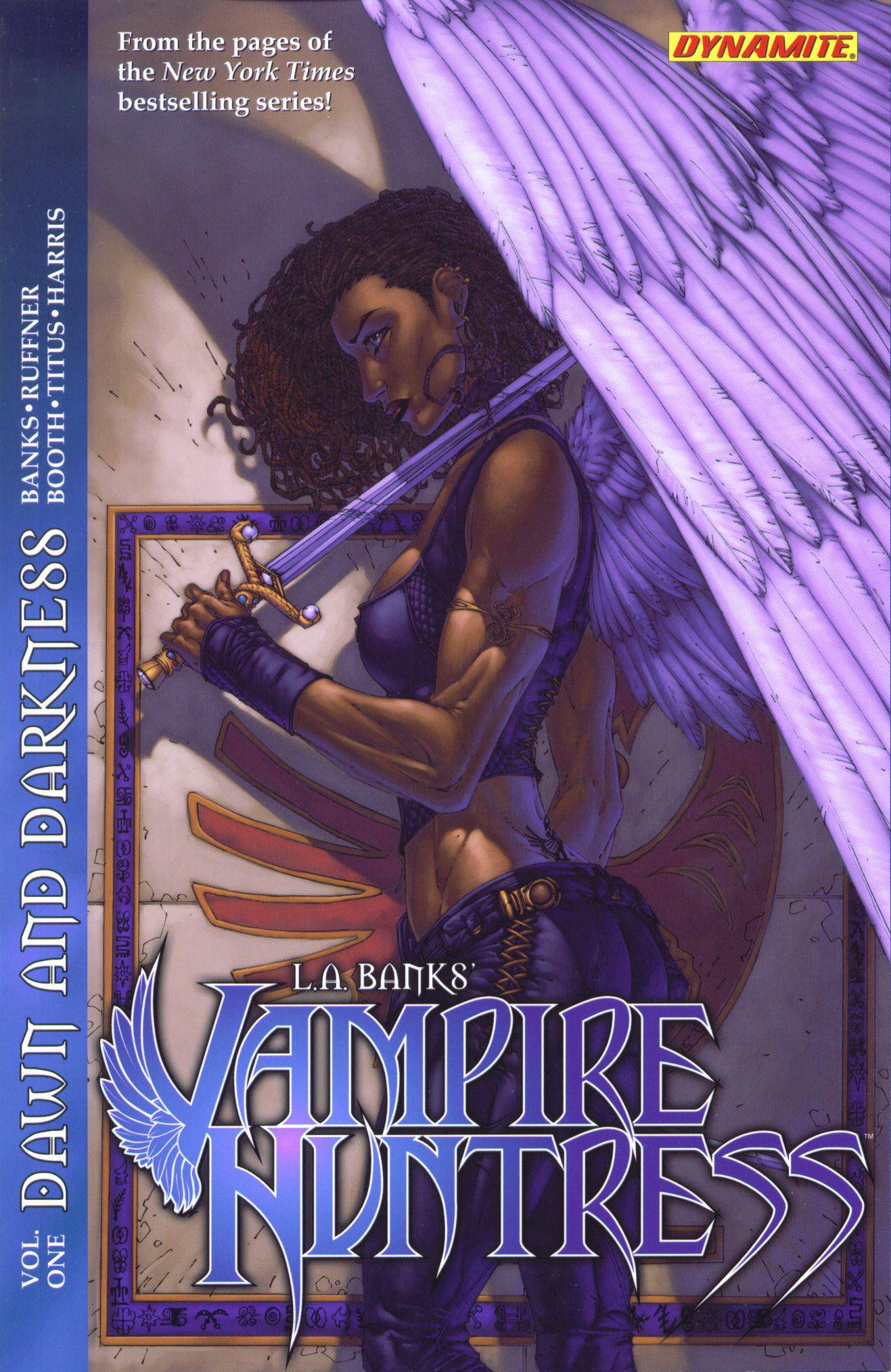 #
FEB111004
(W) La Banks (A) Gregory Titus (A/CA) Brett Booth
Follow the famed Neterus and the Neteru Guardian Team from the epic 12-novel Vampire Huntress Legend series as they take the fight against evil beyond the Armageddon. In the Dawn and Darkness graphic novel (collecting the four-issue series), the team is still searching for the wounded Anti-Christ while trying to avoid the wrath of Lucifer. Complicating matters, several members of the team are pregnant with the next generation of Warriors of Light, and the darkness wants them and their unborn wiped off the face of the planet. To make matters worse, a new predator is hunting humans - something not wholly vampire or werewolf or like any demon they've ever encountered... and this time the predator is out for more than just blood!
* L. A. Banks is the recipient of the 2009 Romantic Times Booklover's Career Choice Award for Paranormal Fiction as well as the 2008 Essence Storyteller of the Year award. Ms. Banks has written over 42 novels and contributed to 12 novellas, in multiple genres under various pseudonyms.
* The Vampire Huntress: Dawn And Darkness is an original story that takes place after the epilogue in the 12th and final book in the Vampire Huntress series of novels and should not be missed by her fans or anyone who enjoys great paranormal fantasy!
In Shops: May 25, 2011
SRP: $16.99
View All Items In This Series
ORDER WISH LIST