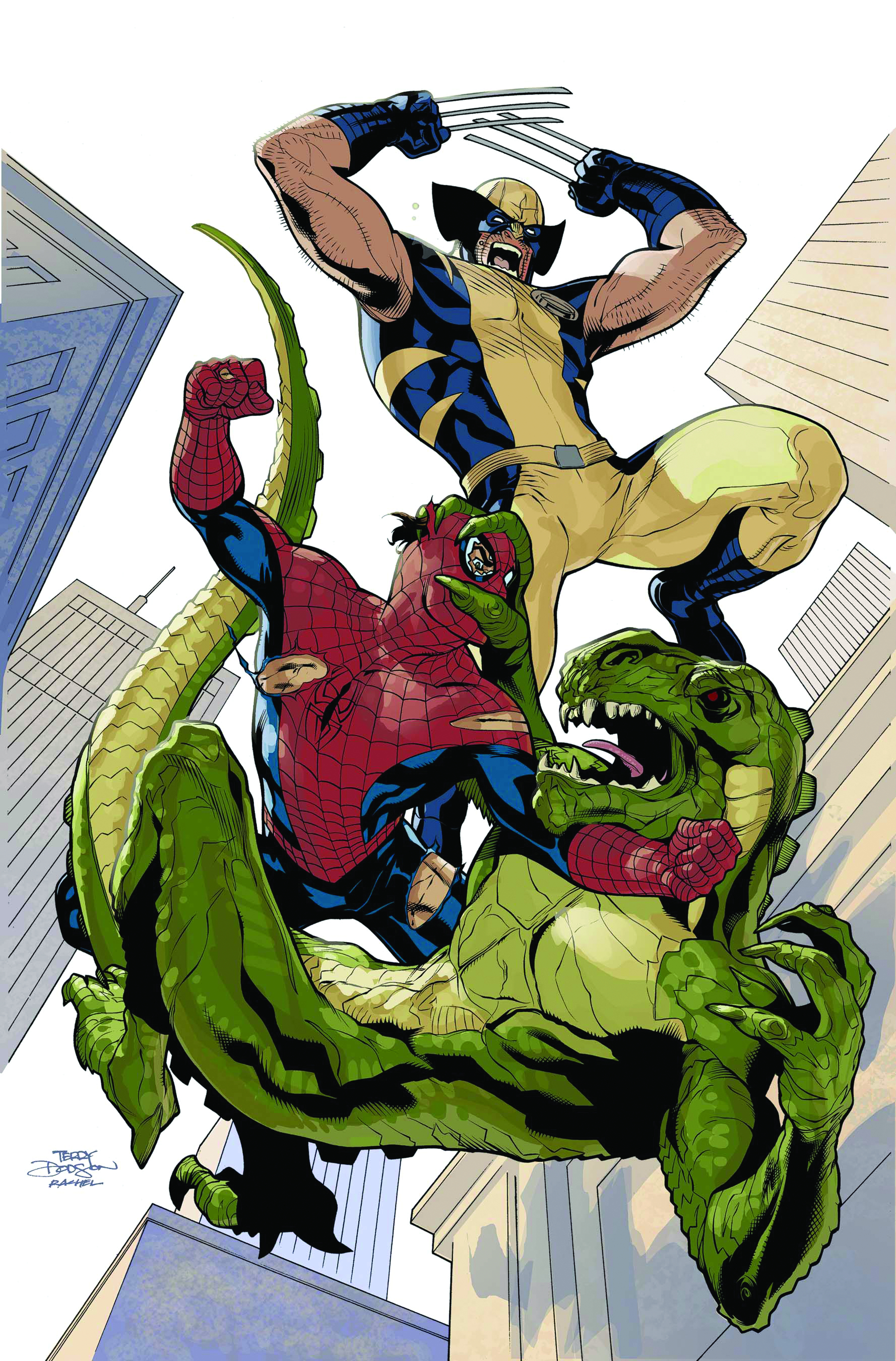 FEB110607
(W) Victor Gischler (A) Ben Steeves, Chris Bachalo, Paco Medina (CA) Terry Dodson
Written by VICTOR GISCHLER
Penciled by CHRIS BACHALO
Cover by TERRY DODSON
Variant Cover by CHRIS BACHALO
Thor Goes Hollywood Variant by TBA
"TO SERVE AND PROTECT," CONCLUSION
The X-Men and Spider-Man have made their way through the New York City sewers only to be overwhelmed by a legion of bloodthirsty reptilian monsters. Now they've been captured and turned into mindless creatures themselves with only Spider-Man and Emma Frost left unscathed. Can this unlikely pair work together long enough to restore the X-Men and defeat their mysterious opponent? Or will they too join the ranks of the Lizard X-Men?
32 PGS./Rated T+