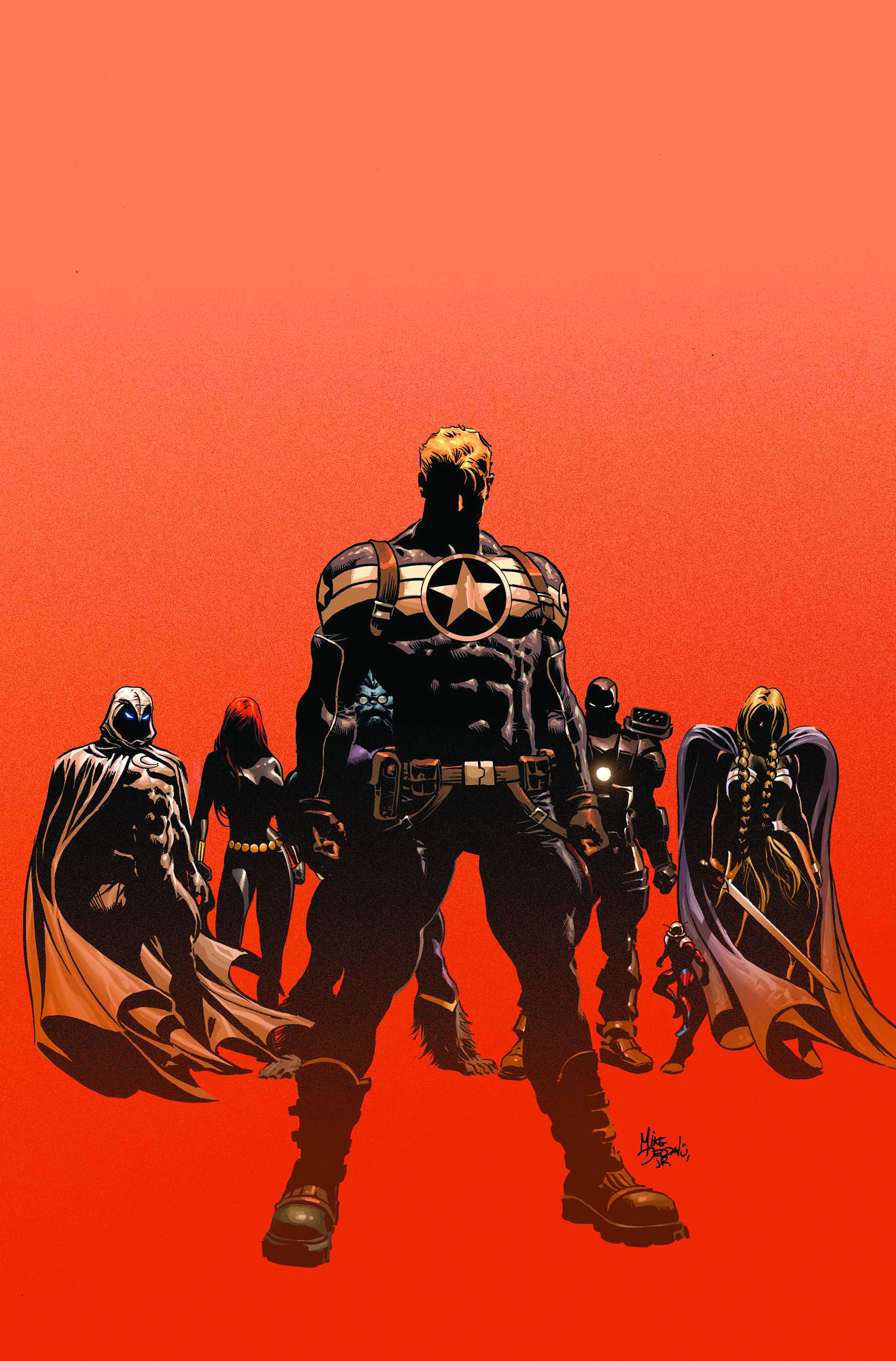 FEB110532
(W) Nick Spencer (A) Scot Eaton (CA) Mike Deodato
Written by Nick Spencer
Penciled by SCOT EATON
Cover by MIKE DEODATO
THE SECRET IS OUT! Word of Steve Rogers' clandestine operations has leaked to the world, kicking off a global race by the Secret Avengers to save compromised superhuman assets before they can be taken off the board! Behind it all: a mystery man in familiar garb, who'll force the Super-Soldier to confront some very hard realities about his new role as a general.
32 PGS./Rated T+