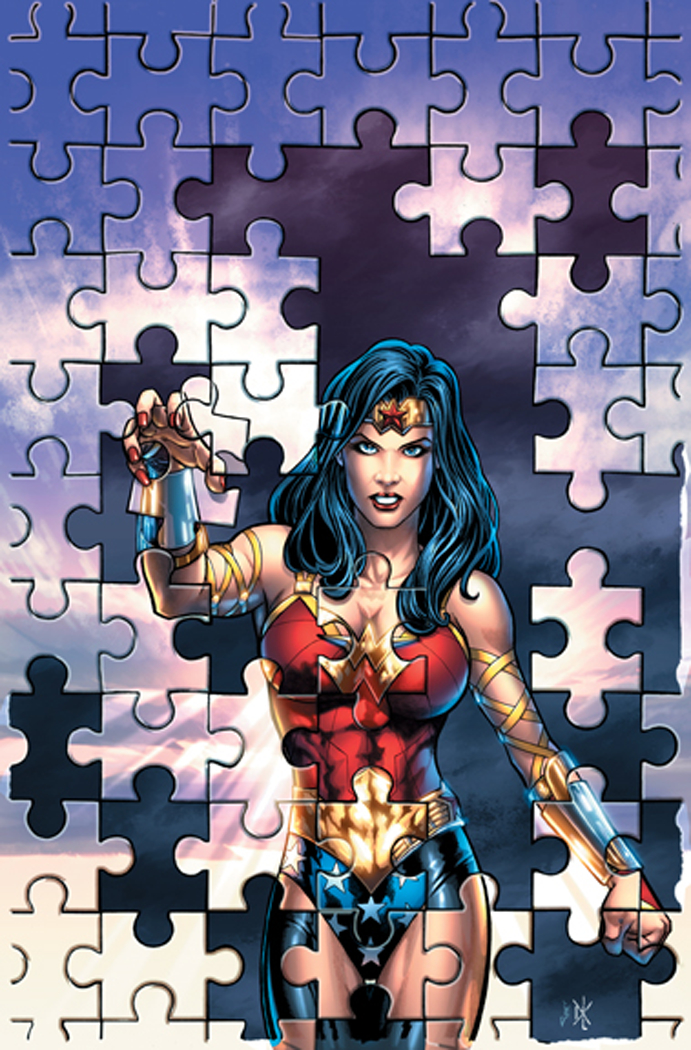 FEB110165
(W) J. Michael Straczynski (A/CA) Don Kramer
Written by J. MICHAEL STRACZYNSKI and PHIL HESTER
Art and cover by DON KRAMER and JAY LEISTEN
1:10 Variant cover by ALEX GARNER
Diana's conflict with The Morrigan takes an unexpected turn when unlikely allies help her discover her true role as Wonder Woman - but Cheetah and company stand between Diana and her final test. As the old gods die away, only Diana's inner strength can see her through the battle to come. But will it be enough?