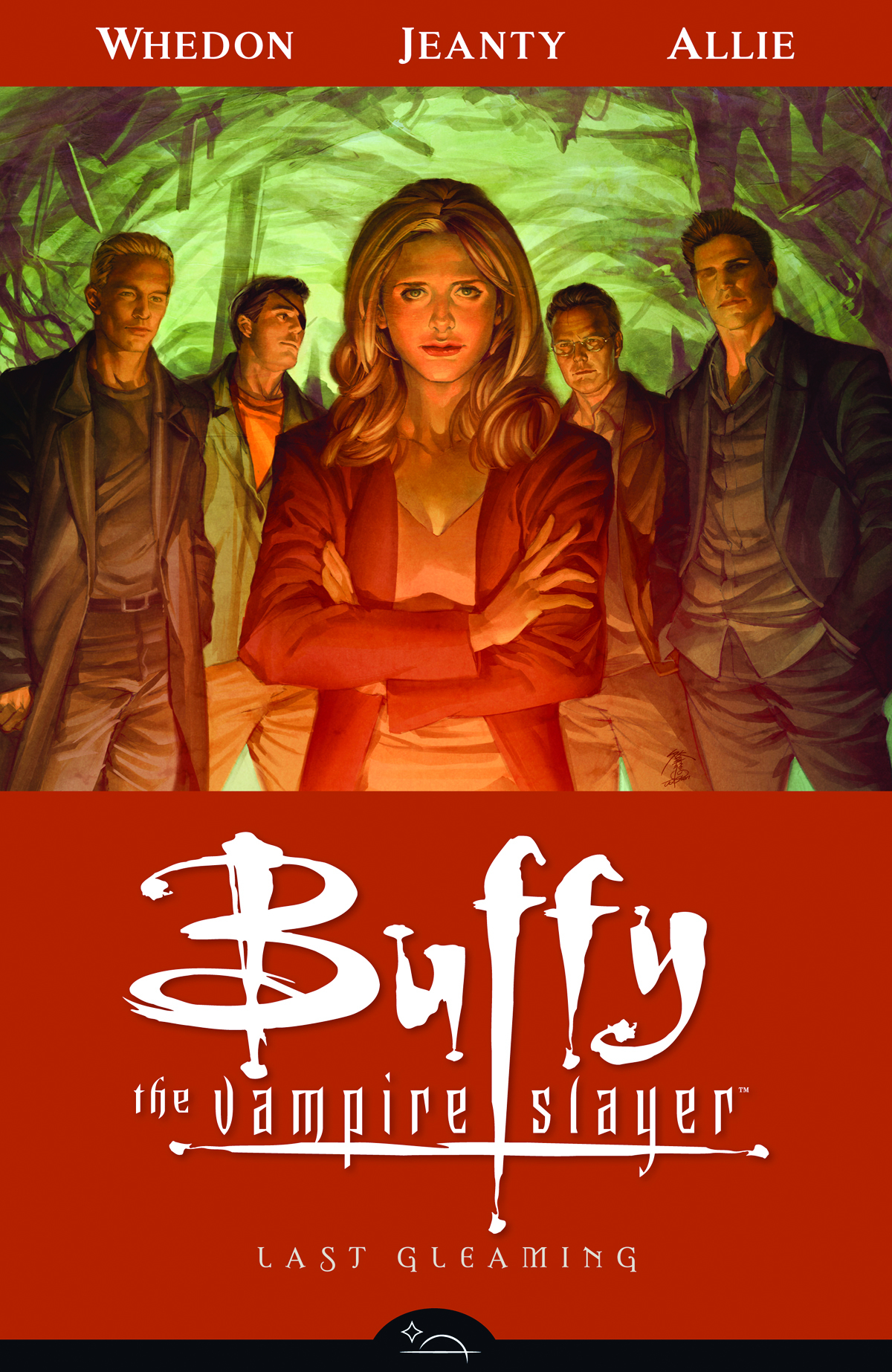 FEB110018
(W) Joss Whedon, Scott Allie, Jane Espenson (A) Karl Moline, Georges Jeanty, Andy Owens (CA) Jo Chen
The season finale is here! At long last, the Big Bad stands revealed-Angel is back, and it's tearing the Scoobies apart, testing the limits of their friendship. But Twilight's unmasking is only the beginning, and Buffy must still face the ultimate betrayal.

Series creator Joss Whedon writes the final story arc of Buffy Season 8, taking his greatest characters to places only he can! Teamed with series artist Georges Jeanty, Joss reunites the dysfunctional gang of Buffy, Angel, and Spike, in the thick of it together for the first time since Season 3, and gives the Scoobies their gravest challenge ever, defending reality itself from the onslaught of demons. It's the biggest Buffy finale ever!
In Shops: Jun 01, 2011
SRP: $16.99
View All Items In This Series