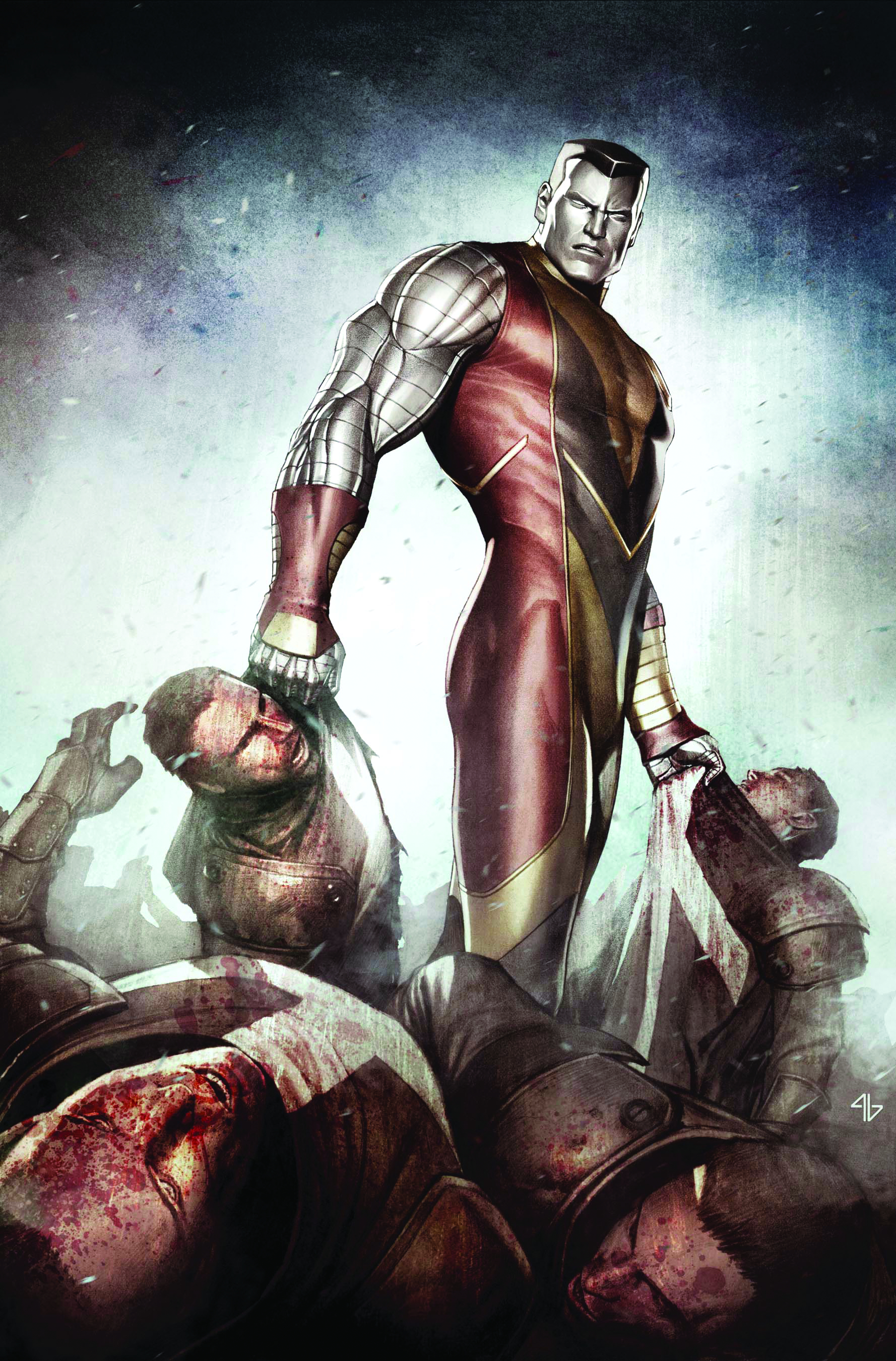 FEB100558
(W) Zeb Wells (A) Ibraim Roberson (CA) Adi Granov
Written by ZEB WELLS
Penciled by IBRAIM ROBERSON
Cover by ADI GRANOV
Variant Cover by DAVID FINCH
IRON MAN BY DESIGN VARIANT
by GABRIELE DELL'OTTO
SECOND COMING, CHAPTER THREE
Fall of a New Mutant?!  The X-Men are hot on the trail of Cable and Hope and meet Bastion's forces head-on, in the form of Bastion's capo William Stryker and his Purifier army. Stryker's forces score one casualty early, but who wins the battle? At the same time the New Mutants are hitting Bastion's second-in-command, Cameron Hodge. But going up against Hodge and 100 of his soldiers is way out of their league and one of them won't walk away from it.
32 PGS./Rated T+ ...$2.99