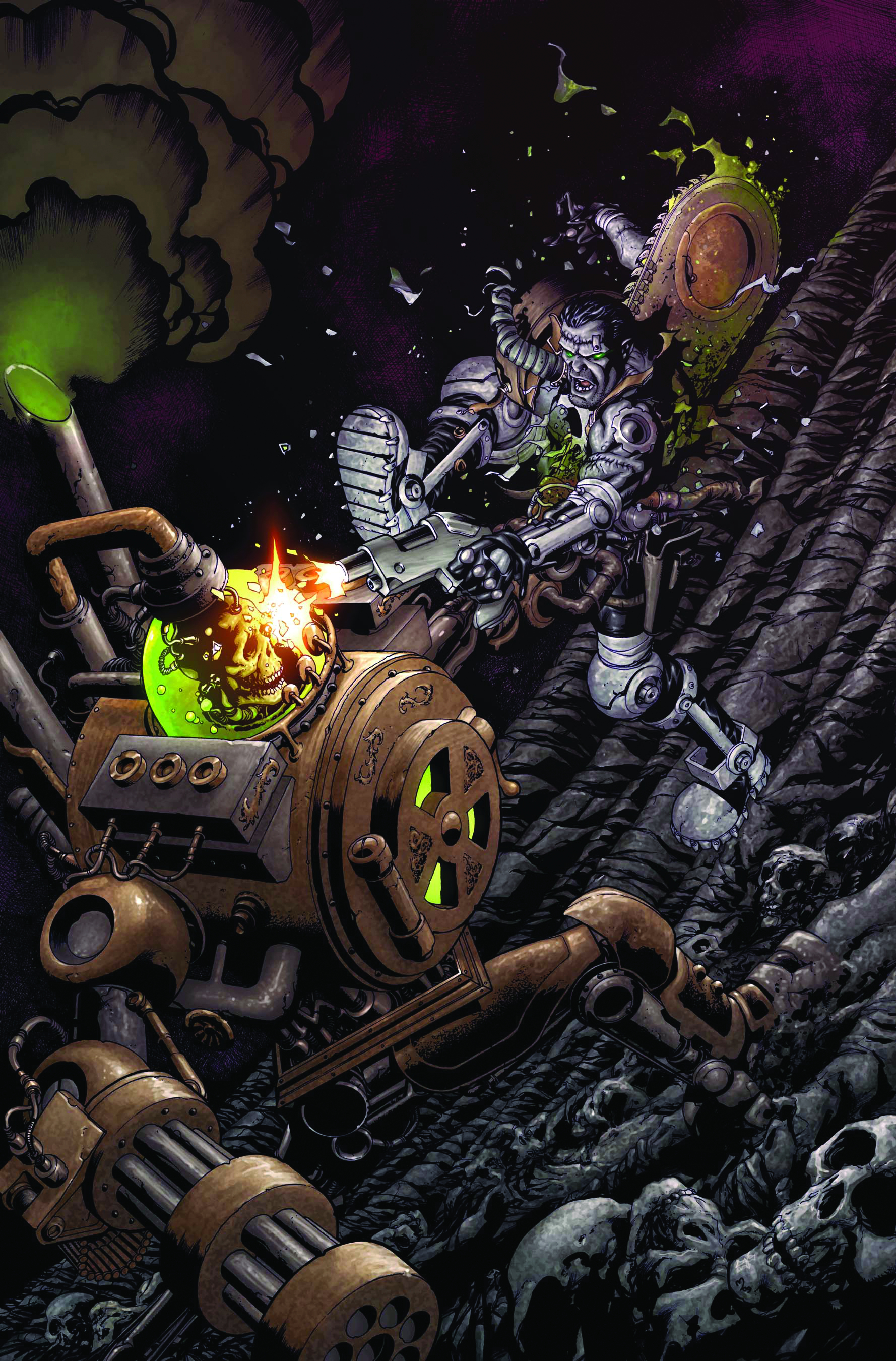 FEB100535
(W) Rick Remender (A) Tony Moore (CA) Mike McKone
Written by RICK REMENDER
Penciled by TONY MOORE
Cover by MIKE McKONE
IRON MAN BY DESIGN VARIANT by DAVE TAYLOR
"FRANKEN-CASTLE," PART 6
Somewhere on the Demonplanes of black Limbo, two men, two monsters, struggle to murder one another. Frank Castle has taken a pledge to protect the citizens of
Monster Metropolis and the only way to fulfill his oath -- murder the hell out of Robert Hellsgaard. But in order to defeat the monster hunter Frank will have to die. Again. The Legion of Monsters are defeated and diminished. Frank's cobbled body is failing him. The bad guys don't stand a chance. A swift kick, a jagged bone sticking through your shin -- enter the conclusion of Franken-Castle!
32 PGS./Parental Advisory ...$2.99