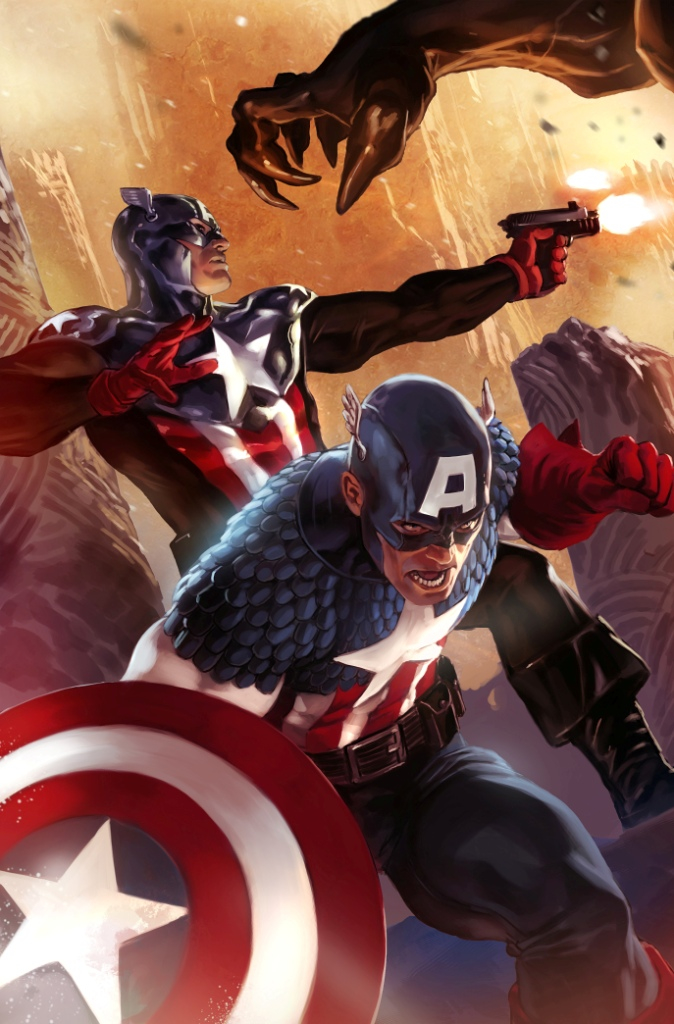 FEB100441
(W) Christos N. Gage (A) Federico Dallocchio (CA) Marko Djurdjevic
Written by CHRISTOS GAGE
Art by FEDERICO DALLOCCHIO
Cover by MARKO DJURDJEVIC
In Siege: Captain America, from Christos Gage and Federico Dallocchio, learn more about the role of Bucky Barnes and Steve Rogers in this war and how it will define their relationship!
With interconnecting covers by superstar Marko Djurdjevic, these all new stories provide insight into the major players of Siege and set the stage for the dramatic Siege finale!
32 PGS./One-Shot/$2.99