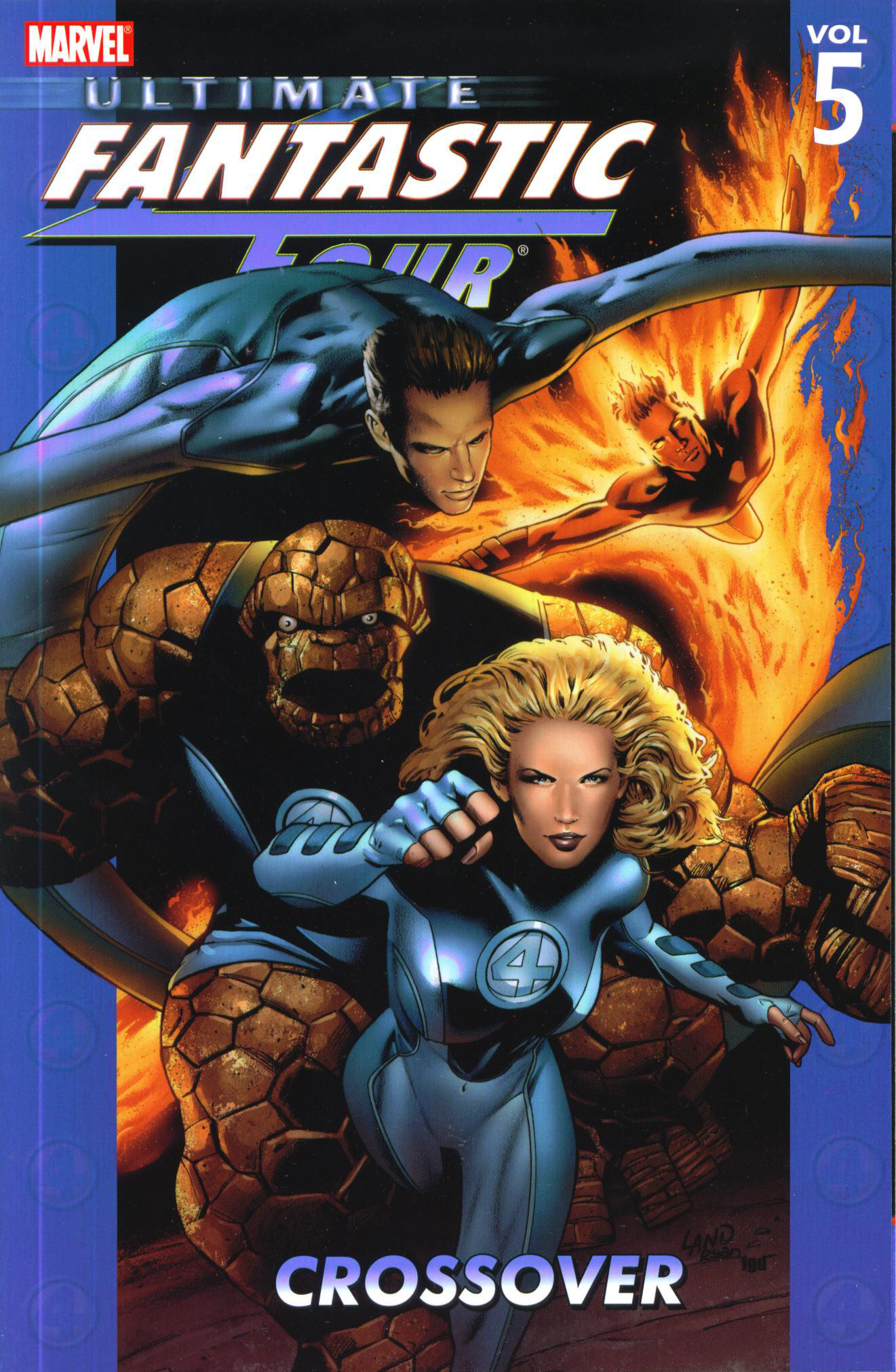 FEB062078
(W) Mark Millar (A) Matt Ryan (A/CA) Greg Land
Written by MARK MILLAR
Pencils & Cover by GREG LAND
Mark Millar returns to ULTIMATE FANTASTIC FOUR, and he's brought X-MEN: PHOENIX - ENDSONG superstar Greg Land with him! Even in their short careers, the Ultimate FF have seen a lot of amazing things - but nothing will prepare them for the world they're about to enter! Reed Richards has used his scientific genius to contact an Earth in a surprisingly familiar parallel dimension - and he's ready to visit! Plus: The shocking secret of the Storm family is finally revealed! Locked away at the bottom of the ocean for 5,000 years, Namor the Sub-Mariner's Atlantean tomb has been breached; now, he's back to rule a planet. This is a Namor you've never seen before with a vastly different agenda. This is Ultimate Namor! Learn about the ties between Atlantis, the Ultimate Inhumans and the super-races that existed before man ruled the Earth! Collects ULTIMATE FANTASTIC FOUR #21-26.