MY LIFE AMONG HUMANS HC 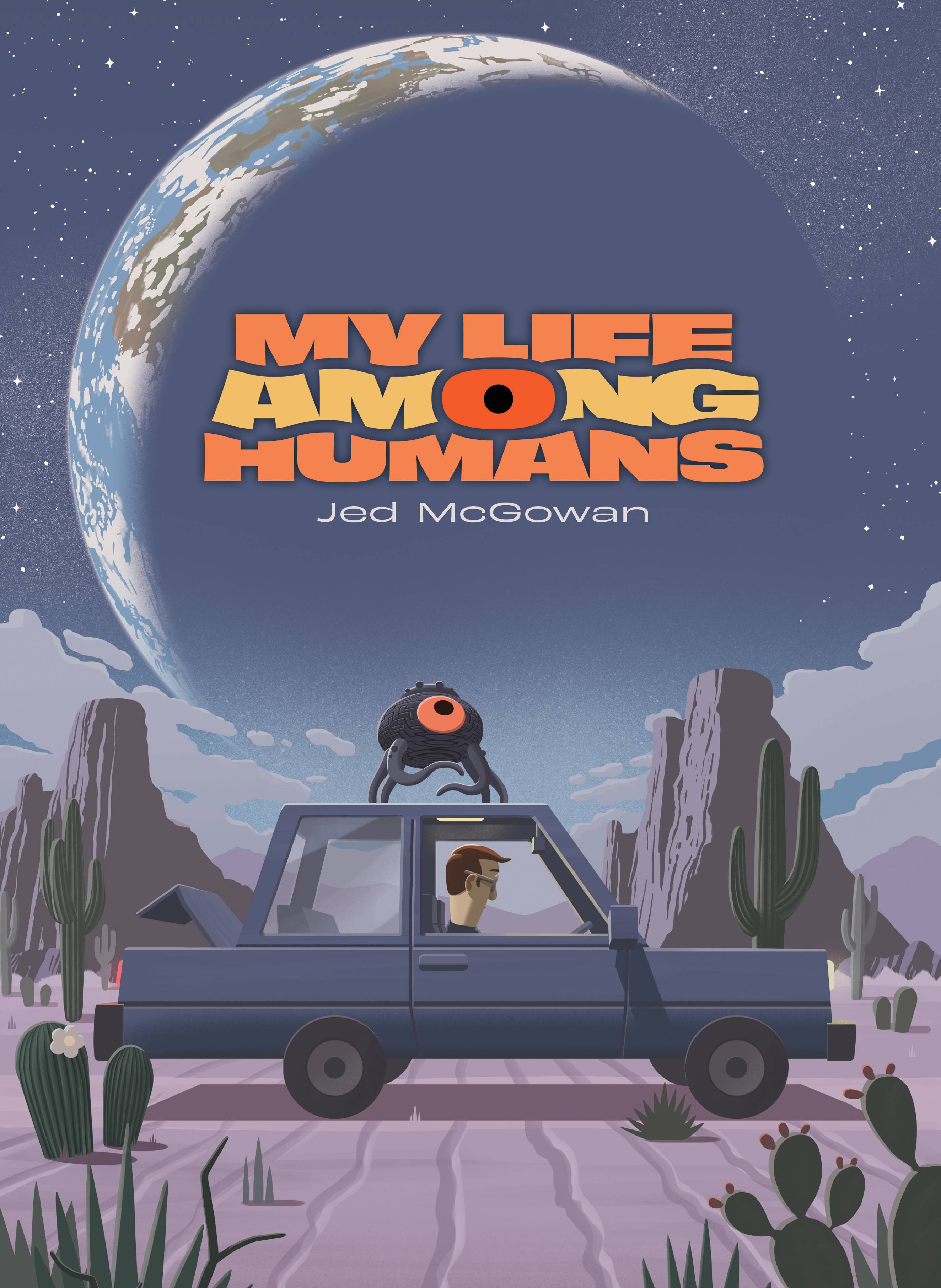 #
DEC221540
(W) Jed McGowan (A/CA) Jed McGowan
A nameless alien data compiler comes to Earth to study humans, setting up shop on the outskirts of a small desert community in North America. Working under forced labor, it must watch humans in complete secrecy while sending regular reports to its manager back home. Using spore-like technology to read the minds of his hosts, the alien quickly takes a special interest in Will, one of his early subjects. That interest proves to be a problem when the alien is accidentally revealed to Will's family and it takes desperate measures to save its own life.

In doing so, it discovers a forbidden ability...it can control human minds. Now, the alien struggles to keep this secret from its manager, deal with a growing number of suspicious humans, and come to terms with its ethically questionable decisions. My Life Among Humans is a beautifully painted, evocative first graphic novel from illustrator and cartoonist Jed McGowan.
In Shops: Feb 08, 2023
SRP: $19.99
ORDER WISH LIST