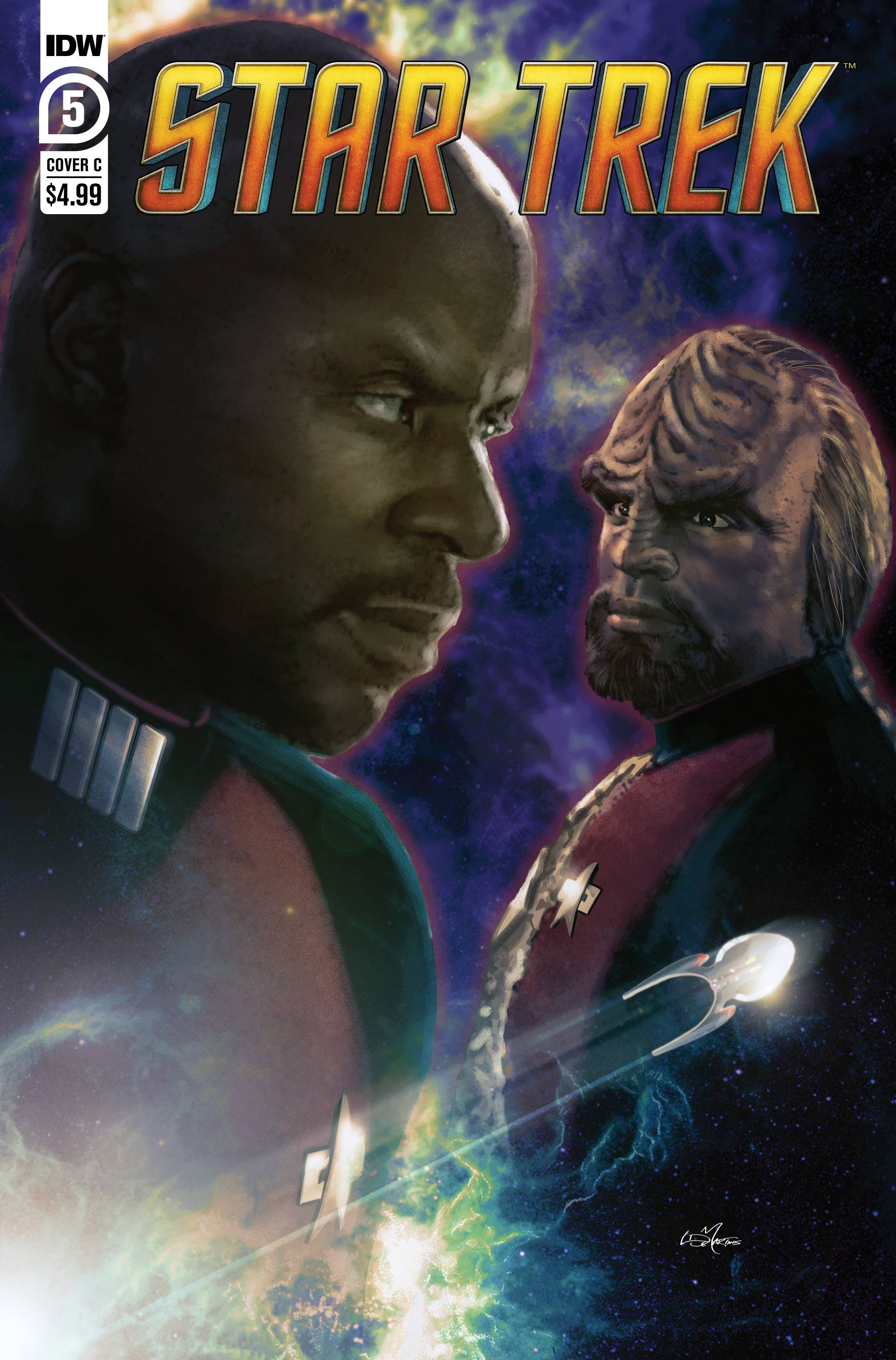 #
DEC221413
(W) Collin Kelly (A) Ramon Rosanas (CA) Louie De Martinis
A fight for the fate of the universe has broken out in the God City. Up against an enemy ship that easily cracks the Theseus' shields, the crew staves off enemy interlopers while the Orb of Destruction powers up with the Theseus in its scope. Already facing the impossible, the crew makes a shocking discovery that tests their faith in the mission and each other.