EVITA THE LIFE AND WORK OF EVA PERON 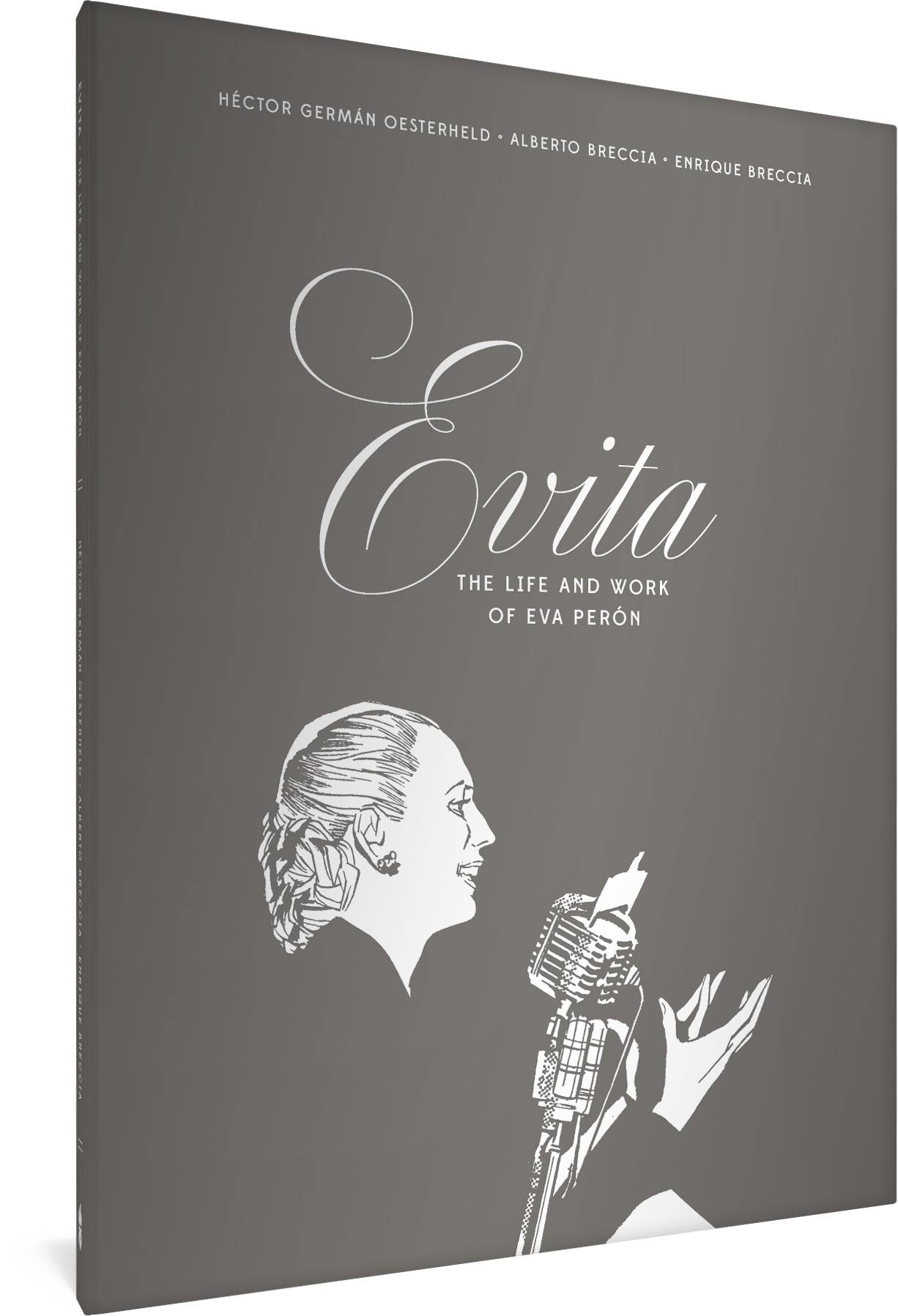 #
DEC221334
(W) Alberto Breccia, Enrique Breccia, Hector German Oesterheld
In a sequel to their spellbinding, experimental biography of Che Guevara, Hector Germán
Oesterheld and the Breccias chronicle the eventful life of Eva Per n. Published in 1970, Evita: The Life and Work of Eva Per n was daringly intended to be the follow-up to the artists' successful and controversial 1969 graphic biography Life of Che. Hector Germán Oesterheld plotted the book and the father and son team of Alberto and Enrique Breccia drew the comic - but the text was "sanitized" before its publication. In 2001, a restored version of Evita featuring Oesterheld's original, uncensored script wasfinally published in Spanish; it is translated in English here for the first time. In just 72 boldly penned chiaroscuro pages, this graphic biography paints a complex portrait of a pivotal Argentine figure who was at once beloved and reviled by her people. Born in rural Argentina to extreme poverty, she moved to Buenos
Aires where she met and married Colonel Per n, who would become president of Argentina. As First Lady, affectionately nicknamed Evita, she devoted herself to social welfare and worker's rights, campaigned for women's suffrage, and became known as "The Spiritual Leader of the Nation." While she has been viewed as an international icon, inspiring celebratory works such as Andrew Lloyd Webber's 1976Broadway Evita, this biography by her countrymen takes a far more searing and critical approach, chronicling the noble causes she fought for as well as the militarism and oppression of the Per nist regime.
In Shops: Mar 15, 2023
SRP: $19.99
ORDER WISH LIST