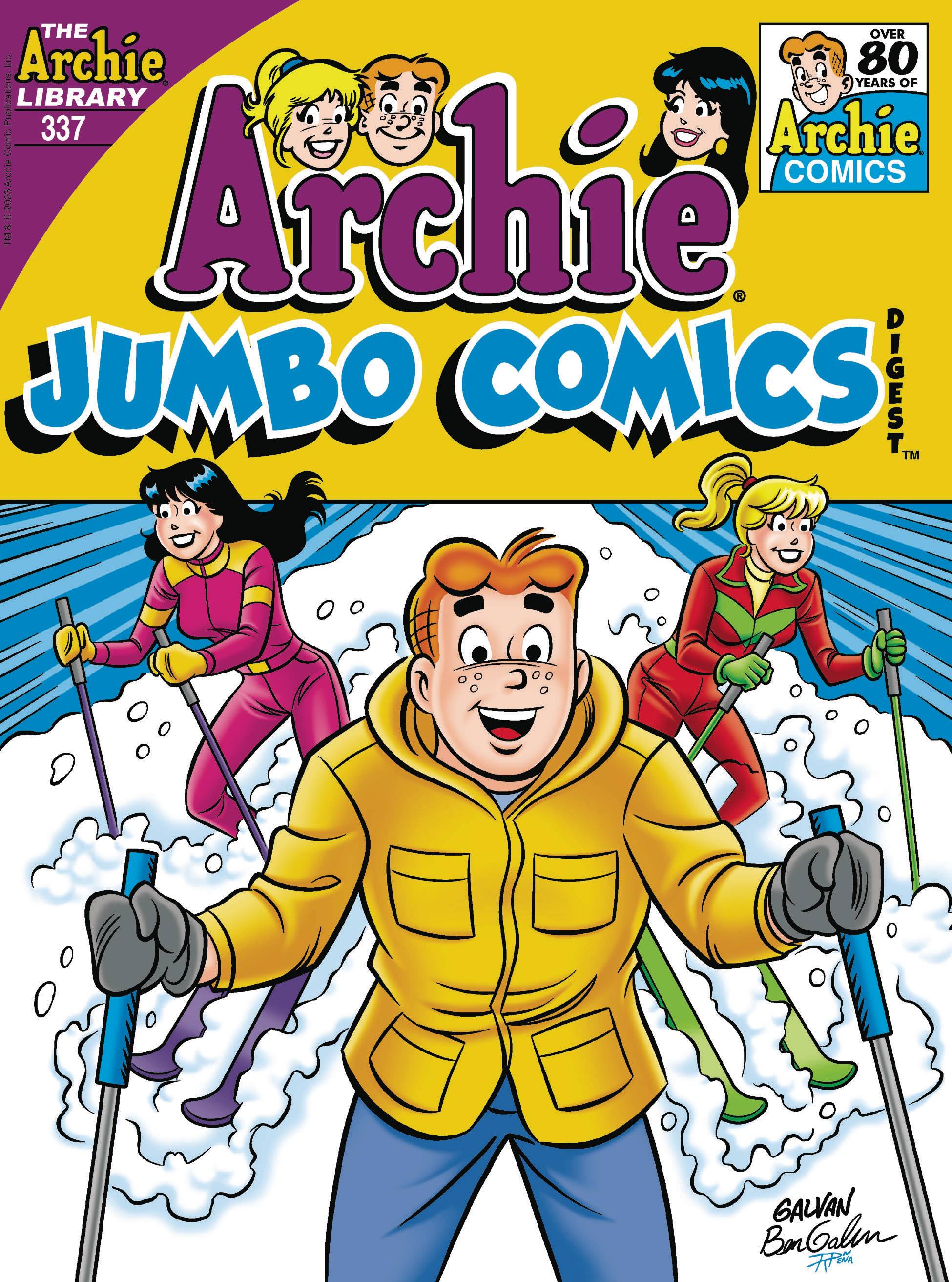 #
DEC221135
(W) Various, Dan Parent, Tom DeFalco, Francis Bonnet (A) VARIOUS, Dan Parent, Bill Galvan, Rex Lindsey (CA) Bill & Ben Galvan
THREE BRAND NEW STORIES! First, in "Snow Man, Woe Man" Jellybean is excited because the popular KIDZ network character Sammy the Snowman is going to appear at Riverdale Ice skating rink!  Jughead and Archie agree to bring her to the event,but when the big day comes, word is out that Sammy has to cancel. Can Archie and Jughead save the day and cheer Jellybean and the rest of the neighborhood kids up?

Then, in "The Ghost Of Grimloch Island," Superheroes The Shield and Wizard have sent the Boy Buddies to investigate rumors of a ghost on Grimloch Island. Little Archie, who often goes fishing on the island, has made friends with its sole inhabitant-a hermit called Harry. Harry isn't happy about these ghostly rumors. He doesn't want his peaceful island overrun by tourists and ghost-hunters. Can Little Archie team up with Harry to scare the Boy Buddies away?

Finally, in "Detective for a Day," Archie and Jughead happen to walk right into the middle of a fight scene between Fu Chang and a gang of criminals. As Fu Chang takes them down, Archie and Jughead's eyes widen with excitement and decide right then that they, too, want to be awesome crime-fighting detectives like him! Will they be able to learn from the master, or will they get under his skin before he can give them a taste of the detective life?
In Shops: Feb 01, 2023
SRP: $9.99
View All Items In This Series
ORDER SUBSCRIBE WISH LIST