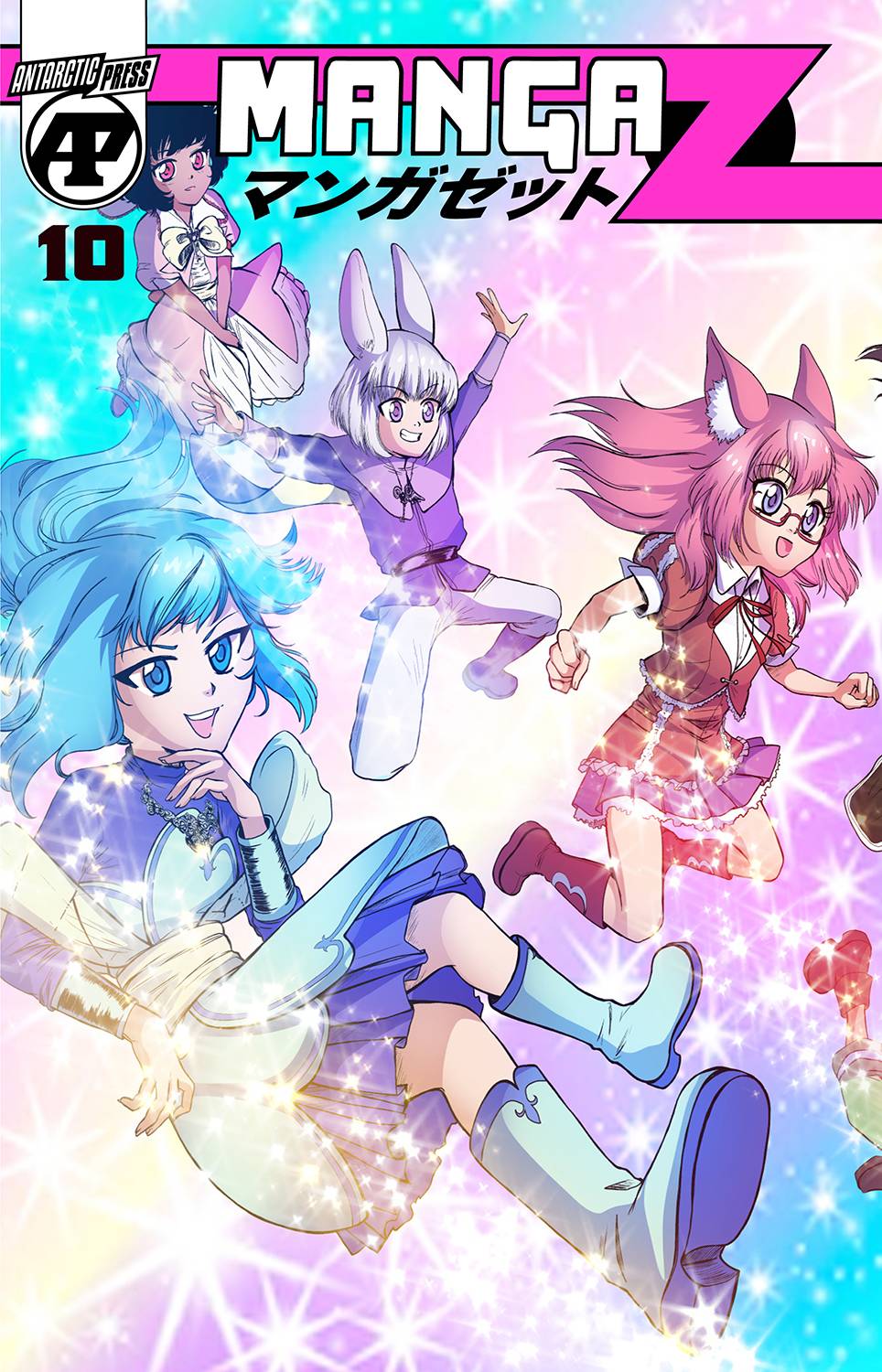 #
DEC221128
(W) VARIOUS (A) Various (CA) Kitsune Windsor
"The Adventures of Lenifille" (Kazuaki Ishida): The King's attempt to become immortal has...not gone well.  Now there's a man-eating, acid-spewing horror running amok in Olcross Castle, and Kyle must face it alone while Sylka gets Lenifille to safety...if she can.  "Foxy and Wolfy" (Kitsune Windsor, Anthony Zicari, MitsuBlinger and Ana Kris): Foxy and Wolfy have a typical school day and learn more about their wacky friends. Who says school should has to be boring?  "The Girl with the Mega Iron Fists" (Tyler Carpenter): Eliana, Dante, and Angeal continue to fight against the monster known as the Behemoth while training to become Earth's champions.  However, Eliana's father is not so sure that their cooperation will be enough to win. Is the power of the Mega Fists enough to take out one of the Demon God Bahl's ultimate weapons?
In Shops: Mar 29, 2023
SRP: $4.99
View All Items In This Series
ORDER SUBSCRIBE WISH LIST