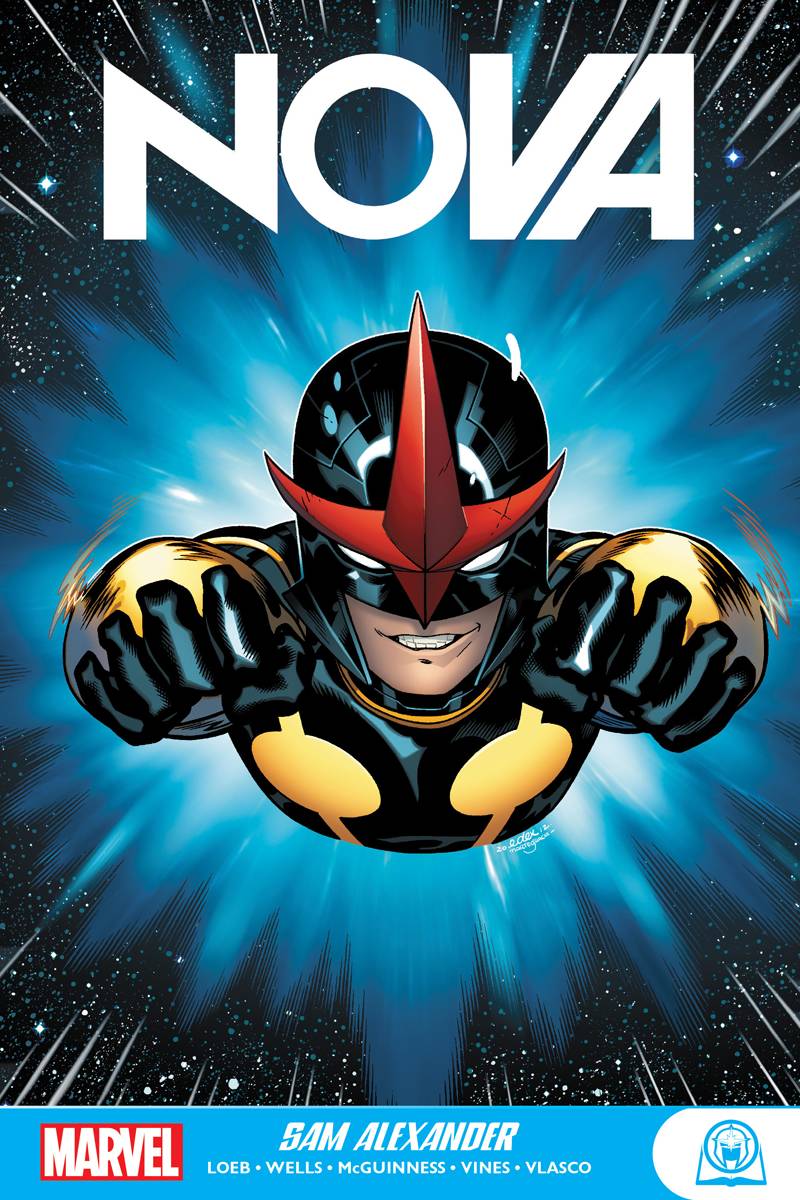 #
DEC220843
(W) Jeph Loeb, Zeb Wells (A) Ed McGuinness, Various (CA) Rafael de Latorre
The new Human Rocket roars into action! Sam Alexander is a kid bound by the gravity of a small town - and a father whose ridiculous, drunken fairy tales about a "Nova Corps" were just another heavy burden. But lucky for Sam, his troubles will soon be a billion miles away! A hand-me-down helmet has unlocked Sam Alexander's heroic legacy - and even as the Guardians of the Galaxy try to train him, the helmet will soon lead the newest Nova into a massive intergalactic conflict! Plus: Nova takes on the Superior Spider-Man, but can he handle his overwhelming first taste of true cosmic power? For Sam Alexander, the future possibilities are endless - and the horizon is only an instant away! Collecting NOVA (2013) #1-9 - plus material from POINT ONE #1, MARVEL NOW! POINT ONE #1 and NOVA (2013) #10.
In Shops: Apr 05, 2023
SRP: $13.99
ORDER WISH LIST