THUNDERBOLTS TP BACK ON TARGET 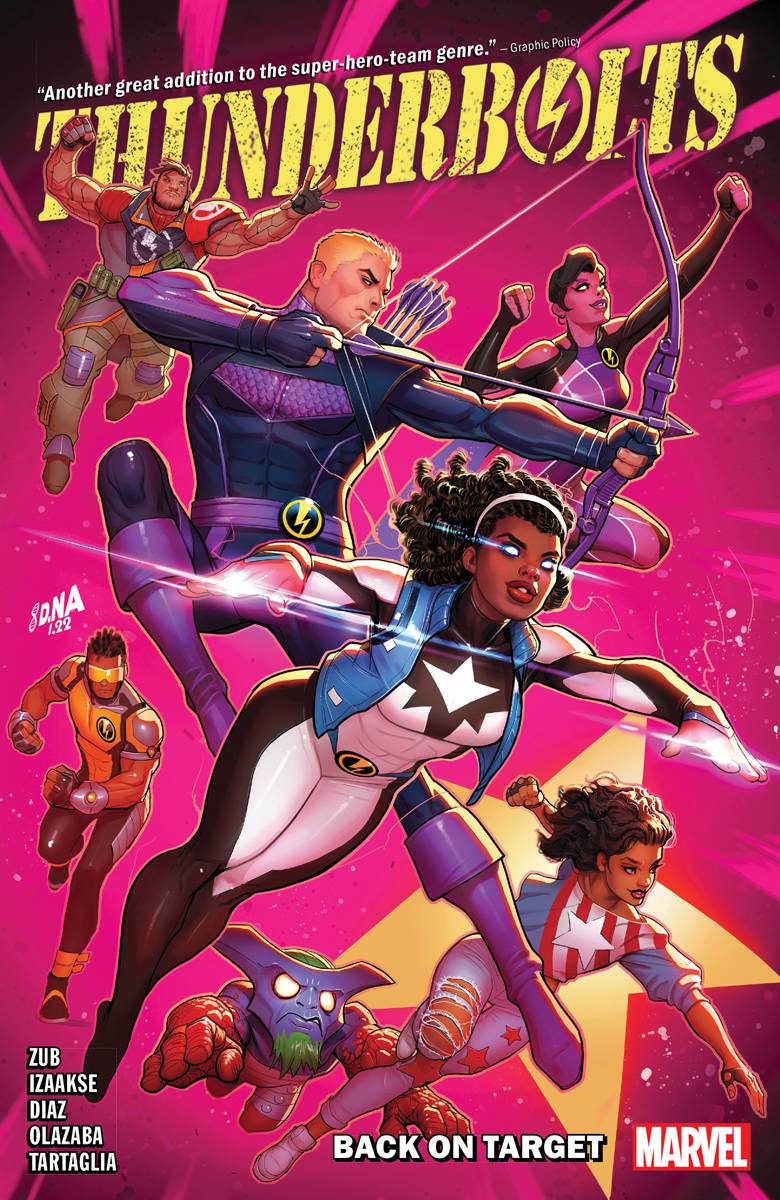 #
DEC220833
(W) Jim Zub (A) Sean Izaakse, Netho Diaz (CA) David Nakayama
Redeeming justice, like lightning! Super-powered crooks take hostages in Staten Island? A dimensional rift tears open in Chinatown? Monsters running amok at the Met? Call in the Thunder! New York City's finest are here to save the day: Hawkeye, Spectrum, America Chavez, Power Man, Persuasion and the all-new cyber-soldier called Gutsen Glory! You know 'em, you love 'em: They're the Thunderbolts! In the aftermath of DEVIL'S REIGN, the Big Apple has big problems, and it's up to a new group of Thunderbolts to turn things around. But when Clint Barton is tasked with heading up this squad, the first opponent he's going to have to face...is himself. And the second just might be his teammate Monica Rambeau! Plus: The Thunderbolts battle the rampaging Super-Apes in Central Park - and must save Manhattan from the towering threat of Terminus! Collecting THUNDERBOLTS (2022) #1-5.
Rated T+
In Shops: Mar 29, 2023
SRP: $17.99
ORDER WISH LIST