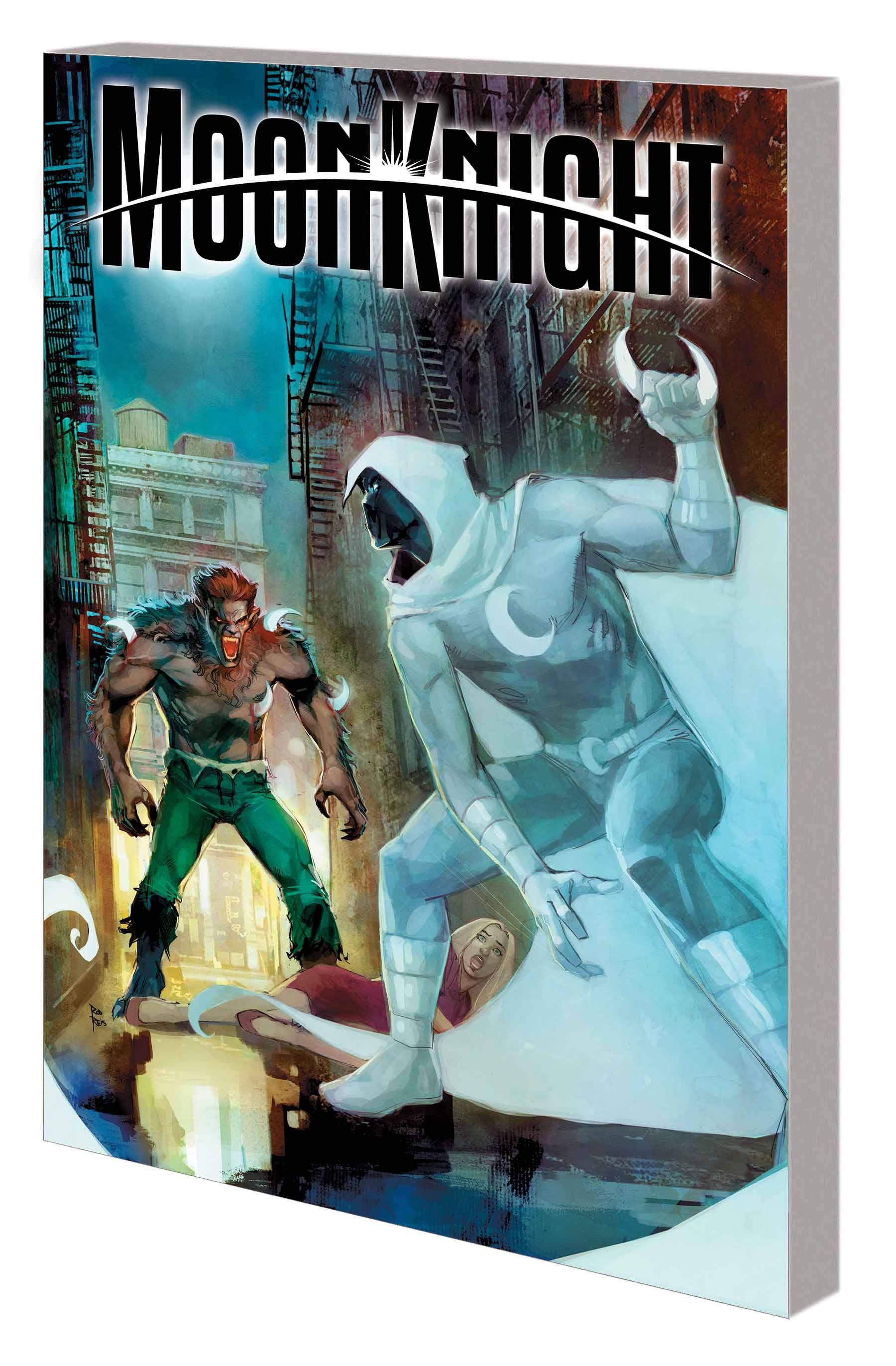 #
DEC220832
(W) Jed MacKay (A) Federico Sabbatini, Alessandro Cappuccio (CA) Rod Reis
Moon Knight picks a new fight! Marc Spector's war with the vampires of the Structure must be fought on two fronts: one on the midnight streets, and the other within his own mind! Marc needs information, and he'll need to rely on some old allies to get it. And while secrets are ferreted out from the steamiest gutters to the highest seats of power, Moon Knight must reveal a hidden truth to those closest to him! Meanwhile, Hunter's Moon stalks the rooftops on his own, intent on his own definition of justice. What shocking revelations will Marc Spector learn about the Fists of Khonshu? And Moon Knight once again encounters Jack Russell, the Werewolf by Night! Collecting MOON KNIGHT (2021) #13-18 and MOON KNIGHT ANNUAL (2022) #1.
Rated T+
In Shops: Mar 22, 2023
SRP: $24.99
View All Items In This Series
ORDER SUBSCRIBE WISH LIST