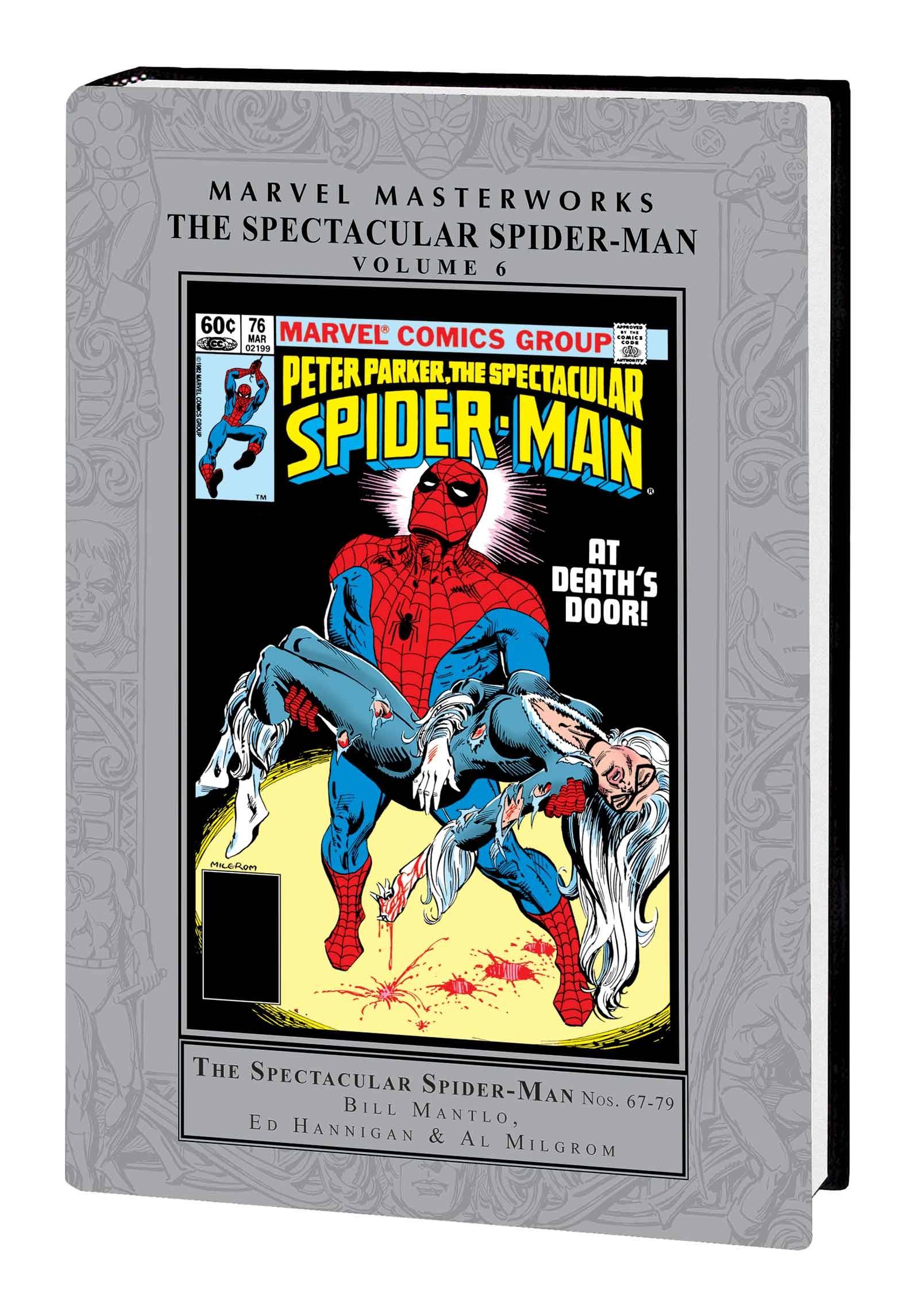 #
DEC220826
(W) Bill Mantlo, Tom DeFalco (A) Various (A/CA) Al Milgrom
THE SPECTACULAR SPIDER-MAN hits high gear! Writer Bill Mantlo crafted a compelling, interwoven series of adventures in his second tenure on the title. Pairing Spidey with the Black Cat as both partner and love interest, Mantlo fused the crime drama of the Kingpin with larger-than-life villains like Doctor Octopus - and the formula made SPECTACULAR a page-turning powerhouse! It begins when the Kingpin hires Boomerang, the killer who keeps coming back. Meanwhile, Cloak and Dagger wage war on drugs as the gangster Silvermane clings to life in a new cyborg body! And when Doctor Octopus and the Owl vie to take over New York's criminal underworld, total war breaks out across the city! See why "The Owl/Octopus War" is a saga that ranks among Spider-Man's greatest! Collecting PETER PARKER, THE SPECTACULAR SPIDER-MAN (1976) #67-79.
Rated T
In Shops: Jun 21, 2023
SRP: $75.00
View All Items In This Series
ORDER SUBSCRIBE WISH LIST