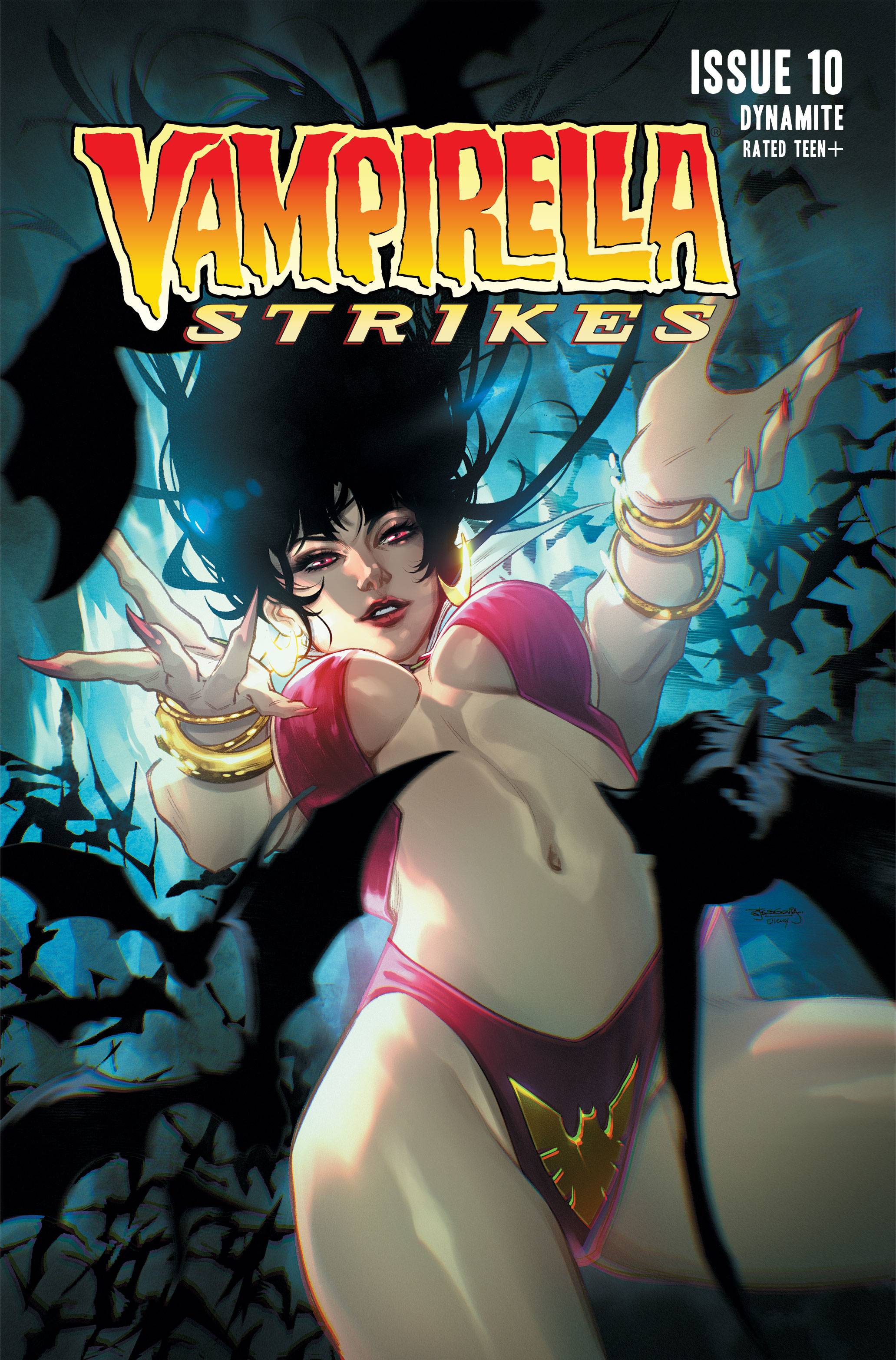 #
DEC220712
(W) Tom Sniegoski (A) Jonathan Lau (CA) Stephen Segovia
Having fulfilled her role of in Vengeance, Vampirella is now posed to Strike in an all-new series arising from the post-apocalyptic ashes of Dynamite's Vengeance of Vampirella!
It has been fifteen years since the death of Mistress Nyx and the world in slowly recovering, but this isn't a world that we've ever seen before. This is a world where the natural, and the supernatural have merged to create a dangerous new place - a world very much in need of Vampirella.