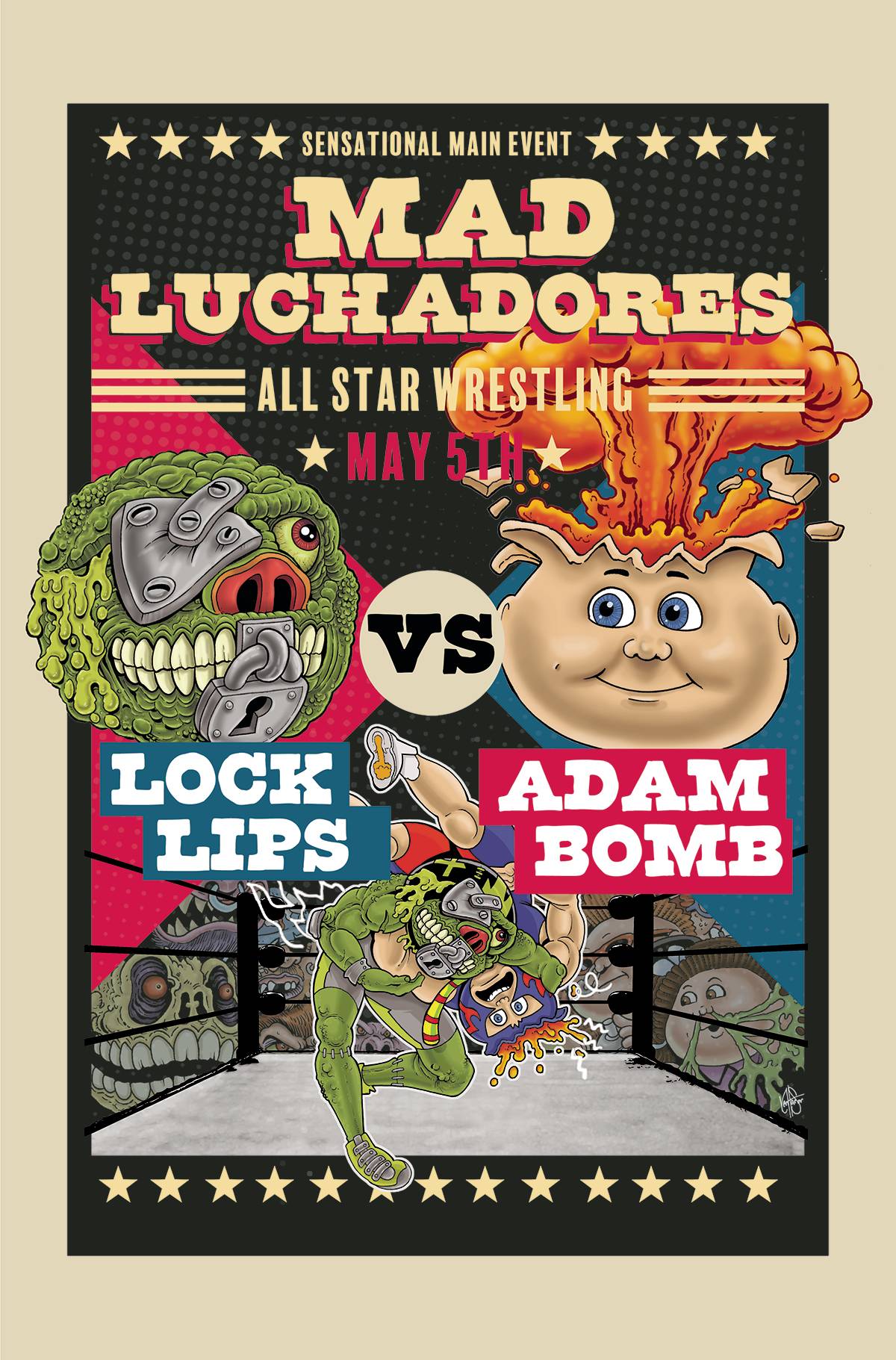 For over three decades, Madballs and GPK have both been known as the "grossest of the gross", co-ruling counterculture with their pun-heavy names and subversive humor. This all-new limited series event features the first time these two delightfully crude forces have ever met!

Your freaky favorites, the Madballs and Garbage Pail Kids, are at it again.  But this time, the chaos can't be confined to a single neighborhood as we trace the entire history of Madballs-GPK feud - bursting (and oozing) out across the ages!

In this issue: At the dawn of time, the Earth is ruled by furry, apelike beasts - oh, wait, that's just Kim Kong!  From their neighboring caves, the Cro-Madballs and Neanderthal Pail Kids constantly try to one-up each other! Plus: the star-crossed crush between Hornhead and Scary Carrie triggers war between the Trojan GPK and Greek Madballs!

Each issue features stories and puzzle and activity pages that invite kids to dumpster-dive in and get their own hands dirty as they play alongside their favorite creepy characters.
Written by Sholly Fisch, each issue features three incredible covers: Legendary Garbage Pail Kids (and Mad!) artist Joe Simko, series artist Jason Crosby and a special vintage fight poster art cover created specially for this momentous meeting of the (depraved) minds!
In Shops: Feb 08, 2023
SRP: $4.99
View All Items In This Series
ORDER SUBSCRIBE WISH LIST