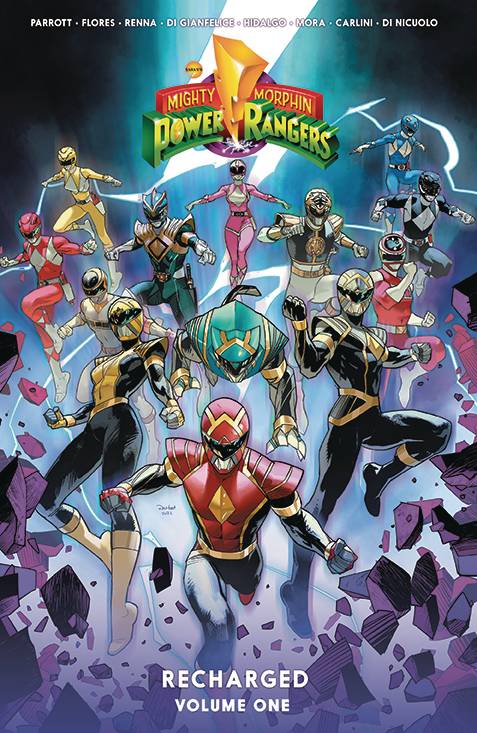 #
DEC220382
(W) Ryan Parrott, Melissa Flores (A) Moises Hidalgo, Dan Mora, Eleonora Carlini, Daniele Di Nicuolo, Simona Di Gianfelice (CA) Sergio Mora
When a Ranger is forced to make a decision that will forever change the Power Rangers, what will their legacy become?  As stories end and converge, and new beginnings arise, join the Power Rangers and kick off a brand new journey!

News of a deathly threat reaches the team-one that threatens every Ranger, Earth, and even a home long since destroyed.  As the climactic battle against unspeakable enemies unfolds, the lines between friend and foe blur, and difficult decisions await even the strongest of Rangers.

The epic culmination of a story years in the making... and as with all endings, a new beginning!