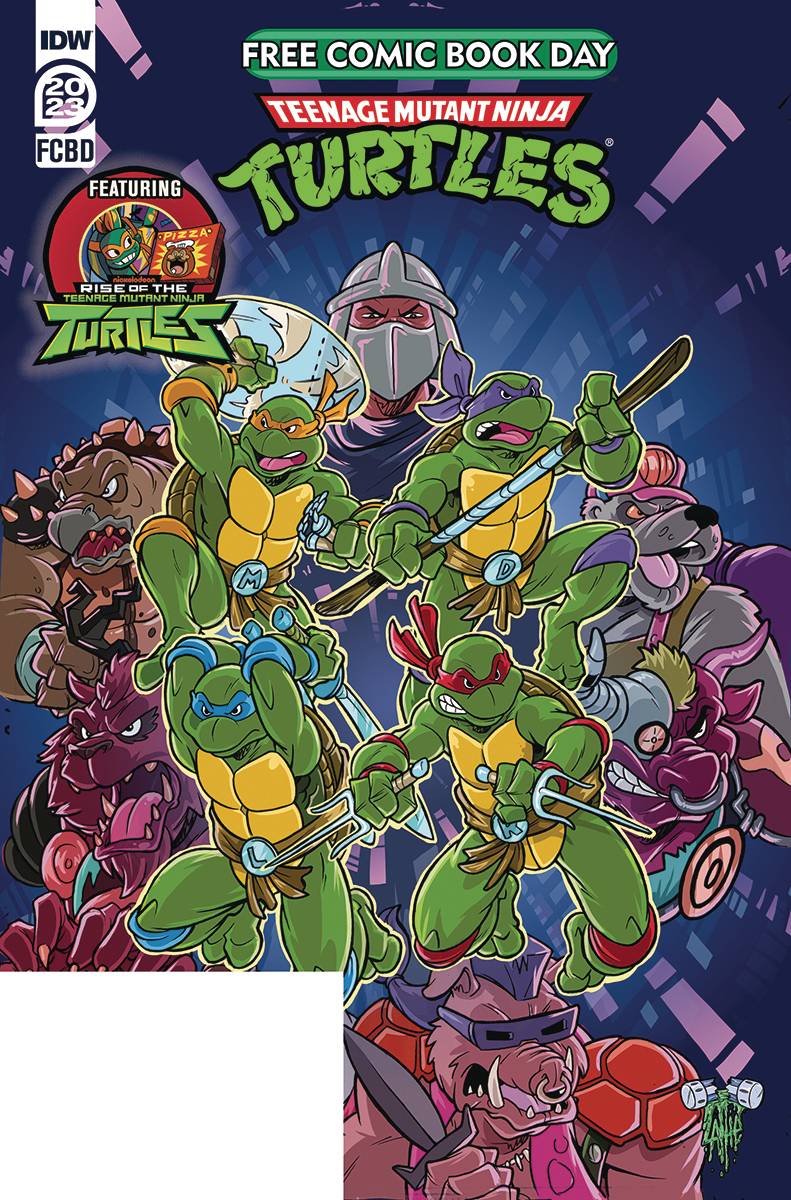 #
DEC220029
(W) Erik Burnham (A) Chad Thomas (A/CA) Tim Lattie
In 1987, the world at large was introduced to the TMNT by way of a catchy theme song and an action-packed cartoon, shell-shocking the world into an era of Turtlemania! Since then, the characters have appeared in countless comics, a multitude of animated series, and several motion pictures.
Turn the nostalg-o-meter up to 11 this FCBD and revisit two fan favorite eras of TMNT animation in comic book form with this special presentation of stories from IDW's smash-hit Saturday Morning Adventures and the recent small-screen venture Rise of the TMNT!
Preview Material
Rating: All-Ages
In Shops: Apr 05, 2023
SRP: PI
ORDER WISH LIST