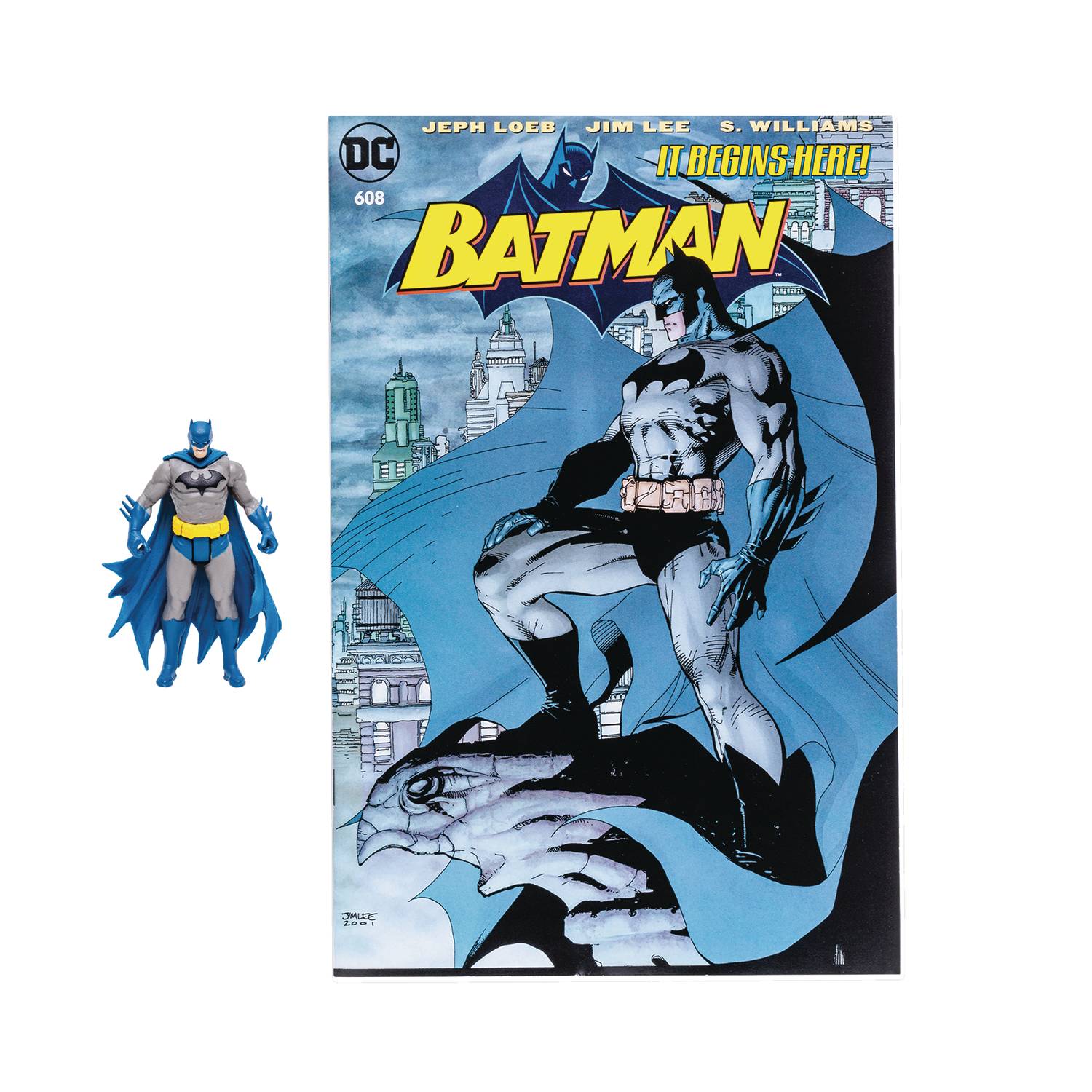 # # #
DEC219517
From TMP/McFarlane's Toys. McFarlane Toys Page Punchers brings to market the ultimate action pack of an iconic comic book with a 3" scale action figure. Packaged with a single-issue comic, the fully articulated figures are expertly detailed and faithfully channel the character designs from 2D illustration into 3D figural form! This DC Comics Page Punchers Batman is based on his look from the Batman Hush Comics and features 5 points of articulation to Punch and Kick.