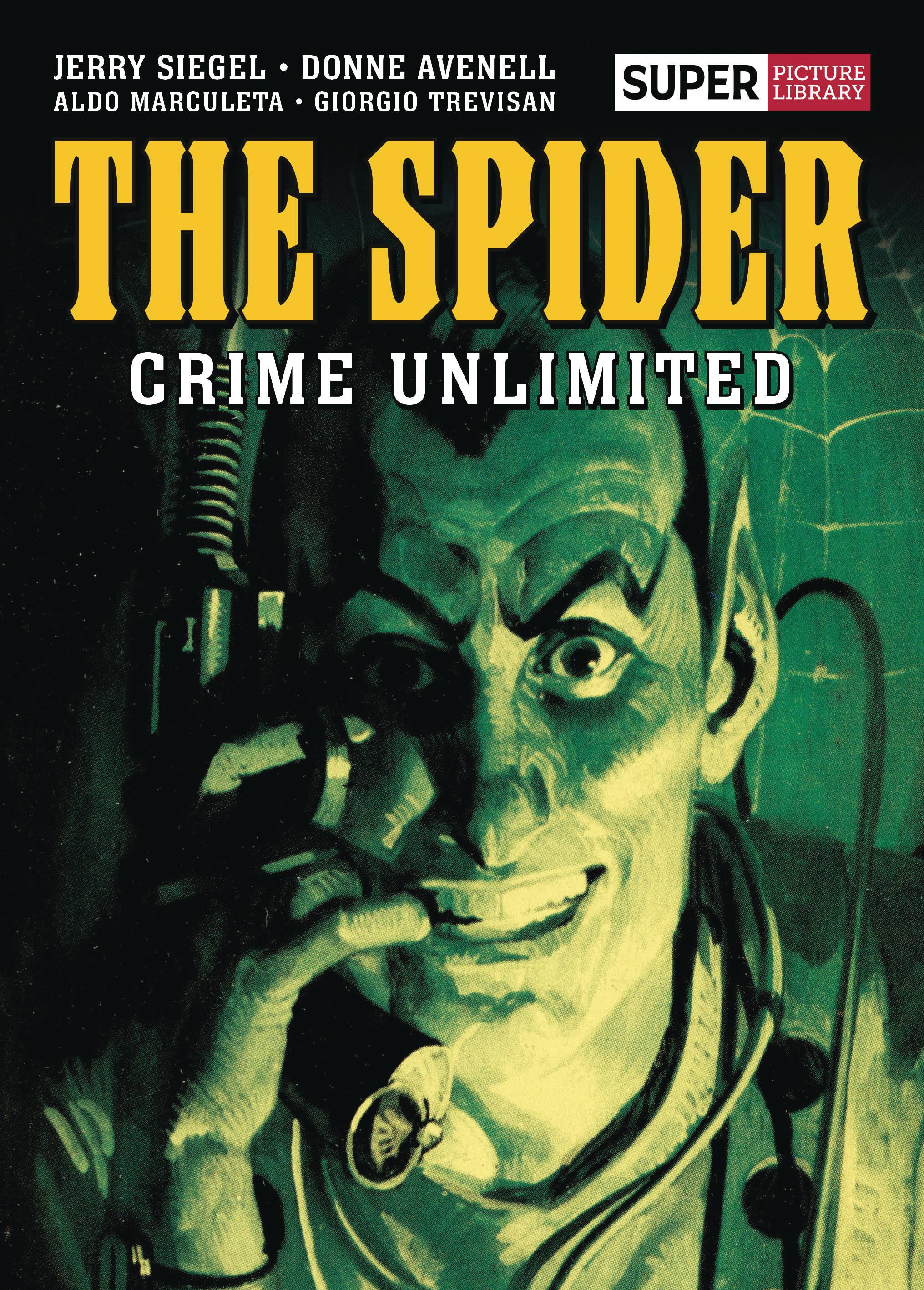 #
DEC211794
(W) Jerry Siegel (A/CA) Don Avenell
The Spider is the uncrowned king of the New York underworld, so elusive to the police that he even manages to taunt the Police Commissioner at his retirement party. But Professor Aldo Cummings, a famous but ill-tempered scientist, determined to stop the schemes of the Spider once and for all, invents a ray-machine which will eliminate the evil from a person's personality. But a tragic miscalculation will turn Professor Cummings into the Professor of Power, and he will seek a more direct confrontation with the Spider. The first collection of the Spider stories originally published as part of the Picture Library series, these long-lost and fast-paced pulp adventure stories have never been reprinted before, written by Jerry Siegel (co-creator of Superman) and Donne Avenell.
In Shops: Jul 06, 2022
SRP: $24.99
ORDER WISH LIST