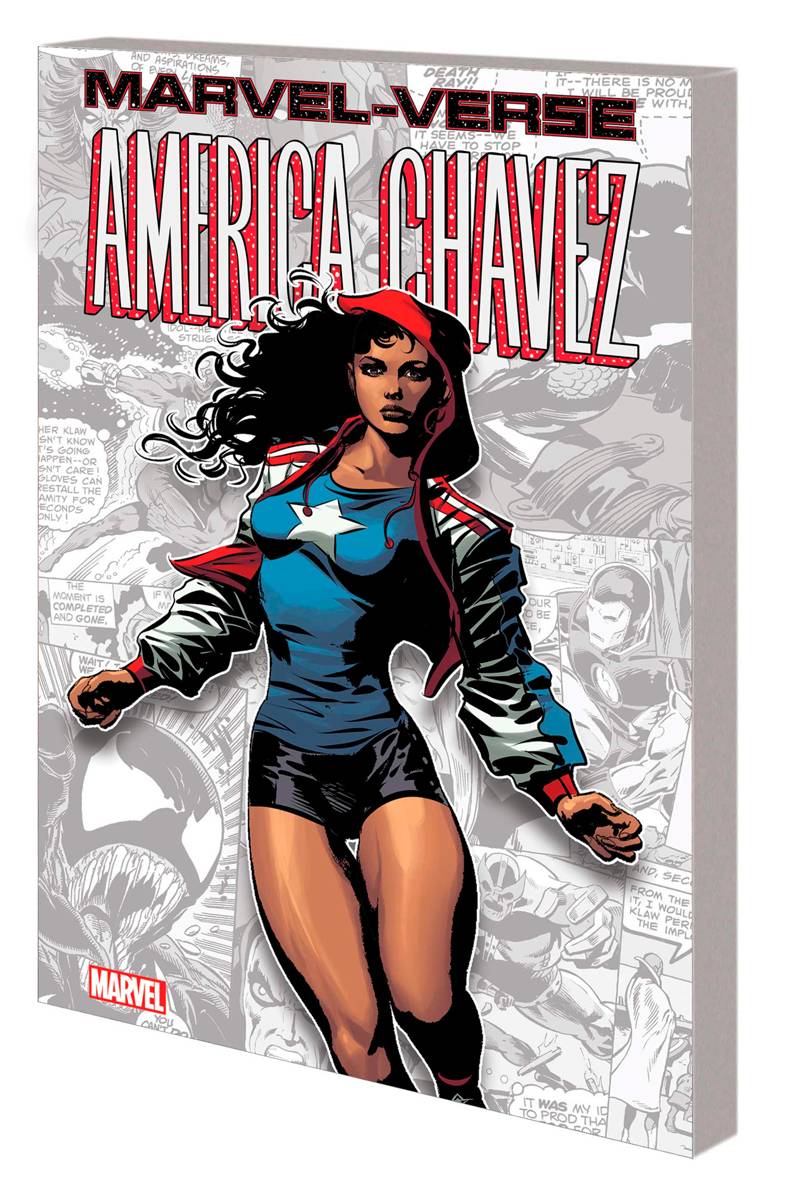 #
DEC211110
(W) Kieron Gillen, Gabby Rivera (A) Jamie McKelvie, Various (CA) Mike Deodato
In all the Marvel-Verse, there's no one quite like America Chavez - and she should know, as she can smash her way between realities! Now, join the dimension-hopping sensation in some of her wildest adventures! Sparks fly as America meets the teenage Loki and their soon-to-be allies in the Young Avengers! Then, the inspirational powerhouse goes to college! Her first assignment? A field trip...to the front lines of World War II...with Captain America as her wingman! And when she finally finds the family she's been searching for, a new life awaits - but Exterminatrix and the Midas Corporation have set their sights on America. Her newly discovered home teeters on the brink of implosion. And the biggest danger may be America Chavez herself! Collecting YOUNG AVENGERS (2013) #3, AMERICA #1-2 and #11-12 and material from MARVEL NOW! POINT ONE.
Ages 10 & Up
In Shops: Mar 23, 2022
SRP: $9.99
ORDER WISH LIST