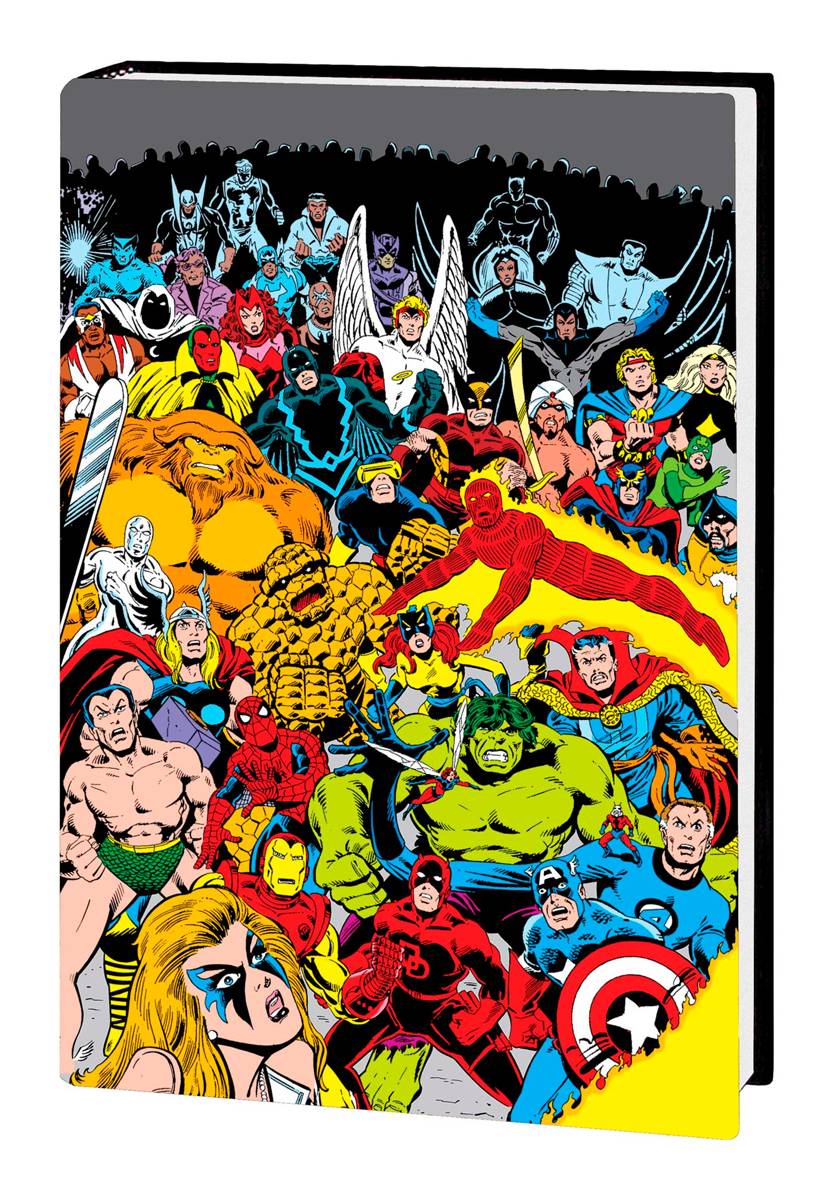 #
DEC211089
(W) Bill Mantlo, More (A) More (A/CA) John Romita Jr.
The first-ever Marvel event series receives the extra-sized treatment it deserves! When the Grandmaster plays a game of cosmic chess against Death herself, Earth's super heroes become the pawns! If the Grandmaster wins, his brother the Collector will be restored to life. But if he loses, Death will claim a bitter price! Each side selects twelve champions from across Earth to do battle for the fragments of the golden globe of life. But this clash of Marvel titans comes with unexpected twists and turns - and several surprising new combatants! Then, months later, the fallout of the contest leads to a life-and-death saga pitting two teams of Avengers against one another - and a truly lethal Legion of the Unliving! Collecting MARVEL SUPER HERO CONTEST OF CHAMPIONS #1-3, WEST COAST AVENGERS ANNUAL #2 and AVENGERS ANNUAL #16.
Rated T
In Shops: Jul 20, 2022
SRP: $44.99
ORDER WISH LIST