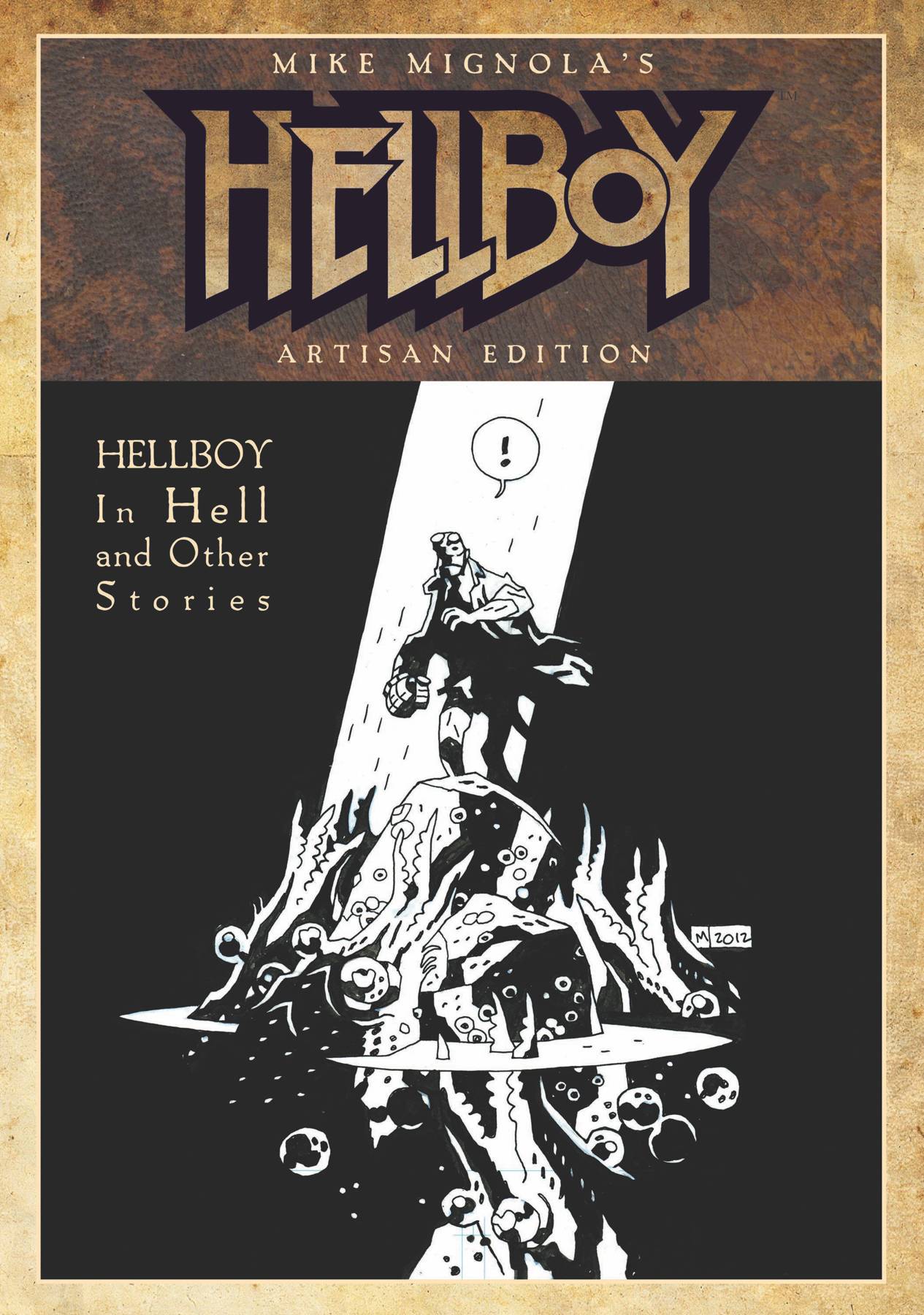 #
DEC210519
(W) Mike Mignola (A/CA) Mike Mignola
See Mike Mignola's art as you never have before-presented in IDW's Artisan Edition format!
Mike Mignola is one of the preeminent comic creators of the past several decades. His career was already firmly established with his outstanding work on characters like Batman, Wolverine, and a myriad of beautiful covers... and then came Hellboy. Mignola's iconic creation struck a chord with fans from the very start and has not abated in the years since the character's debut.
This Artisan Edition features the first five issues of Hellboy in Hell as well as a wealth of historical material: the first three Hellboy stories-the two initial four-pagers that introduced the character and the ten-page story from John Byrne's Nextmen #21-plus The Corpse, and two other tales selected by Mignola for inclusion.
An Artisan Edition endeavors to mimic as closely as possible the experience of viewing the artist's original art. Nearly every page presented within has been scanned in color, allowing the reader the ability to see the work as never before. Ink gradients, corrections, margin notes, and more-all the subtle nuances that make original art unique, are clearly visible.
In Shops: May 11, 2022
SRP: $39.99