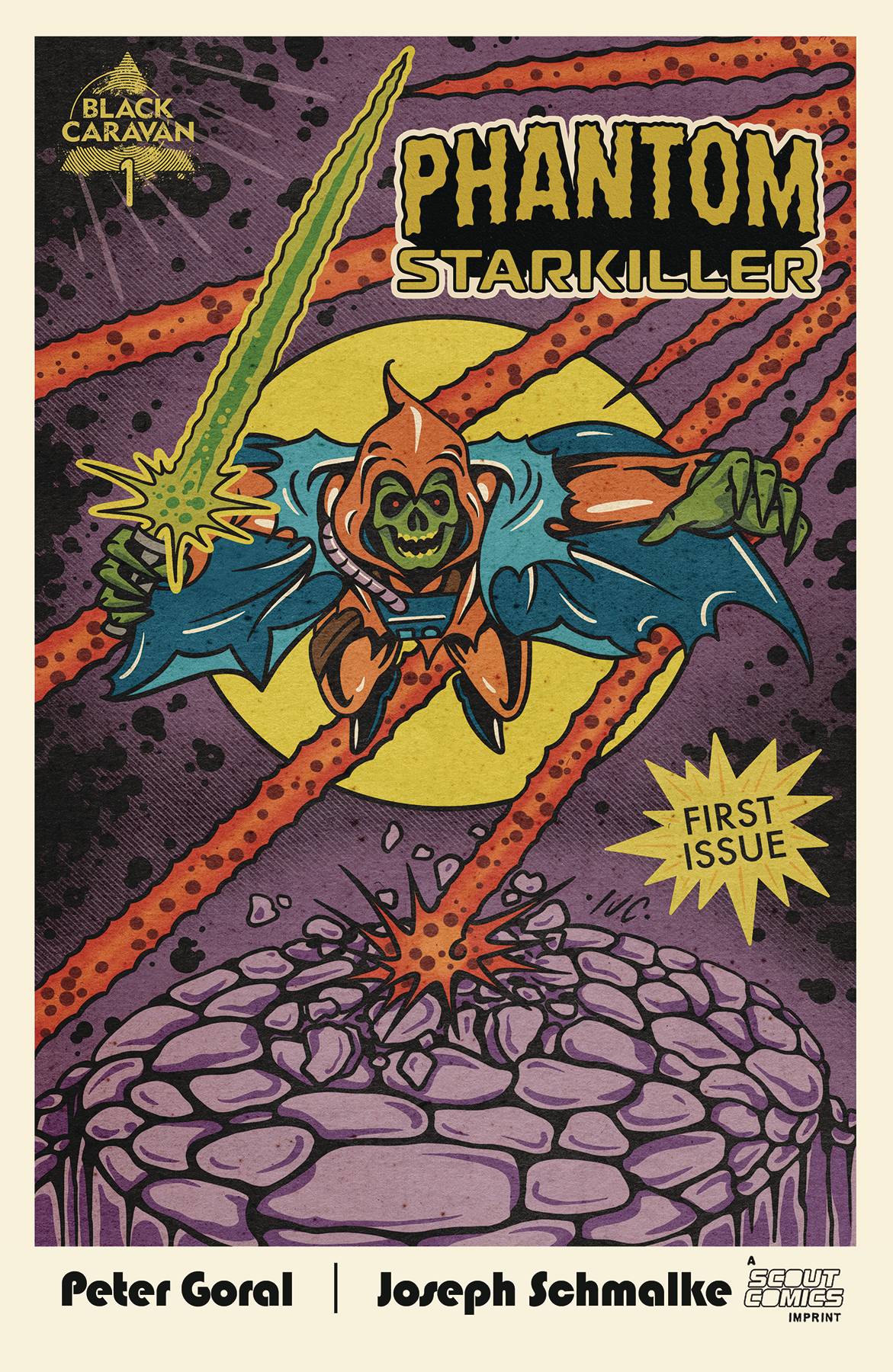 #
DEC208153
(W) Peter Goral (A) Joseph Schmalke
Third Printing ! Black Caravan imprint. For uncounted millennia, the Cryptocrystalline Stone remained lost to the blackness of space, hidden amongst the stars. As time passed, the galaxy slipped into greater peril. Thousands of systems fell and worlds crumbled. Dark and ominous beings conspire from the shadows to possess its unlimited power and ability to resurrect a legion of deathless warriors. From the vastness of the unknown regions, whispers of his return paralyzed all in fear: Phantom Starkiller, The Cosmic Ghoul Warrior must now unleash his inner darkness to carry out his master's wishes, all while plotting his revenge; for he cannot stop his interstellar rampage until The Curse of The Cryptocrystalline Stone has been broken!
In Shops: Feb 24, 2021
SRP: $3.99
View All Items In This Series
ORDER SUBSCRIBE WISH LIST