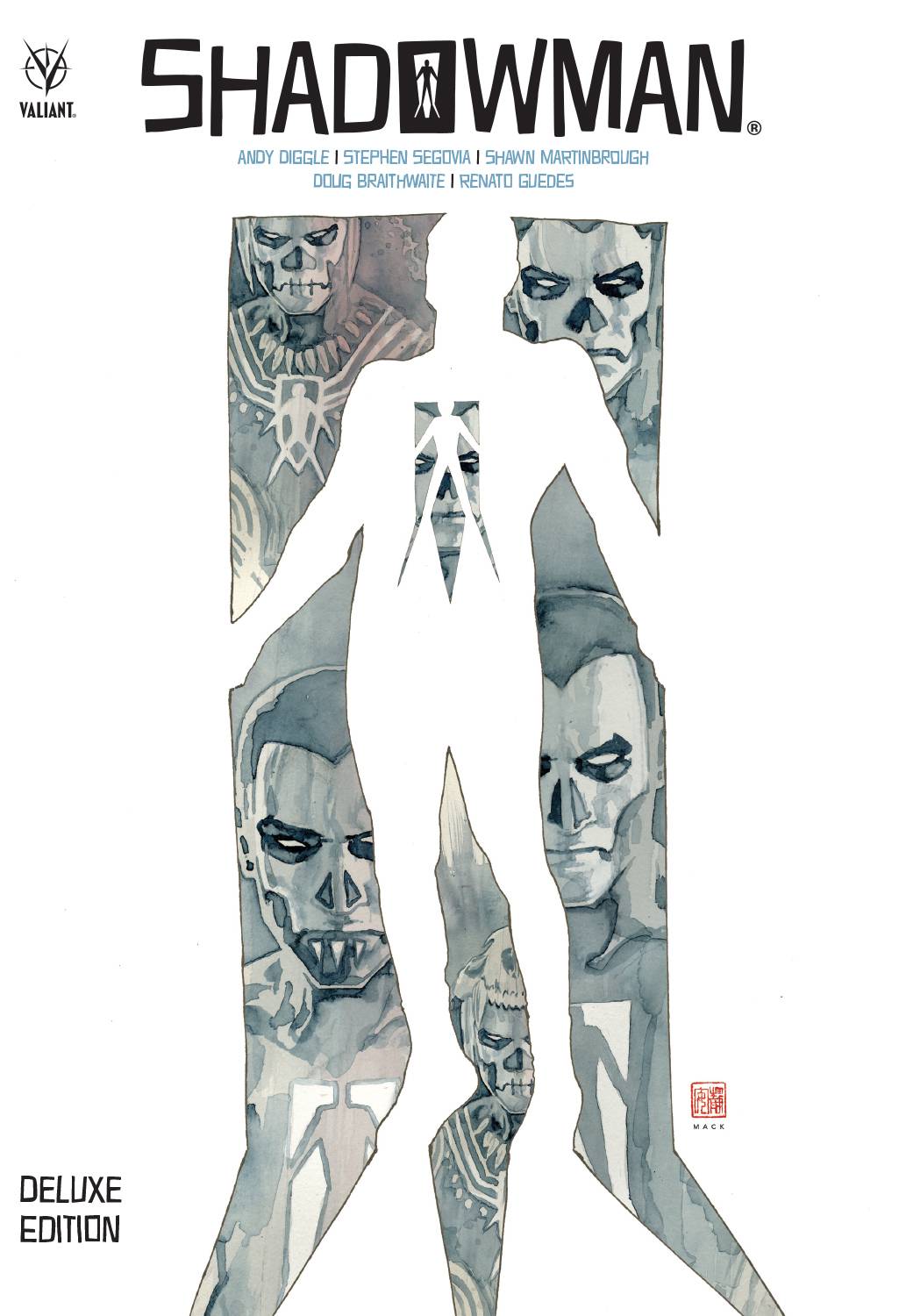 #
DEC201746
(W) Andy Diggle (A) Stephen Segovia, Shawn Martinbrough, Doug Braithwaite, Renato Guedes (CA) David Mack
The rise of the Shadowman!
For years, Jack Boniface believed that he knew the true story of the Shadowman loa - the true story of the curse inside him. He was wrong. Now, the man once known as Shadowman is returning home to sharpen the weapon within...and unleash a reckoning on the evils of our world that will soon send shockwaves through heaven and hell alike...
Superstar writer Andy Diggle (Green Arrow: Year One, The Losers) joins high-octane artists Stephen Segovia (Action Comics), Shawn Martinbrough (Thief of Thieves), Doug Braithwaite (Justice), and Renato Guedes(Action Comics) to reveal the full scope and power of the Shadowman mythos in an oversized deluxe edition hardcover of the series Nerdist calls "killer"!
Collecting SHADOWMAN (2018) #1-11, and SHADOWMAN/RAE SREMMURD #1, along with more than 20 pages of rarely seen art and extras!
In Shops: May 05, 2021
SRP: $49.99
ORDER WISH LIST