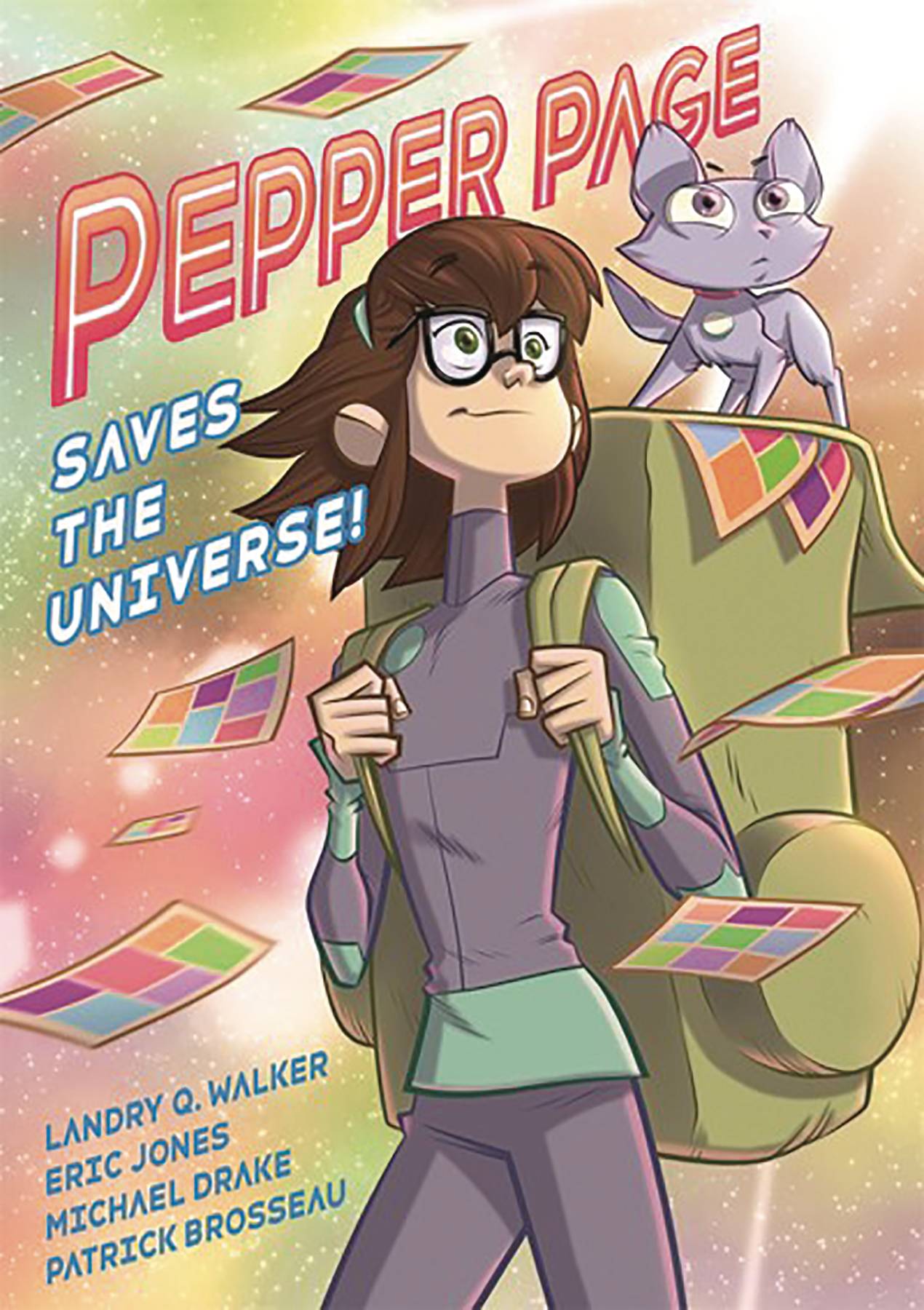 #
DEC201489
(W) Landry Quinn Walker (A/CA) Eric Jones
The year is 2421. Awkward and shy, Pepper buries herself in the universe of the classic fictional superhero Supernova to avoid dealing with the perils of the ninth grade. But then fate intervenes when Pepper encounters a strange cat named Mister McKittens and stumbles into a volatile science experiment run by a sinister substitute teacher named Doctor Killian. Pepper is flung into another dimension, bringing her face-to-face with an order of cosmic beings who declare her to be the steward of their great power, champion of harmony in the universe, and protector of worlds present and past. Now, in the twenty-first century, Pepper finds that she herself is the real Supernova. But as Pepper soon learns, escapist fantasy and reality are two very different things! Available in hardcover and softcover editions.
In Shops: Feb 17, 2021
SRP: $14.99
View All Items In This Series
ORDER SUBSCRIBE WISH LIST