ZORRO IN LAND THAT TIME FORGOT #4 CVR A WOLFER 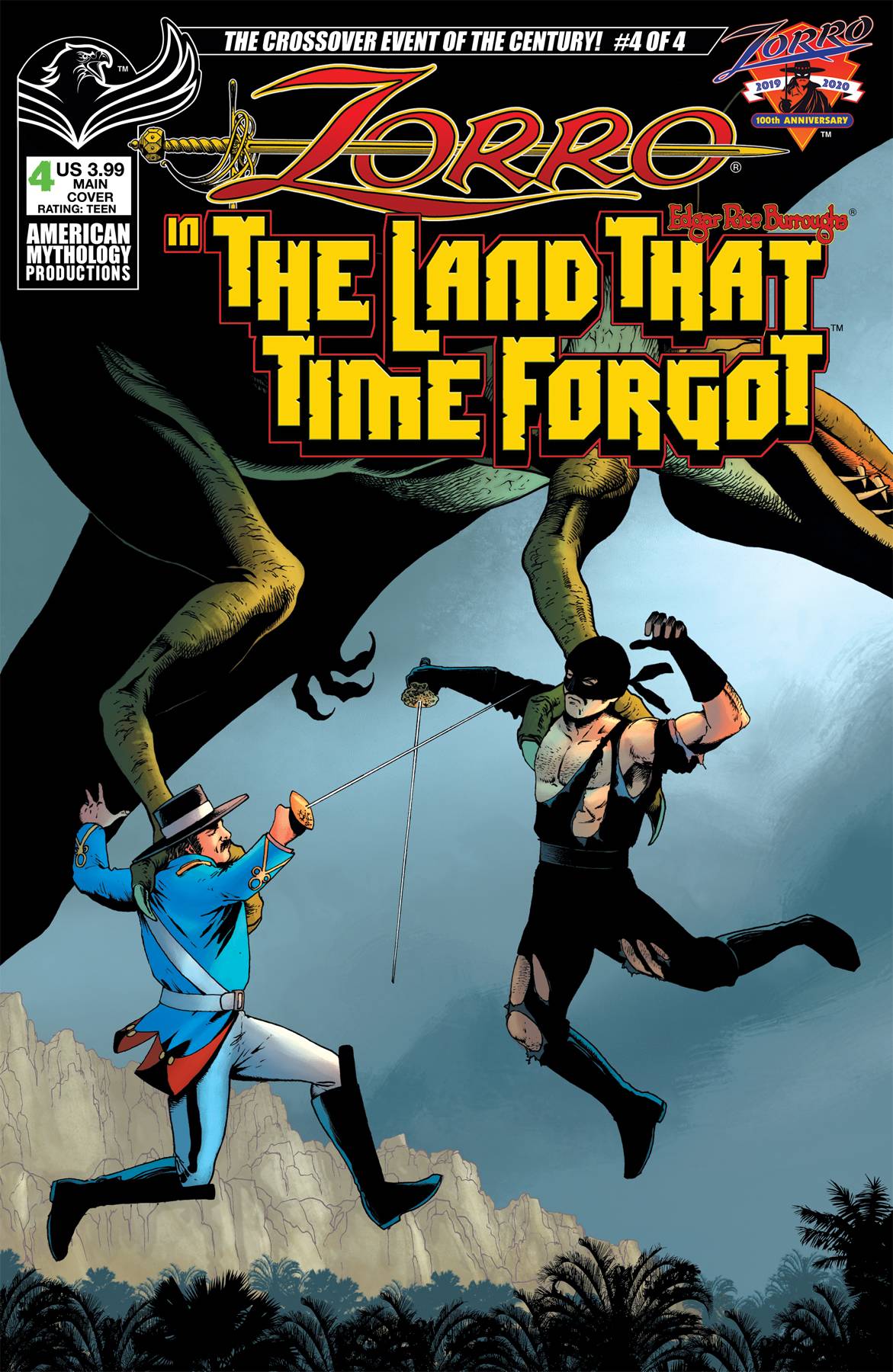 #
DEC201168
(W) Mike Wolfer (A) Alessandro Ranaldi (CA) Mike Wolfer
The most astounding crossover event of the year comes to a thunderous conclusion! As they battle for their lives against the prehistoric horrors of the lost world of Edgar Rice Burroughs' Caprona, Zorro, Captain Caproni, and Marina must use all of their wits and survival skills if they hope to escape the savage continent, because not only does Caprona want to kill them, so does the evil Captain Quintada and his troops, who seek their deaths in order to claim the lost world for the Spanish Empire. Rampaging dinosaurs and swashbuckling thrills abound in this incredible mini-series event that fans have demanded for decades! ERB and Zorro writing veteran Mike Wolfer provides the story, Alessandro Ranaldi contributes the pulse-pounding art, and you are the cheering section for this spectacular event that could just be Zorro's last! Available with two covers - Main and Limited Edition Pulp both by Mike Wolfer.
In Shops: Apr 28, 2021
SRP: $3.99
View All Items In This Series
ORDER SUBSCRIBE WISH LIST