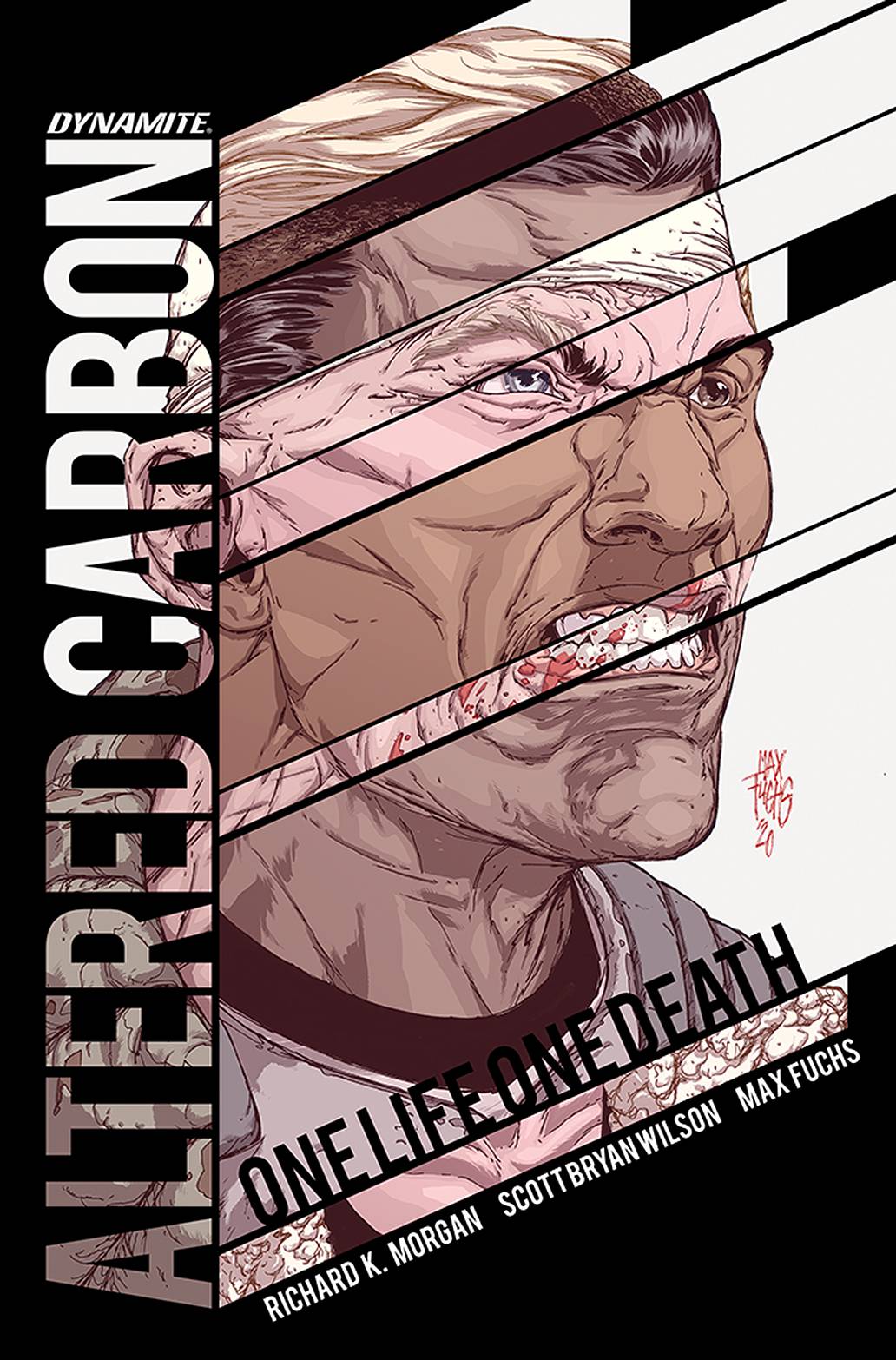 #
DEC200759
(W) Richard K. Morgan, Scott Bryan Wilson (A/CA) Max Fuchs
From the world of the best-selling trilogy of books and the hit Netflix show comes a new chapter in the ALTERED CARBON universe! In the future, bodies can be changed like clothes, giving life an entirely new meaning-or lack of meaning.

Takeshi Kovacs-once a member of the Envoy Corps, the elite, deadly troops of the Interstellar Earth Protectorate-now finds himself imprisoned . . . both in a jail and in an extremely weak body. When he learns that Envoys he served with in a battle he somehow can't remember have been stolen and sold to one of the richest people in the universe, Kovacs vows to rescue them and get revenge. Leaving behind a staggering body count as he blazes across the galaxy, he wonders why he has a hole in his memory . . . and what secrets that gap holds for understanding his future and himself.