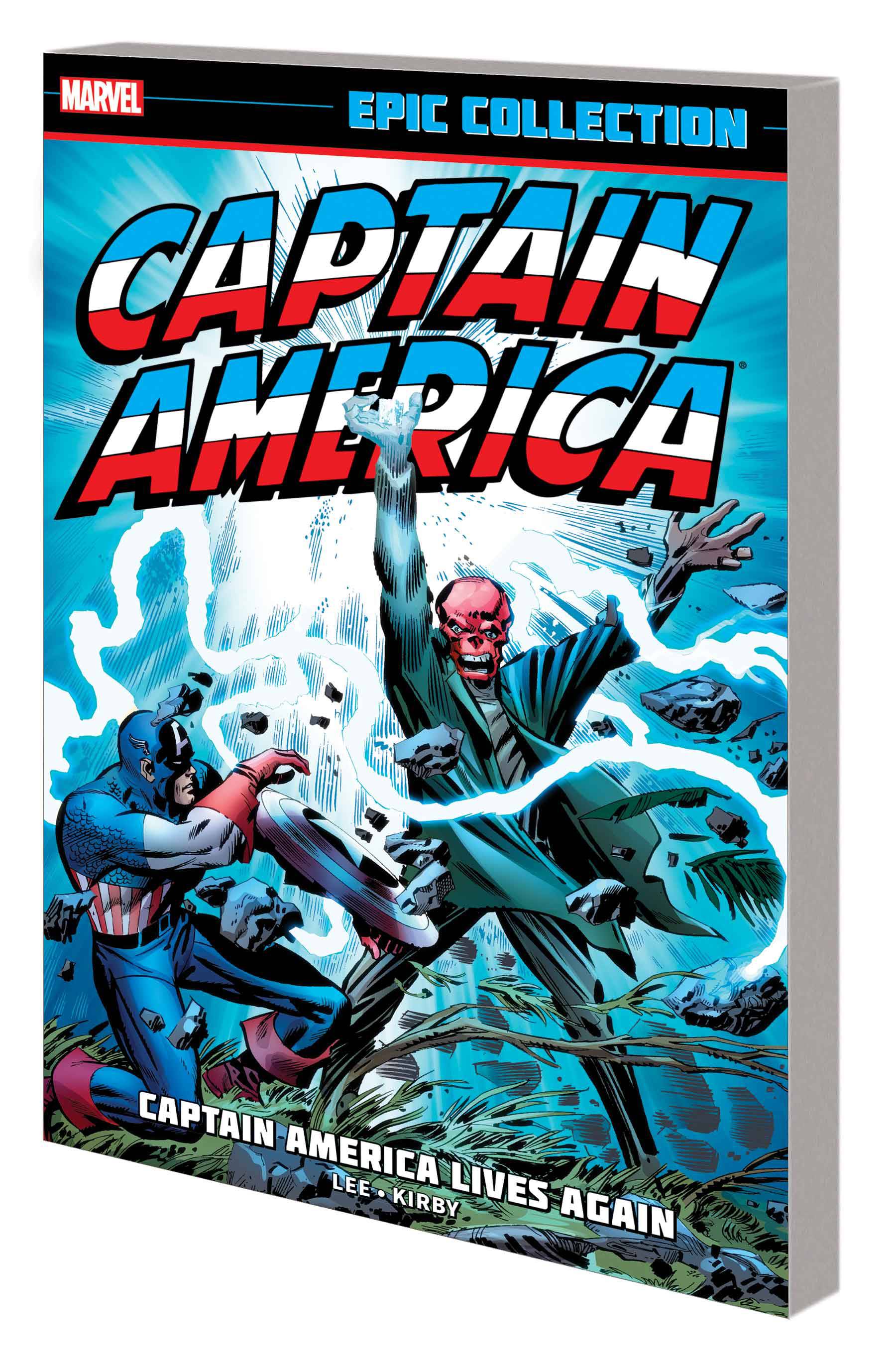 #
DEC200675
(W) Stan Lee, Roy Thomas (A) More (A/CA) Jack Kirby
Transformed by the Super-Soldier Serum from a 98-pound weakling into Captain America, Steve Rogers led the charge to liberate the world from the Axis powers! But before World War II's end, an accident left him frozen in suspended animation and his sidekick, Bucky, dead. The world kept turning for decades - and when the Avengers finally resuscitated him, Steve Rogers stepped into a life he no longer recognized. He was a man out of time, tormented by the death of his partner - but no less committed to the cause of fighting evil in all its forms! In this Epic Collection, Stan Lee and Jack Kirby bring you the rebirth of an American icon. The rebirth of Captain America! Collecting AVENGERS (1963) #4 and material from STRANGE TALES (1951) #114 and TALES OF SUSPENSE (1959) #58-96.