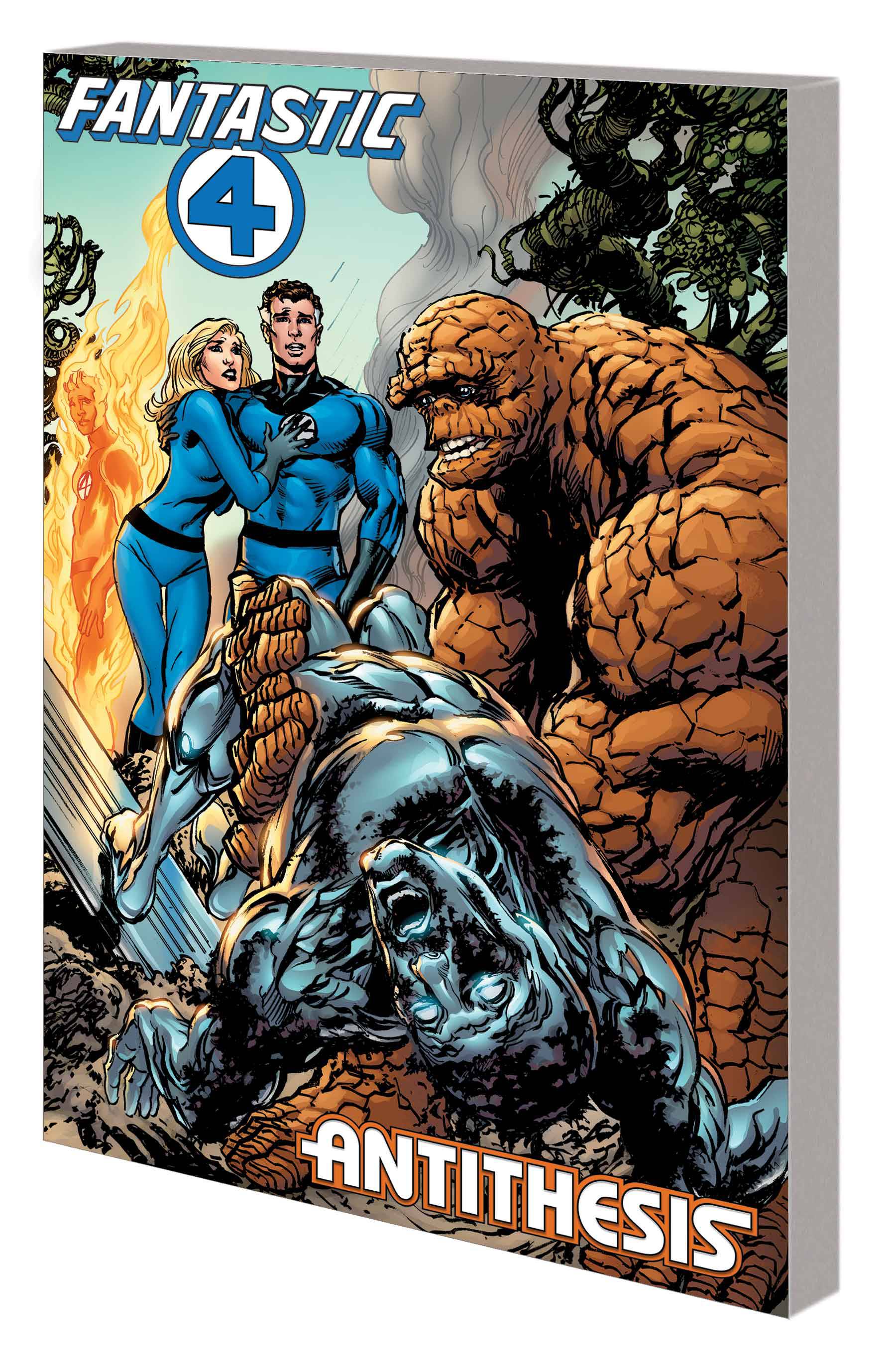 #
DEC200664
(W) Mark Waid, Dennis O'Neil (A) Mike Wieringo (A/CA) Neal Adams
Legendary artist Neal Adams illustrates his first ever full-length Fantastic Four story - and FF legend Mark Waid is back to join him! An unstoppable meteor of unknown origin has just erupted from hyperspace - and unless the Fantastic Four can keep it from hitting Manhattan, millions will die! But worse is yet to come. Galactus has vanished - and only he has the power to defeat his Negative Zone equivalent, the mysterious Antithesis! The Silver Surfer leads Reed, Sue, Ben and Johnny on a mad race across the galaxy in search of the World-Eater - but if they fail, desperate times may call for desperate measures. Cosmic rays gave them their powers - but what will the Power Cosmic do to the FF?! Plus: Two classic tales by Waid and Adams! Collecting FANTASTIC FOUR: ANTITHESIS #1-4, X-MEN (1963) #65 and FANTASTIC FOUR (1998) #60.