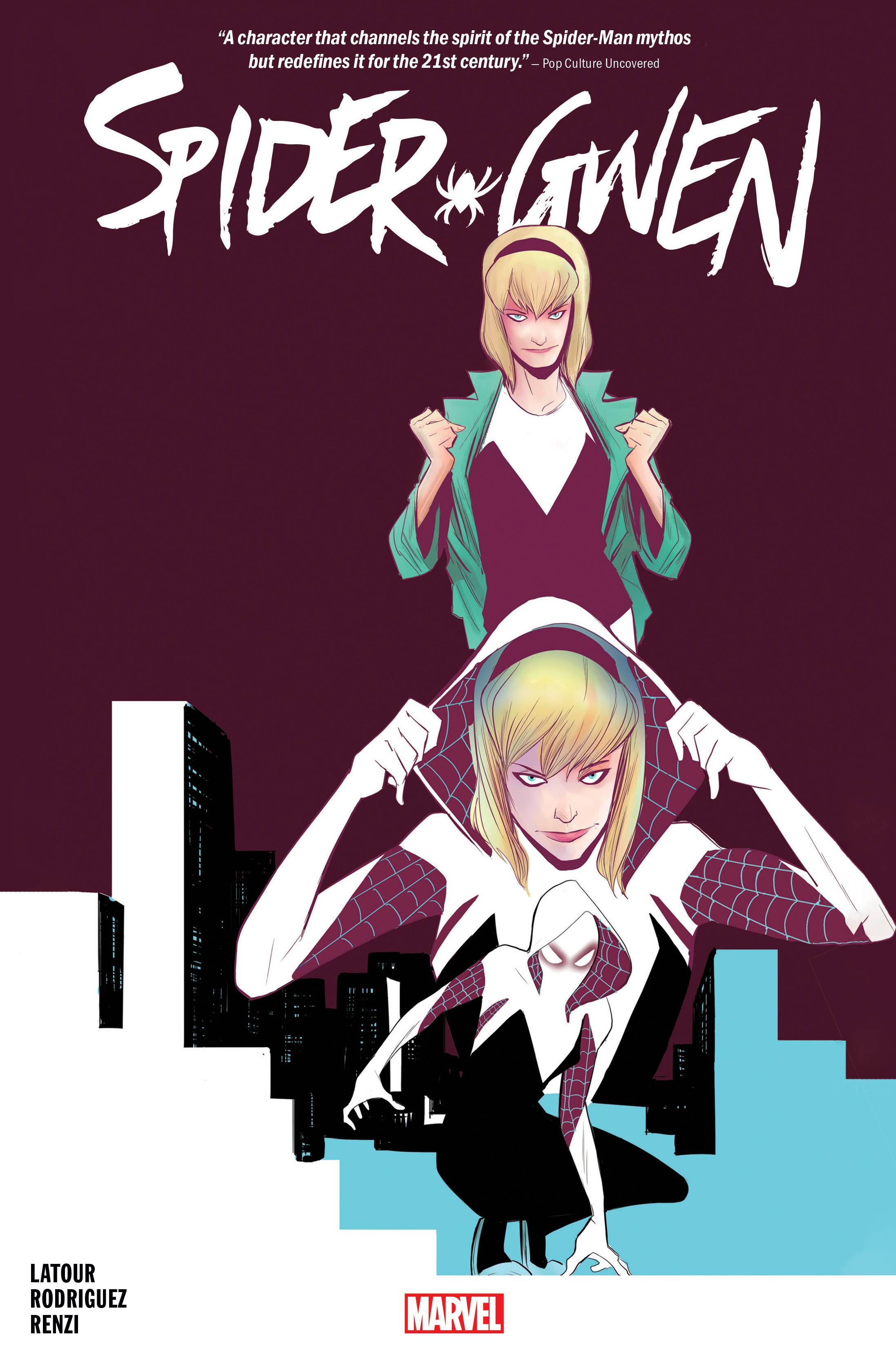 #
DEC200631
(W) Jason Latour, Hannah Blumenreich, More (A) Chris Visions, More (A/CA) Robbi Rodriguez
Out of the Spider-Verse, Gwen Stacy swings into action as the Spider-Woman of Earth-65 - a neighborhood like no other! Gwen balances super hero life with being the daughter of a cop - and playing drums in up-and-coming band, the Mary Janes! And you won't believe her reality's versions of the Lizard, the Osborns, Matt Murdock, Captain America, Frank Castle and more! The dimension-hopping Gwen joins a team-up of Spider-Women, and sparks fly when she meets Miles Morales! But troubles mount up at home, where she becomes S.H.I.E.L.D.'s most wanted - and problems with her powers lead to the introduction of Earth-65's Venom! Experience Jason Latour and Robbi Rodriguez's complete, world-building run! Collecting EDGE OF SPIDER-VERSE #2, SPIDER-GWEN (2015A) #1-5, SPIDER-GWEN (2015B) #1-34, SPIDER-GWEN ANNUAL #1, ALL-NEW WOLVERINE ANNUAL #1, SPIDER-WOMEN ALPHA and OMEGA, SILK (2015B) #7-8, SPIDER-WOMAN (2015) #6-7 and SPIDER-MAN (2016) #12-14.