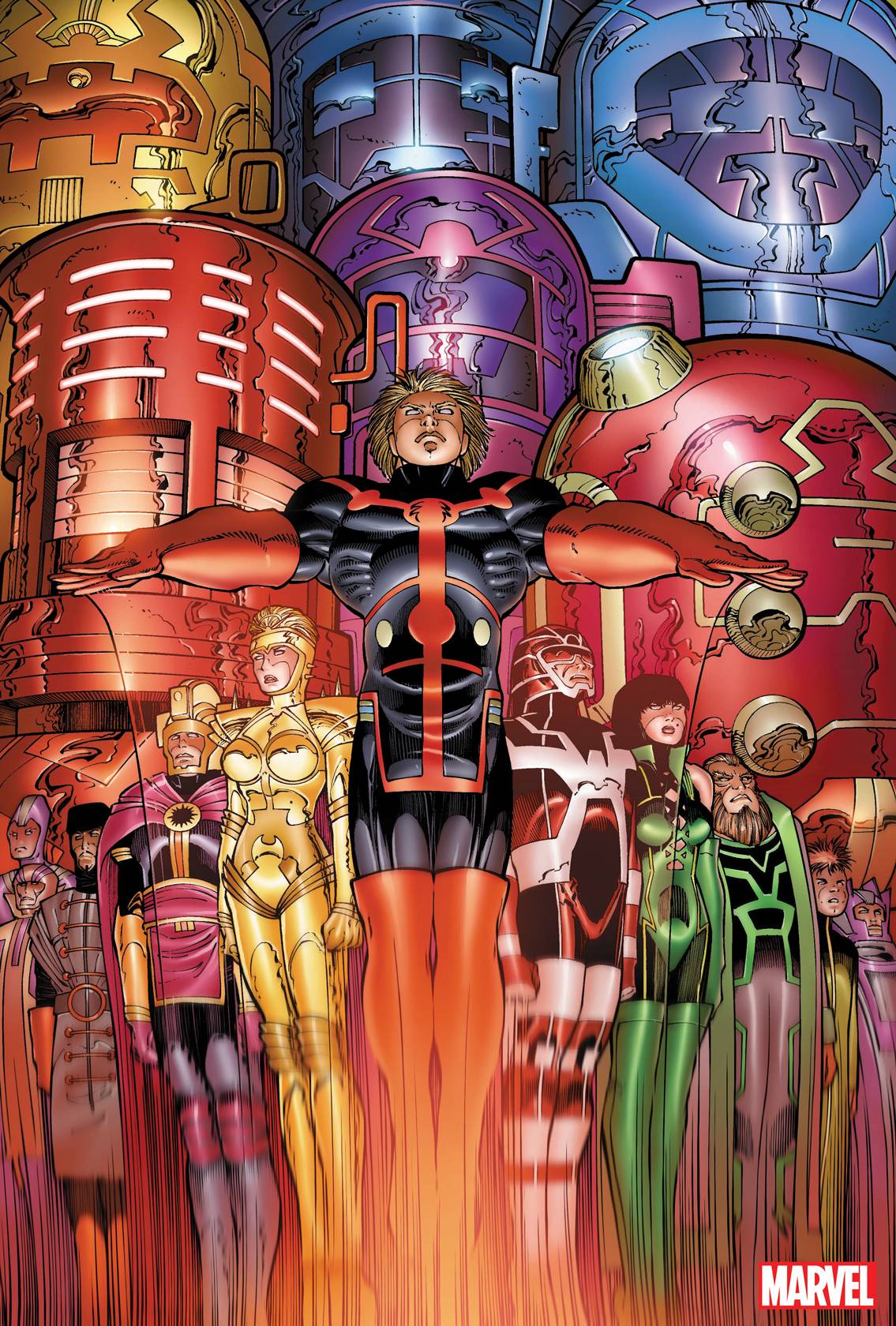 #
DEC198688
(W) Neil Gaiman (A) John Romita
In 1976, Jack Kirby created the immortal race called the Eternals - an ahead-of-its-time exploration of Kirby's ceaseless curiosity about man's origins and mythology. Decades later, superstar creators Neil Gaiman and John Romita Jr. have boldly and lovingly reinvigorated the Eternals, crafting a fresh and crackling yarn full of mystery, suspense and majestic power! Against the backdrop of a superhuman Civil War, the Eternals are awakening one by one from a strange, waking dream - suddenly coming to terms with the fact that they are far more than the normal people they have thought themselves to be. But there is little time to commiserate about such things, because a life-and-death struggle looms - one that will span both time and space! Experience the wonder as the Eternals are re-established as a vital part of the Marvel Universe! Collecting ETERNALS (2006) #1-7.
In Shops: Dec 30, 2020
SRP: $34.99