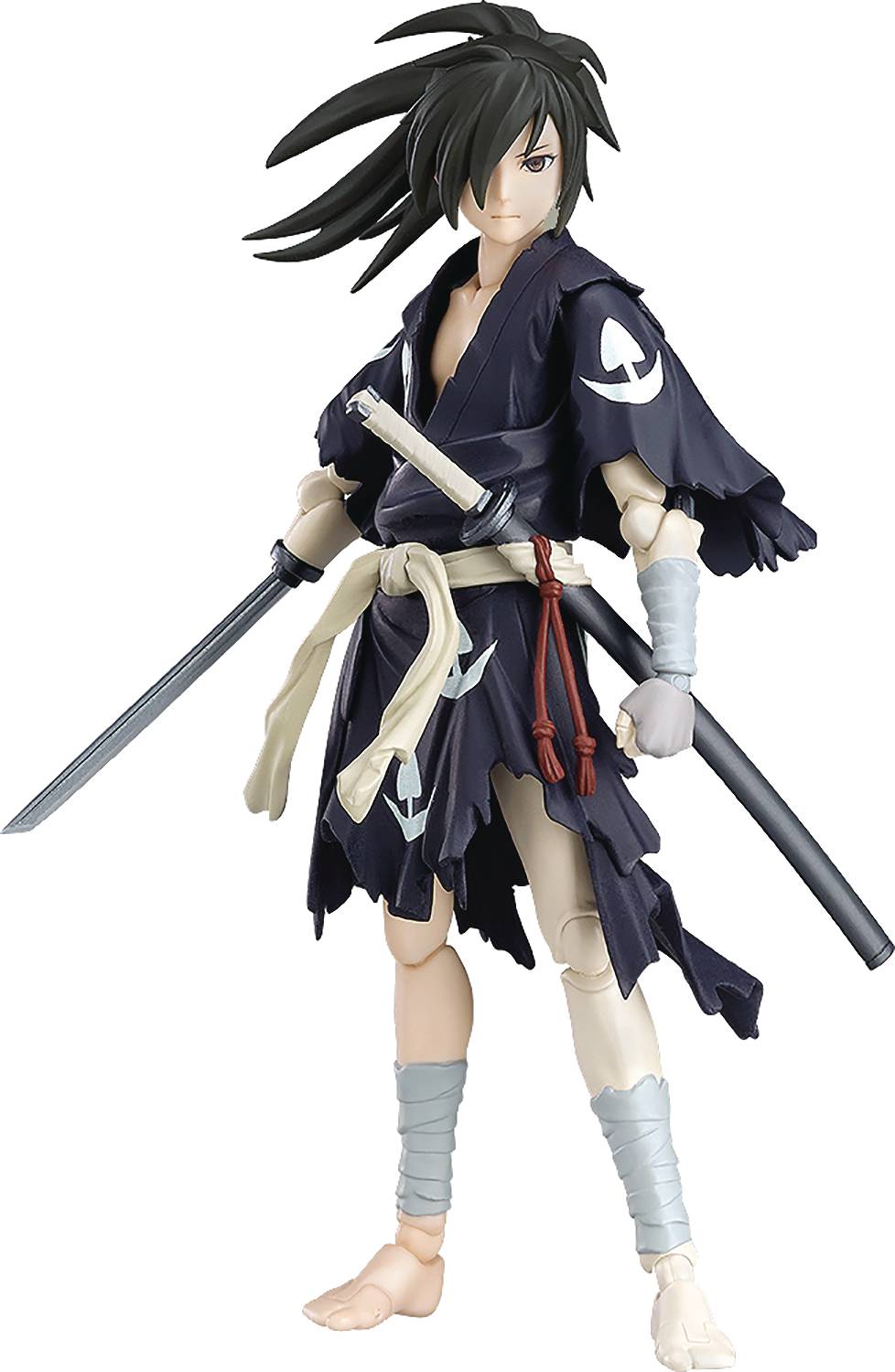 # #
DEC198663
From MAX Factory. From the anime series Dororo comes a figma of the character whose body parts were stolen by 12 demons, Hyakkimaru! He comes with three face plates including: an expressionless face, a face with his prosthetic arms in his mouth and a shouting face. For optional parts, he comes with both prosthetic arm parts and sword arm parts, a sword leg part for his right leg, his sword at his hip and interchangeable front hair parts perfect for recreating intense battle scenes. An articulated figma stand is included, which allows various poses to be taken.