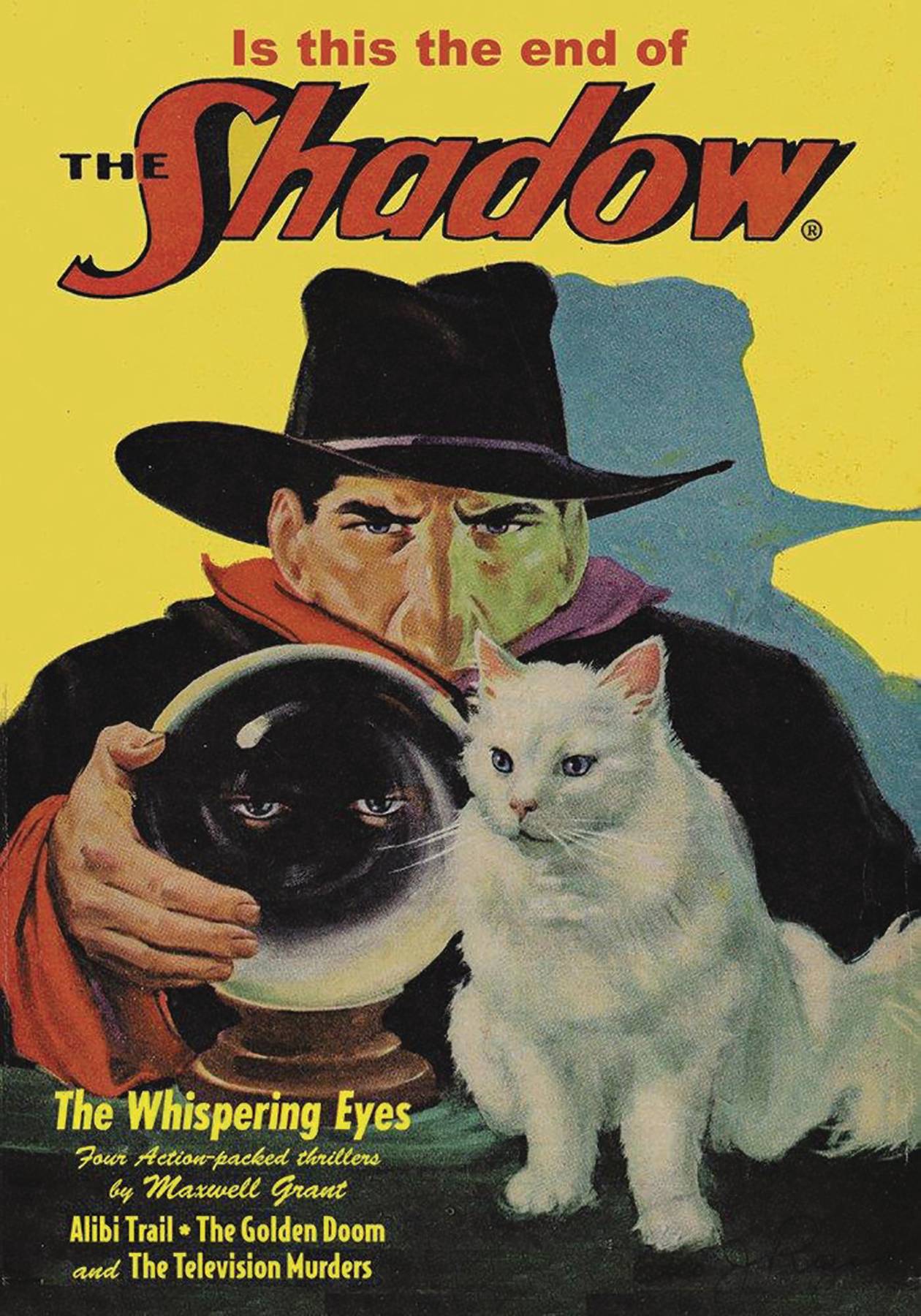 #
DEC191846
(W) Walter B. Gibson, Will Murray, Bruce Elliot, Ted Tinsley (A) Paul Orban, Edd Cartier (CA) Modest Stein, George Rozen
FOUR-NOVEL FINAL ISSUE SPECTACULAR! The Knight of Darkness proves that crime does not pay in thrilling pulp tales by Walter B. Gibson, Theodore Tinsley and Bruce Elliott writing as "Maxwell Grant." First, murder suspects all have iron-clad defenses, leading The Shadow to investigate an "Alibi Trail." Then "The Golden Doom" menaces a great hospital and threatens the life of The Shadow himself! Next, a victim is killed during a live video drama, and only Lamont Cranston can unmask the perpetrator of "The Television Murders." Finally, "The Whispering Eyes" are all victims recall of a sinister master of hypnotism in Walter Gibson's final Shadow pulp novel! This instant collectors item showcases the original cover art by George Rozen and Modest Stein and interior illustrations by Paul Orban and Edd Cartier, with historical commentary by Will Murray and Anthony Tollin.
In Shops: Jan 29, 2020
SRP: $19.95
View All Items In This Series
ORDER SUBSCRIBE WISH LIST