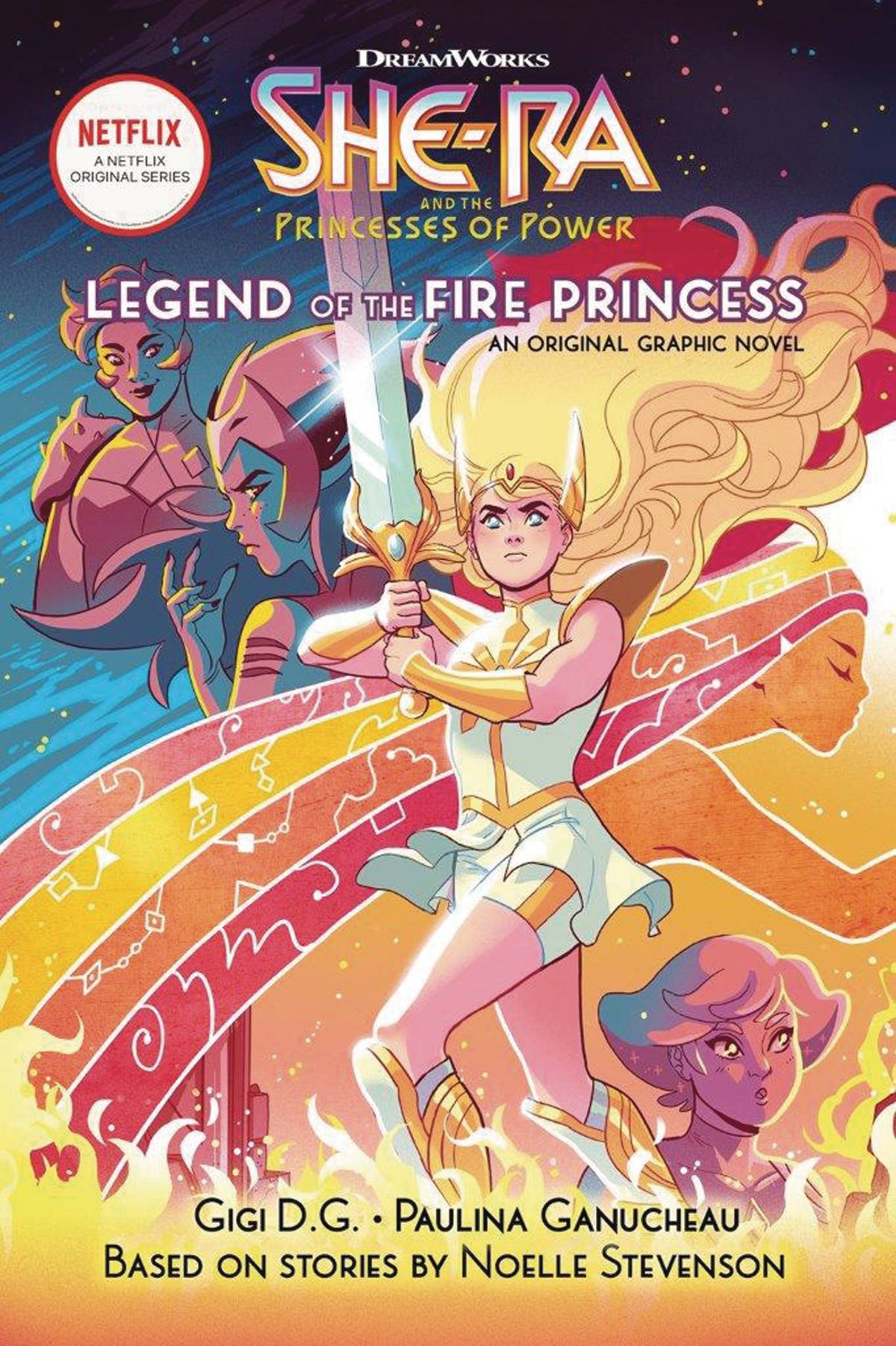 #
DEC191729
(W) Gigi D. G. (A) Peterschmidt, Paulina Ganucheau
Don't miss the first epic She-Ra and the Princesses of Power graphic novel, based on stories by showrunner Noelle Stevenson! Even after everything that's happened, the world outside the Horde's walls is still a strange one to Adora. Each day she's learning more about her growing powers as She-Ra, including something new: the ability to heal corrupted runestones. Runestones are the magical source from which princesses like Frosta, Mermista, and Perfuma draw their power, but Glimmer knows of another runestone - one with a dark past. Long ago a fire princess ruled the lands to the west, until her thirst for power corrupted her, and led to the ruin of her kingdom. Glimmer thinks the lost fire runestone could give the Rebellion an edge in the fight against the Horde, but claiming this ancient power won't be easy... especially not when the Horde has their eyes set on the same prize. Don't miss this original graphic novel based on stories by She-Ra showrunner and New York Times bestselling author Noelle Stevenson, with script by Gigi D.G. and art by Paulina Ganucheau! Available in Softcover and Hardcover editions!
In Shops: Feb 12, 2020
SRP: $12.99
View All Items In This Series