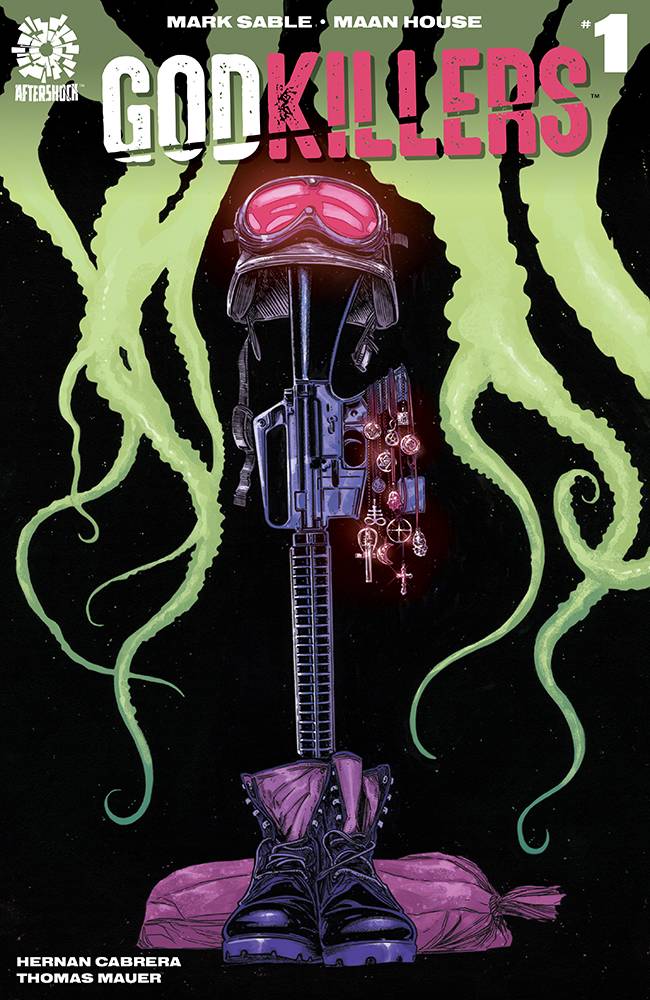 #
DEC191337
(W) Mark Sable (A) Maan House (CA) Jeremy Haun
Abdul Alhazred is an Arab-American folklore professor-turned-soldier whose fear of death stems from uncertainty about the existence of an afterlife. Then he joins THE GODKILLERS, a special forces unit tasked with ?ghting insurgents who use mythological creatures as weapons of mass destruction. Now that he knows that the supernatural exists, he'll have to decide which is worse - death or the nightmarish monsters he thought were mere legends. From writer Mark Sable (Grounded, Fearless, Supergirl) and newcomer artist Maan House, THE GODKILLERS is a monster story for the modern age.
In Shops: Feb 19, 2020
SRP: $4.99
View All Items In This Series
ORDER SUBSCRIBE WISH LIST