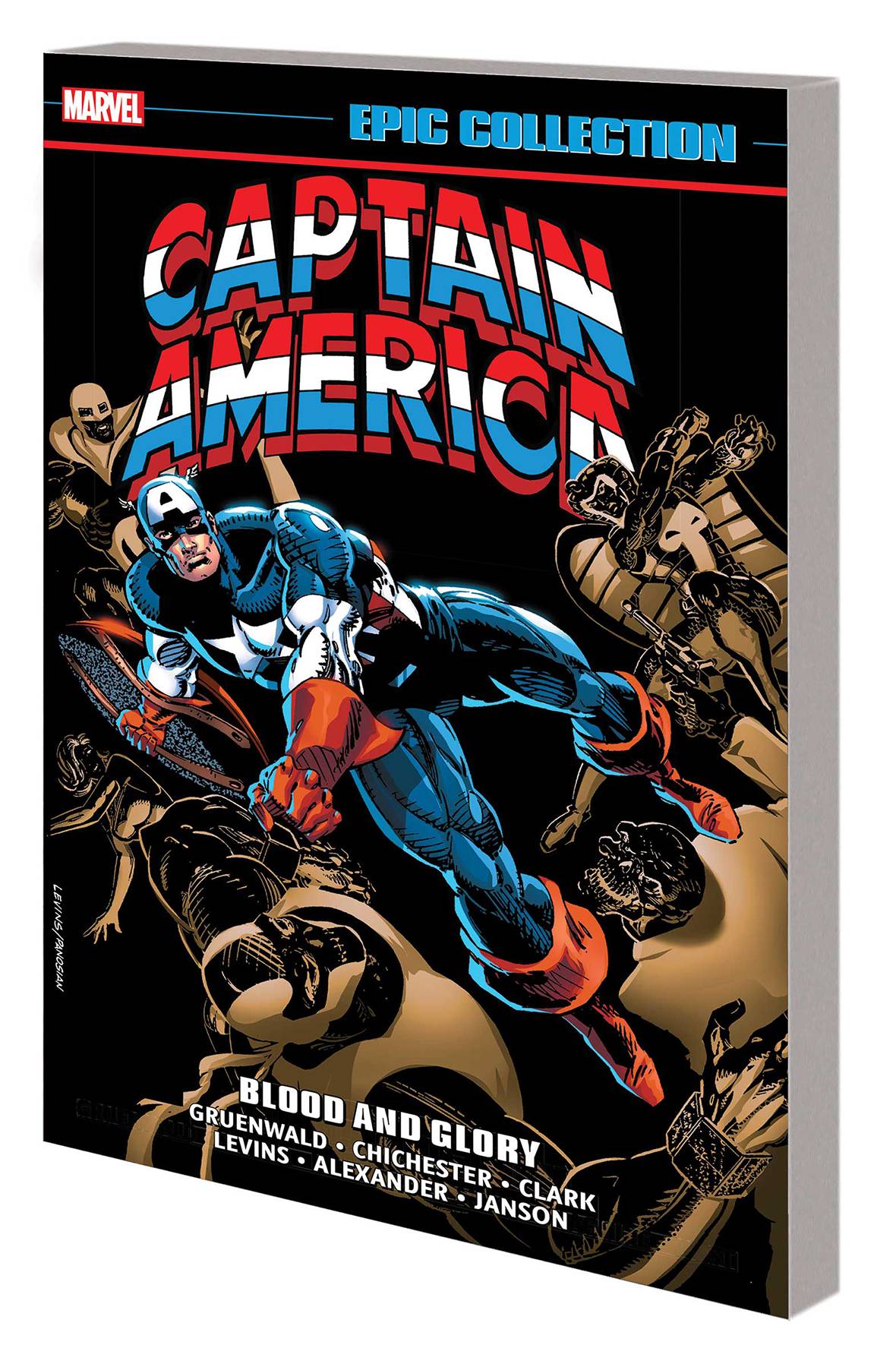 #
DEC191003
(W) Mark Gruenwald, More (A) More (A/CA) Rik Levins
Cap like you've never seen him before! First, it's Captain America's landmark 400th issue - and while Operation: Galactic Storm rages around him, Steve Rogers must face a gauntlet of his most formidable foes! But will the cosmic conflict's fallout sunder the Avengers? Then, prepare for one of the wildest Cap stories ever as Steve is transformed into a howling mad Cap-Wolf! Other werewolves, including Man-Wolf, Werewolf by Night and the New Mutants' Wolfsbane, join the fur-flying fun - as do Wolverine and Cable! But who will be the leader of the pack? Plus: When Crossbones captures Diamondback, it's Cap and the Falcon to the rescue! But where's D-Man? And Steve joins Frank Castle in a brutal battle for blood and glory! Collecting CAPTAIN AMERICA (1968) #398-410 and PUNISHER/CAPTAIN AMERICA: BLOOD & GLORY #1-3.
Rated T+
In Shops: Mar 18, 2020
SRP: $39.99
ORDER WISH LIST