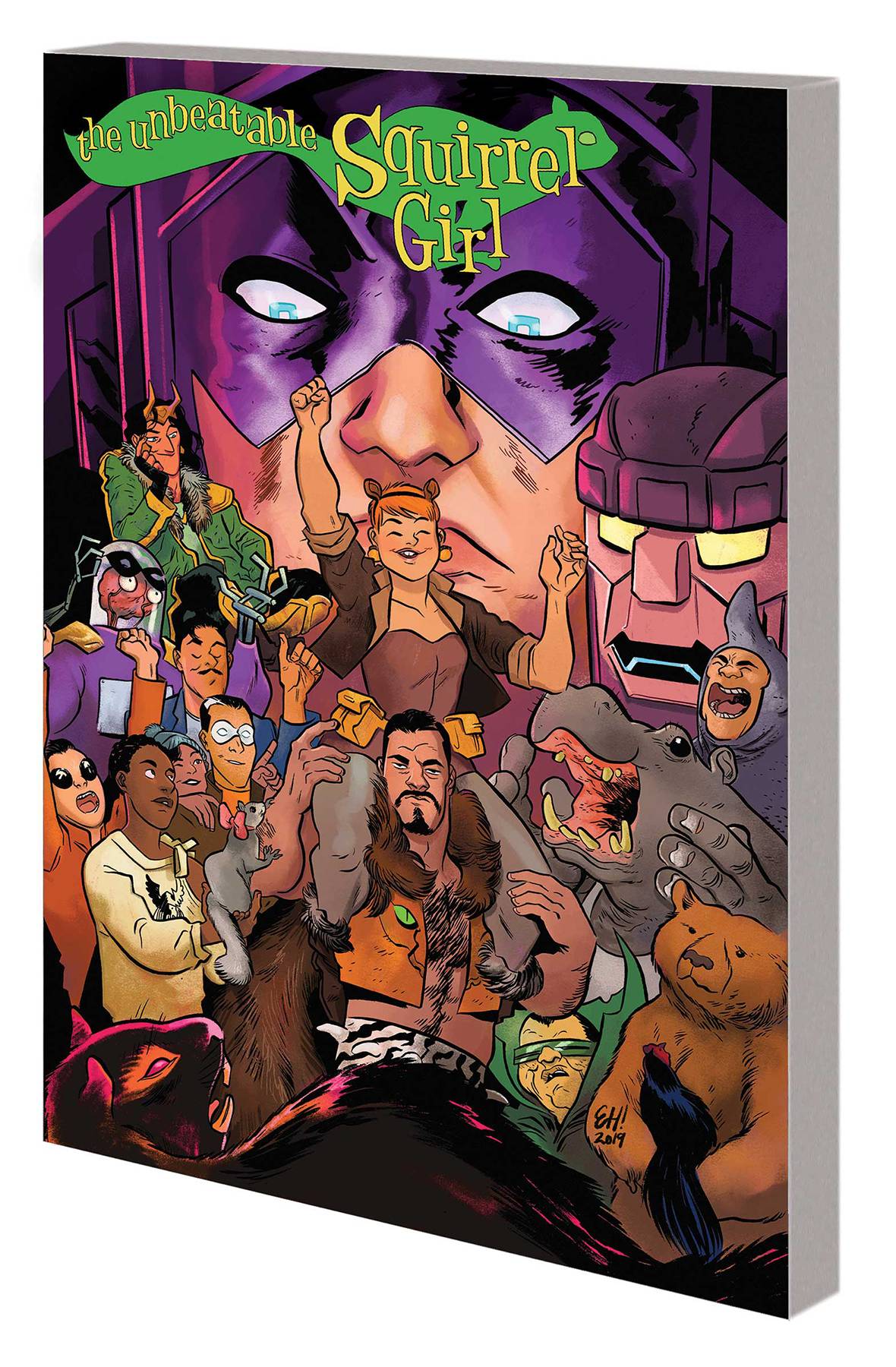 #
DEC190990
(W) Ryan North (A) Derek Charm (CA) Erica Henderson
To all things, an ending! As the finale of Ryan North's run begins, Brain Drain is missing! And the hitherto invincible Doreen Green will have to face certain defeat to save him! It's the nuttiest Squirrel Girl story ever as lives hang in the balance, narrative threads are resolved, shocking reveals are, um, revealed - and the greatest villains in Marvel history team up to take out the one thing that's stood in their way: Doreen! We're talking big bads like Doctor Doom here, people! Will Squirrel Girl survive? Friendship, explosions and friendships forged during explosions - it all comes down to this! Collecting THE UNBEATABLE SQUIRREL GIRL (2015B) #47-50.
Rated T
In Shops: Feb 26, 2020
SRP: $15.99
View All Items In This Series
ORDER SUBSCRIBE WISH LIST