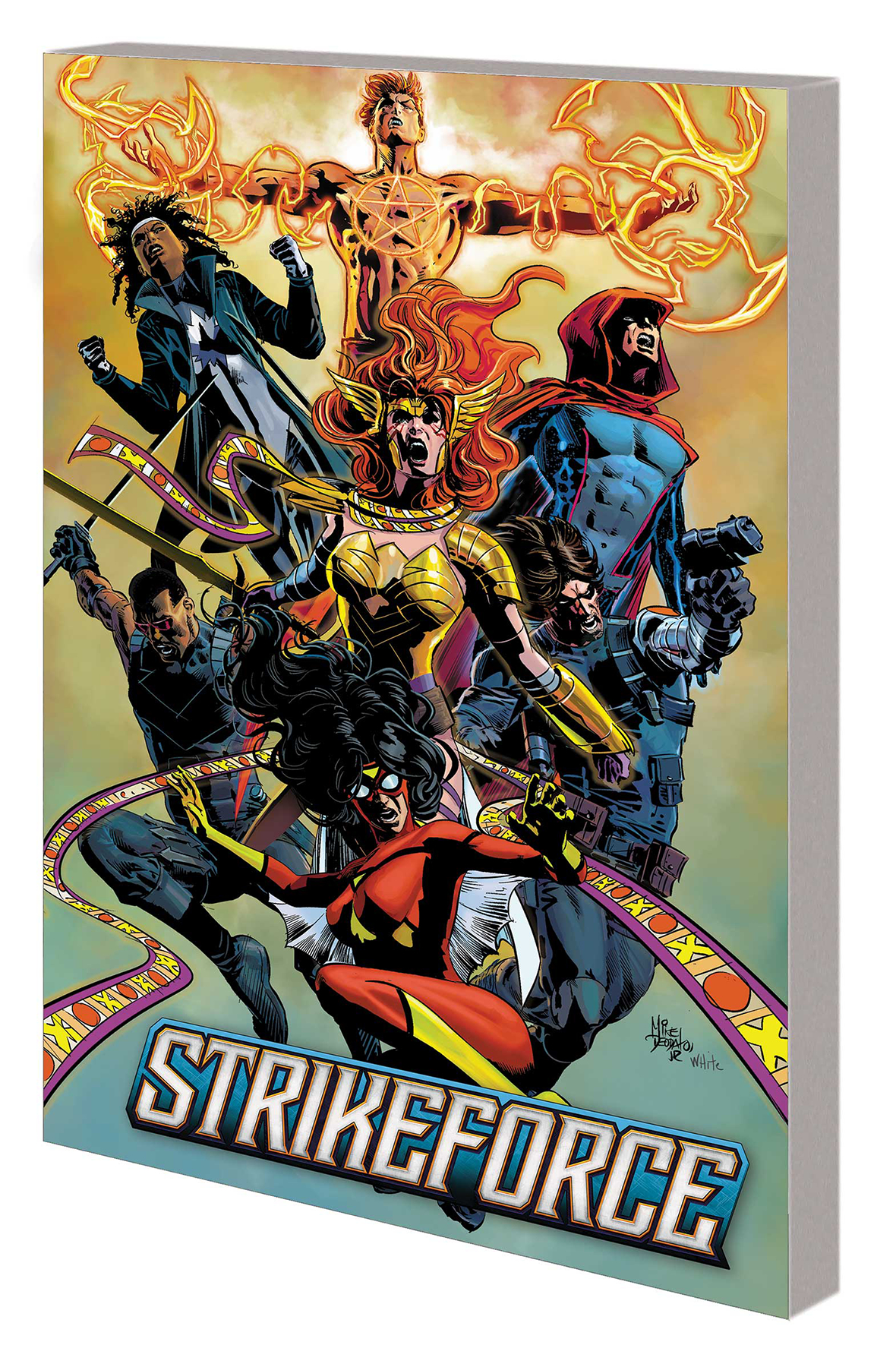 DEC190987
(W) Tini Howard (A) German Peralta, More (CA) Mike Deodato
No compromise - no mercy! A new threat is secretly taking over the planet - and the more people who know about it, the more powerful it becomes. Blade can't bring the Avengers in on this - not just for their own safety but also for the safety of everyone on Earth. So he must recruit a team of heroes accustomed to darkness - a Strikeforce! Angela, Spider-Woman, Wiccan, the Winter Soldier, Monica Rambeau and Daimon Hellstrom join the Daywalker to fight the fights no other Marvel team can take on! But something is very wrong with Daimon - and the only one who can help is his devilish sister, Satana! The crew storm Castle Doom - where secrets, and swords, will fly! But who is tinkering with the boundaries between life and death, between human and machine - and why?! Collecting STRIKEFORCE #1-5.
Rated T+
In Shops: Feb 26, 2020
SRP: $15.99
View All Items In This Series