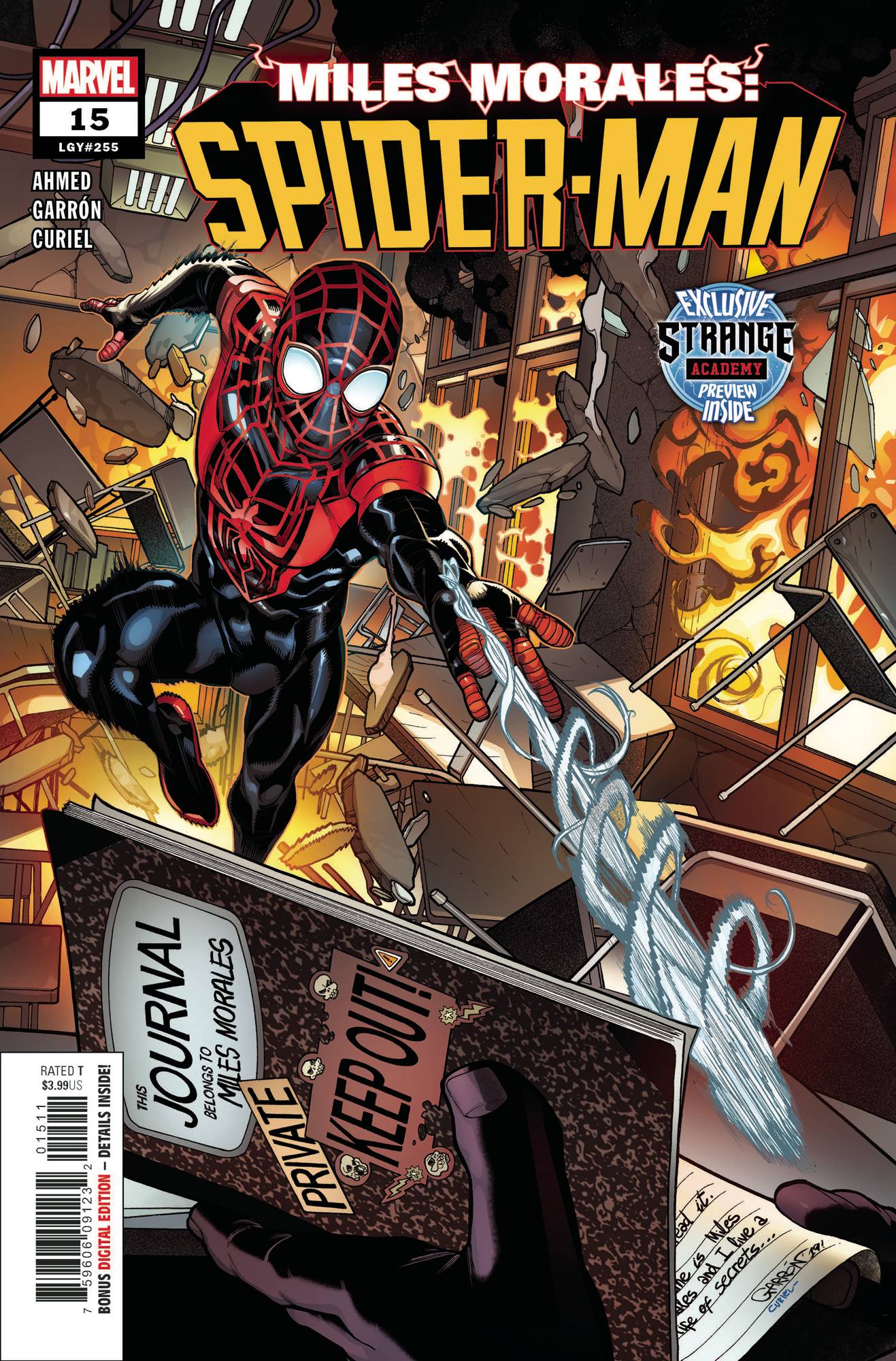 #
DEC190877
(W) Saladin Ahmed (A/CA) Javi Garron
INVASION AT BROOKLYN VISIONS!
•  Miles' journal has gone missing--you know, the one where he wrote his private thoughts about BEING SPIDER-MAN!!!
•  And it's fallen into enemy hands! Does that have something to do with Miles' high school under siege by the most monstrous goons he's faced since CARNAGE?
•  You're about to see more of Brooklyn Visions than ever--but is it for the last time?
Rated T
In Shops: Feb 05, 2020
SRP: $3.99
View All Items In This Series