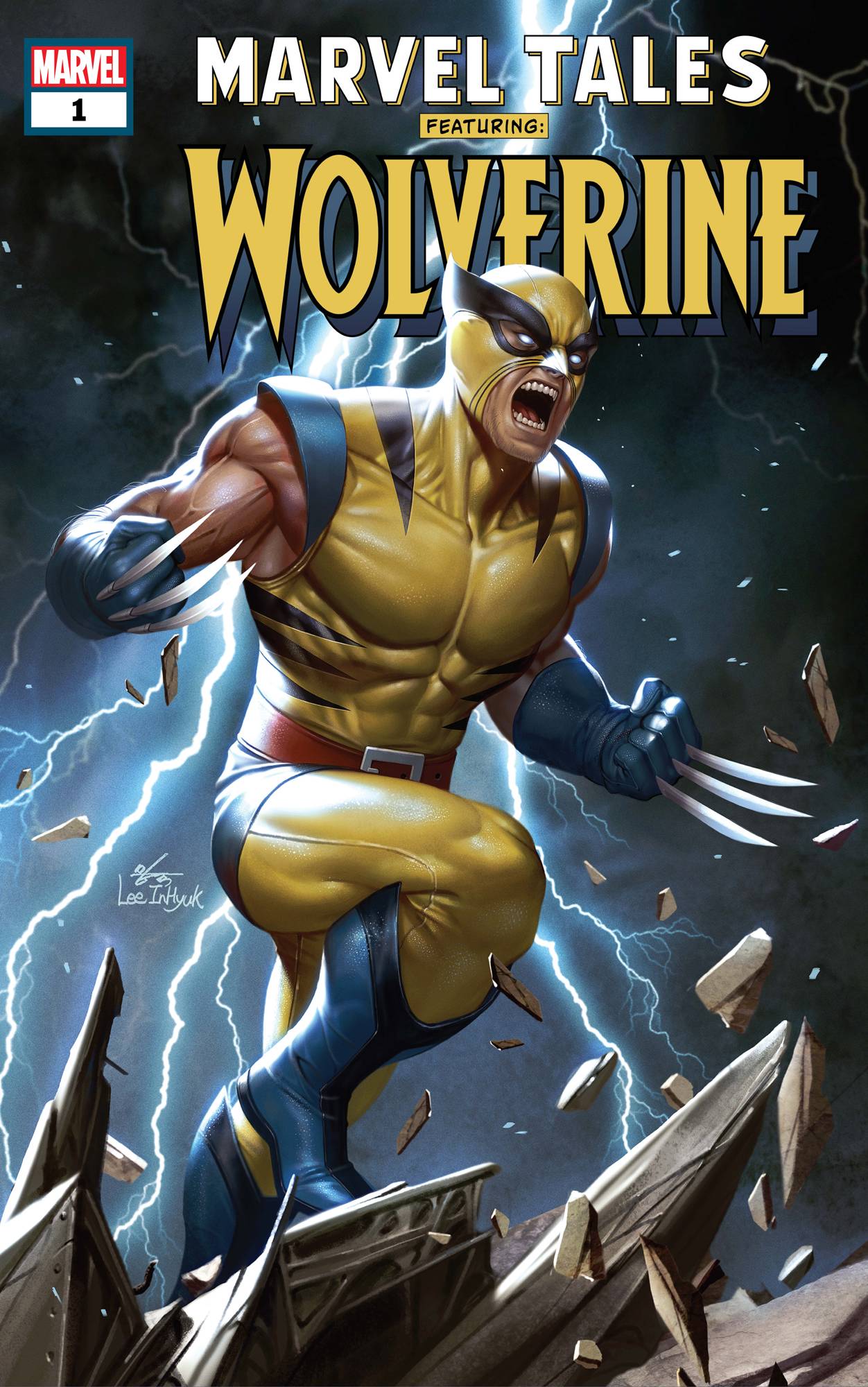 #
DEC190768
(W) Chris Claremont, Jim Lee, John Byrne, Fabian Nicieza (A) Dave Cockrum, Bob Wiacek, Jim Lee, Scott Williams, Andy Kubert, Matt Ryan (CA) In-Hyuk Lee
He's the best there is at what he does...
...and Wolverine is here to prove it as we celebrate the 80th anniversary of the House of Ideas with the era-spanning MARVEL TALES! This anthology series shines a spotlight on fan-favorite characters, features timeless stories and highlights some of our most impressive talent from the past eight decades. First, with the X-Men captured by the Brood, Logan slashes his way through the alien hordes - but can his healing factor beat back their deadly infection? Relive this classic tale from UNCANNY X-MEN (1981) #162! Then, in X-MEN (1991) #4, Wolverine's past as an espionage agent returns to haunt him - but now all of the X-Men are in the deadly Omega Red's crosshairs! And when Magneto threatens the entire planet, a climactic battle will change everything for Logan in the seismic X-MEN (1991) #25!
Rated T
In Shops: Feb 12, 2020
SRP: $7.99
ORDER WISH LIST