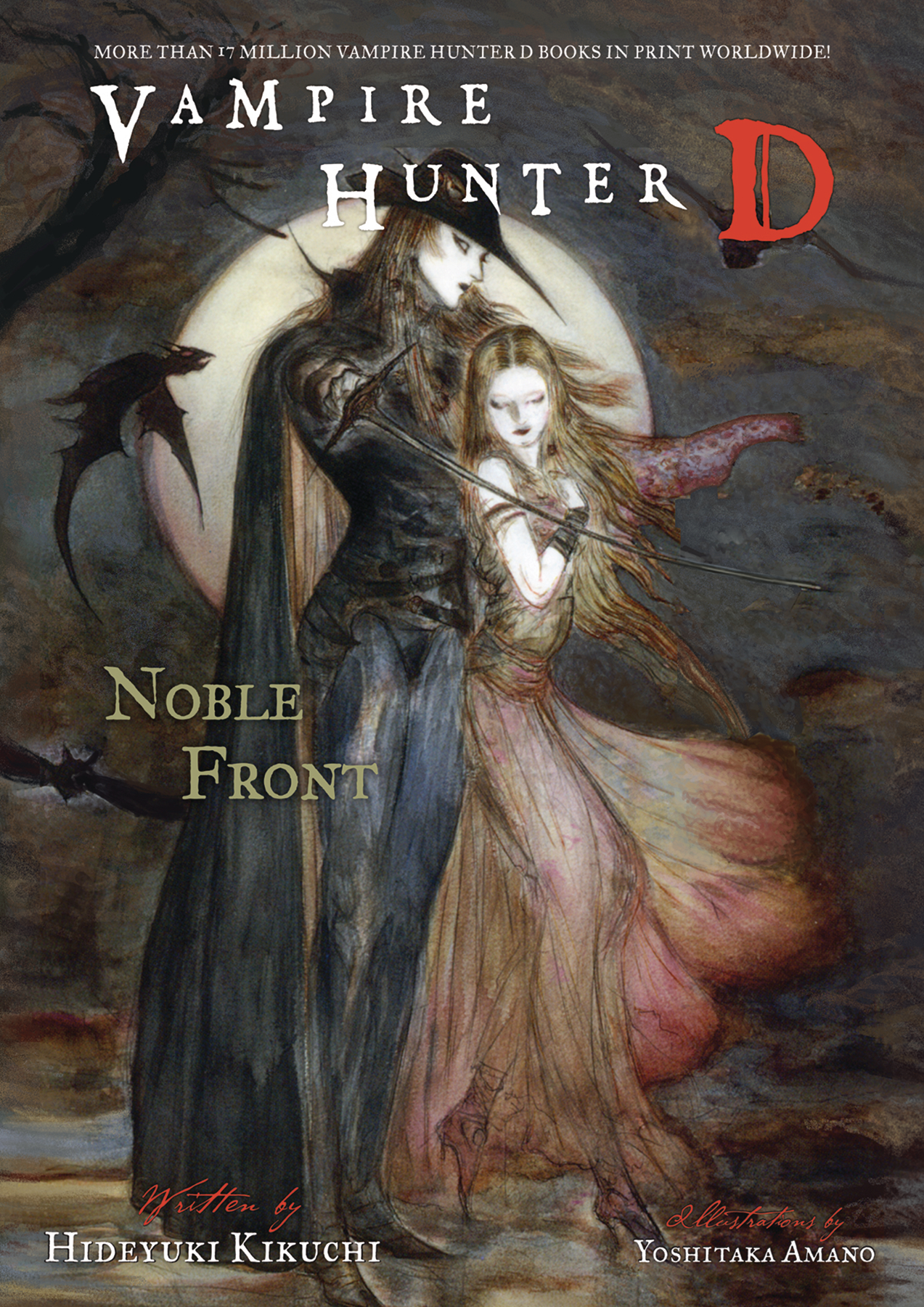 DEC190316
(W) Hideyuki Kikuchi (A/CA) Yoshitaka Amano
Out on the Frontier, the killers called the "Nameless" have no wanted posters-because everyone they go after winds up dead. Now D must measure his sword against these grotesque and deadly freaks! Hired by the mayor of Schwartzen to stop a corrupt political ploy that would sacrifice human lives to appease the local Noble, Grand Duke Bergenzy, the vampire hunter arrives in town to find his client has himself dropped dead under suspicious circumstances. His widow, wanting no more bloodshed, begs D to simply forget the job-but D's interest in the job is just beginning . . .
In Shops: May 20, 2020
SRP: $11.99
View All Items In This Series