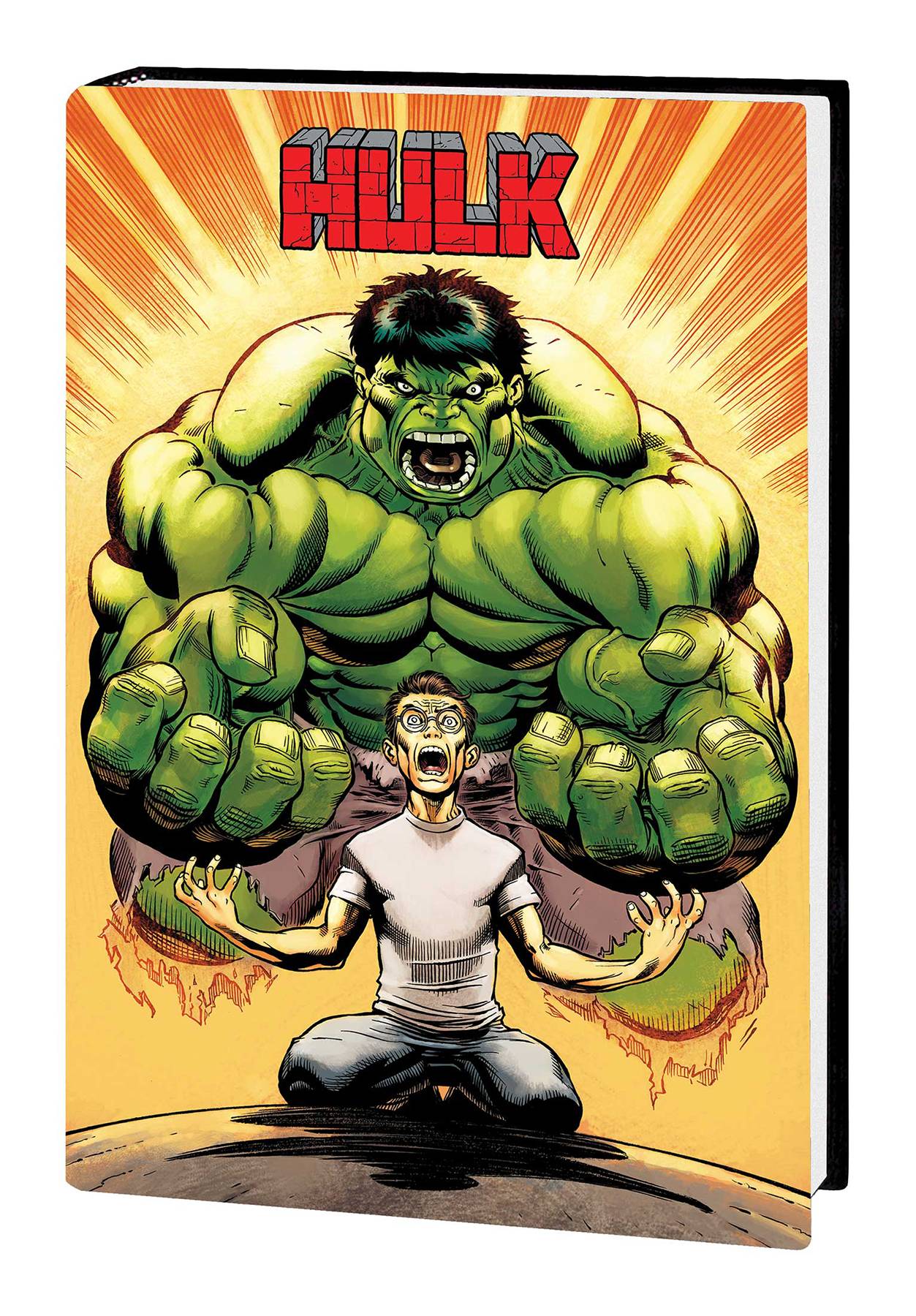 #
DEC181029
(W) Audrey Loeb, Jeph Loeb (A) Arthur Adams, More (A/CA) Ed McGuinness
There's a sadistic new red-skinned Hulk in the Marvel Universe. Who or what is he? One thing's for sure: He's a Hulk with a mission...and it'll be an explosive battle when he collides with the original green-skinned goliath! As Marvel's greatest minds try to uncover the Red Hulk's secrets, She-Hulk calls in the cavalry to bring him down! Meanwhile, Rick Jones adjusts to a startling new status quo - and what's wrong with Doc Samson? When Domino sees too much, Red Hulk assembles a hit squad to silence her. But whose side is the new Red She-Hulk on? And when Red Hulk's mysterious backers stand revealed, can Marvel's greatest heroes halt an unstoppable red tide of destruction? Collecting HULK (2008) #1-24, KING-SIZE HULK #1, FALL OF THE HULKS: GAMMA, HULK-SIZED MINI-HULKS #1 and material from INCREDIBLE HULK (2009) #600 and WOLVERINE (2003) #50.
Rated T+
In Shops: Jun 12, 2019
SRP: $100.00
ORDER WISH LIST