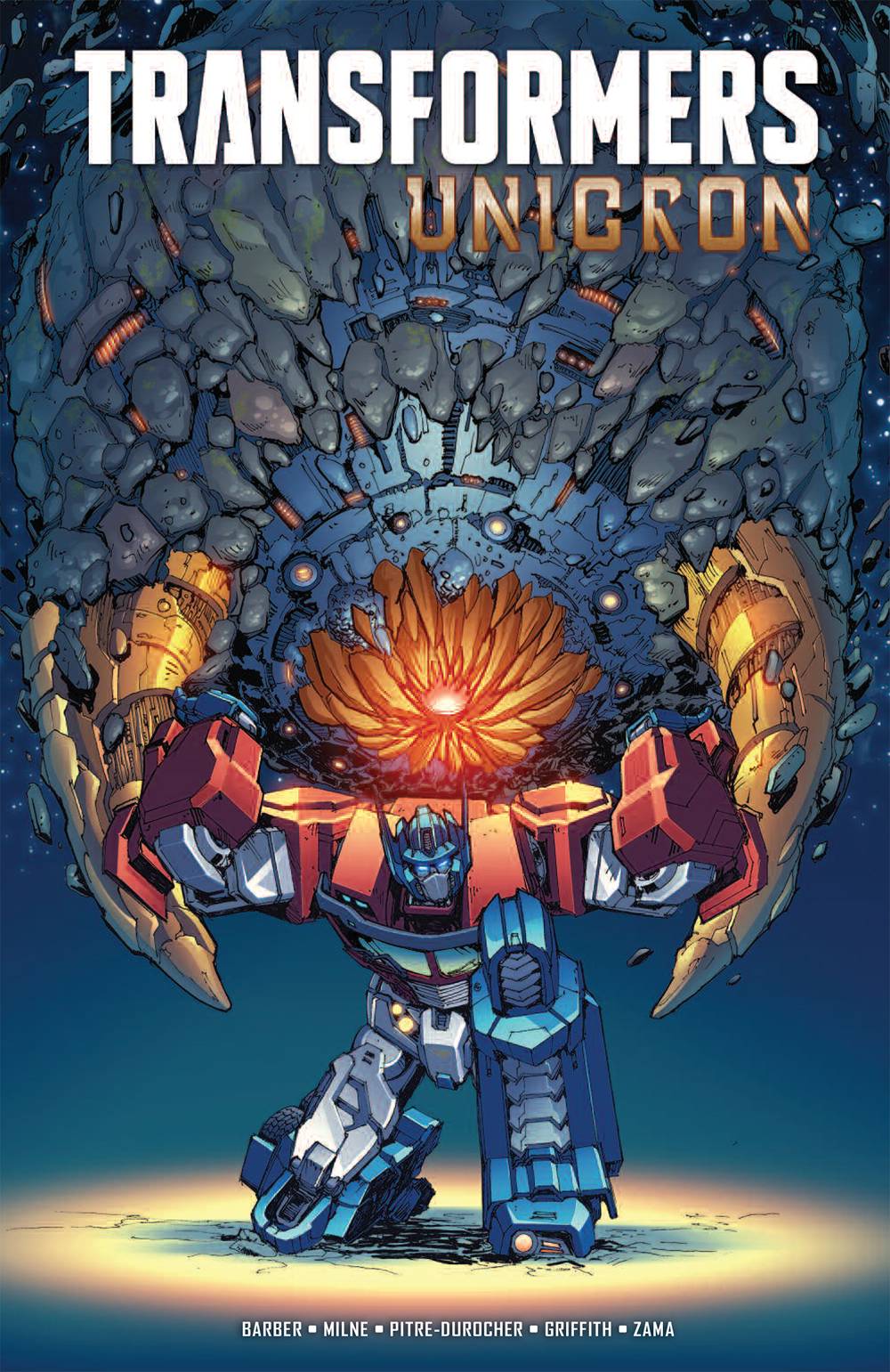 #
DEC180766
(W) John Barber, Chris Ryall, David Rodriguez, Brandon Easton, Christos N. Gage, Magdalene Visaggio (A) Alex Milne, Sara Pitre-Durocher, Kei Zama, David Messina, Nelson Daniel, Juan Samu, Paolo Villanelli, Fico Ossio (A/CA) Andrew Griffith
ADVANCE SOLICITED FOR MARCH RELEASE! Every IDW Transformers comic has led to this cataclysmic story! The culmination of IDW's Transformers Universe! The end is nigh! Unicron, a planet-sized being that devours other worlds, has set its sights on Cybertron and all of its colonies-including Earth! Optimus Prime, Bumblebee, and their friends must unite every Cybertronian, Earthling, and ally they have to stand against this threat to all existence. But why is Unicron hell-bent on destroying Cybertron-what original sin did Optimus Prime's ancestors commit to earn this wrath? It's an all-out battle against extinction as the world-destroying, universe-shattering threat of Unicron is on its way.
In Shops: Apr 03, 2019
SRP: $24.99