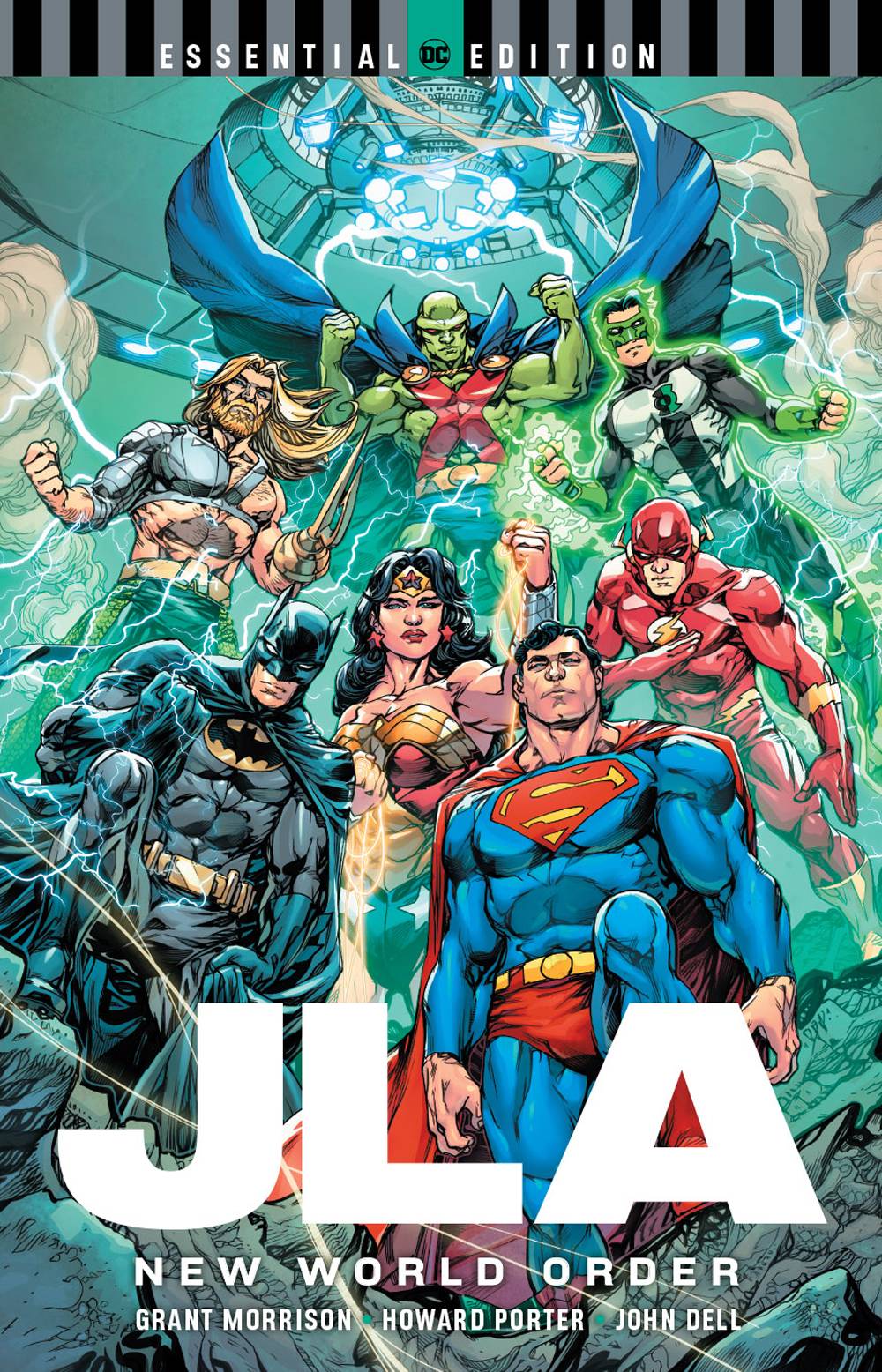 #
DEC180651
(W) Grant Morrison, Mark Millar (A) John Dell, Oscar Jimenez, Ken Branch, Chip Wallace (A/CA) Howard Porter
The world's most classic heroes reunite to stop the world's newest champions. Posing as a new group of super-heroes, the Hyperclan have descended upon Earth, convincing everyone that they are a benevolent force. But as their true nature and plans come to light, only the World's Greatest Heroes can stop them. Standing side by side, Batman, Superman, Wonder Woman, Aquaman, the Flash, Green Lantern and the Martian Manhunter take on the alien posers and come to realize that Earth needs a force made up of only the mightiest of heroes. Collects JLA #1-9 and JLA SECRET FILES #1.
In Shops: Mar 06, 2019
SRP: $19.99