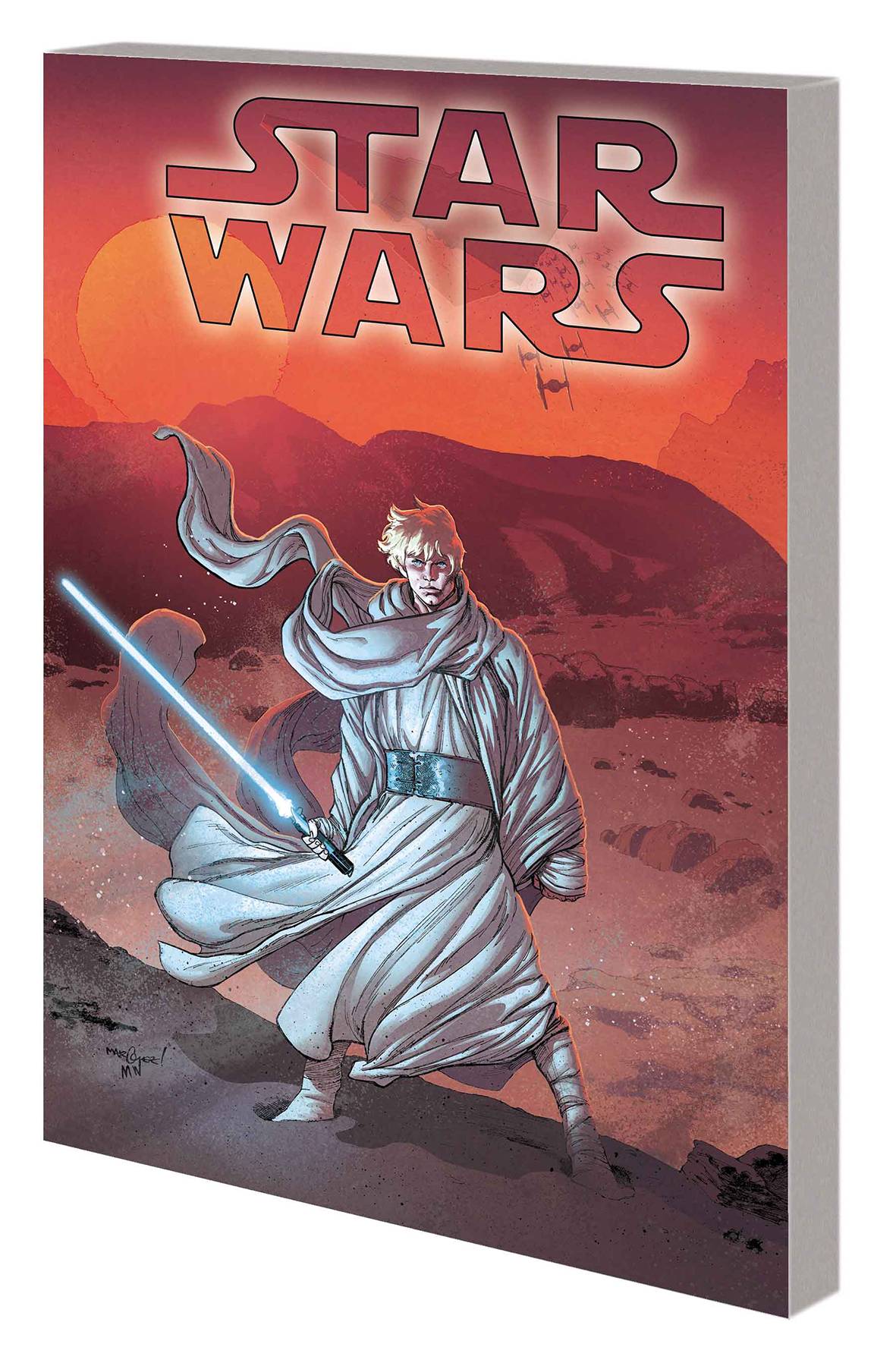 #
DEC170955
(W) Kieron Gillen (A) Salvador Larroca (CA) David Marquez
The possibility of the Death Star changed everything. But its destruction proved that the Empire is not irresistible. The specter of the devastating weapon brought together a patchwork cloth of people, united in hope. And now these rebels continue to fight for a better tomorrow for a galaxy far, far away! Jedha was left in ruins when the Death Star annihilated the Holy City - now, as Queen Trios' forces move in to strip what's left, the rebels struggle to preserve the planet for its survivors! With the Leviathan looming, Luke Skywalker is torn between his allegiance to the Rebellion and pursuing the path of a Jedi - so who will lead the charge against the Empire? The echoes of Rogue One continue to be heard in an all-new adventure written by Kieron Gillen (DARTH VADER, DOCTOR APHRA)! Collecting STAR WARS (2015) #38-43.
Rated T
In Shops: Apr 04, 2018
SRP: $17.99
View All Items In This Series
ORDER SUBSCRIBE WISH LIST